Published in:
By Maggie Kimberl
Back before there were consumer protection laws in the United States, an enterprising pharmaceutical salesman named George Garvin Brown came up with the idea to sell Bourbon in bottles with a sealed lid to ensure that what was inside was of top quality.

At the time Bourbon was mostly sold by the barrel, and when you would go to fill up your jug at the local saloon, grocery, or pharmacy you never knew whether the proprietor had added a little something to stretch his supply or to alter the flavor.

Brown kept hearing from doctors that they never knew what kind of Whiskey their patients would get (it was a medicine, after all), and thus the idea of putting top quality unadulterated Whiskey into sealed bottles was born.

A post shared by Orlando Whiskey Society (@orlandowhiskeysociety) on

It was the late 1800s when Brown got his start, and for many years around the turn of the last century his company’s headquarters was located in an area of Louisville called “Whiskey Row” - so named for the concentration of Bourbon businesses and distillery offices located there (the area is also quite haunted today). In the early 1900s what is today known as Brown-Forman relocated to a larger and more modern space, and the block slowly began to crumble.

Decades later there was talk about tearing down Whiskey Row, with its gorgeous iron and tile building facades, to make way for more modern and functional buildings. Marianne Zickuhr founded Preservation Louisville in 2007 and saved the facades from being torn down, preserving Louisville’s rank as having the second largest collection of iron-front buildings in the United States, behind the SoHo neighborhood of New York. It was an uphill battle that even earned Zickuhr some negative attention. 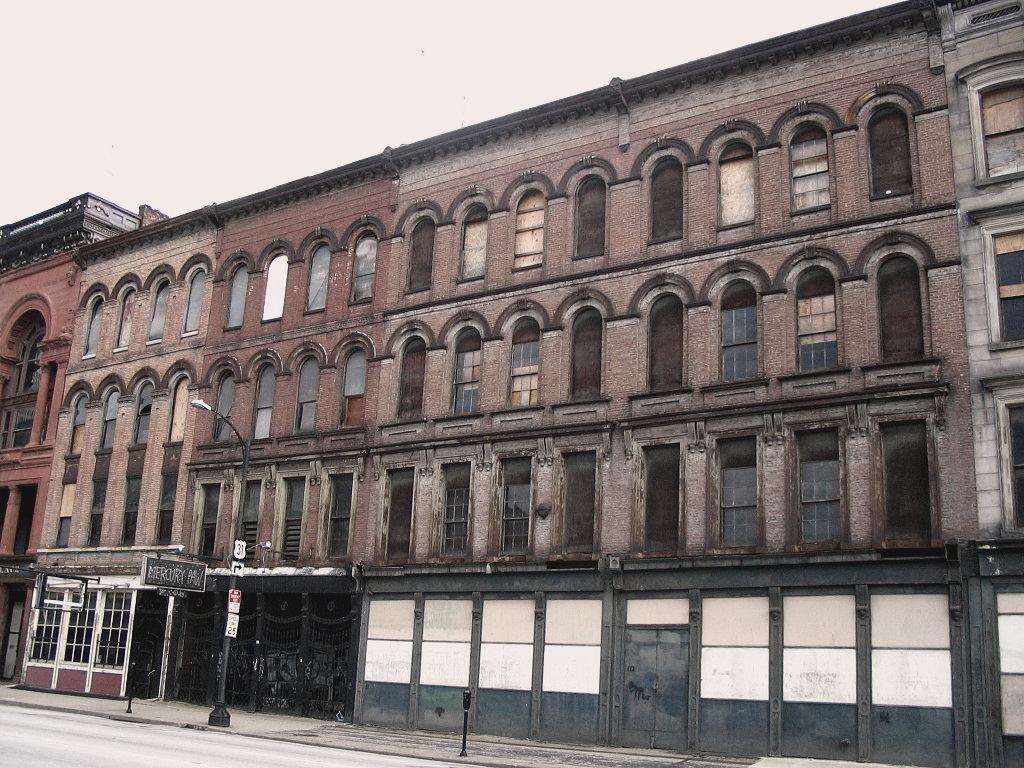 “It’s awesome to see that it is finally taking off,” said Zickuhr of the culmination of her efforts. “I hope that there’s a new generation that now comes downtown to learn our city’s history. I said not once not twice but three times that this block deserves our respect. It was here before us and it should be here after us. We’re the stewards of this.”

Brown-Forman announced in the fall of 2014 they would purchase their former homeplace at 117 and 119 Main Street and turn it into the Old Forester Distillery and Visitor’s Center. Then in July of 2015 the unthinkable happened: Whiskey Row caught fire. Fortunately Brown-Forman pressed forward with preservation efforts, pushing back the opening date to deal with the fire’s aftermath.

In the unlikeliest of underdog stories, the Whiskey Row distillery finally opened for public tours on June 14, 2018 after years of setbacks. What’s there is a state-of-the-art well designed and functional modern distillery where guests can see almost every part of the Bourbon making process.

Today's #oldforester drum ceremony! Welcome to Downtown Louisville, the #bourbondistrict and the official #bourbonepicenter of Kentucky!

A Modern, Fully-Functioning Distillery with the Only In-House Cooperage in America

Though the grinding of the grains and the cooking of the mash is done off-site (grinding grains is actually the biggest catalyst behind distillery explosions) guests can watch barrels being raised and charred in a mini-cooperage, see fermentation in open fermentation tanks, travel past the try boxes and enormous column still, see the bottling line, and try spirits in the tasting room. And, of course, there is a gift shop where the highly anticipated Old Forester President’s Choice will be available for purchase. 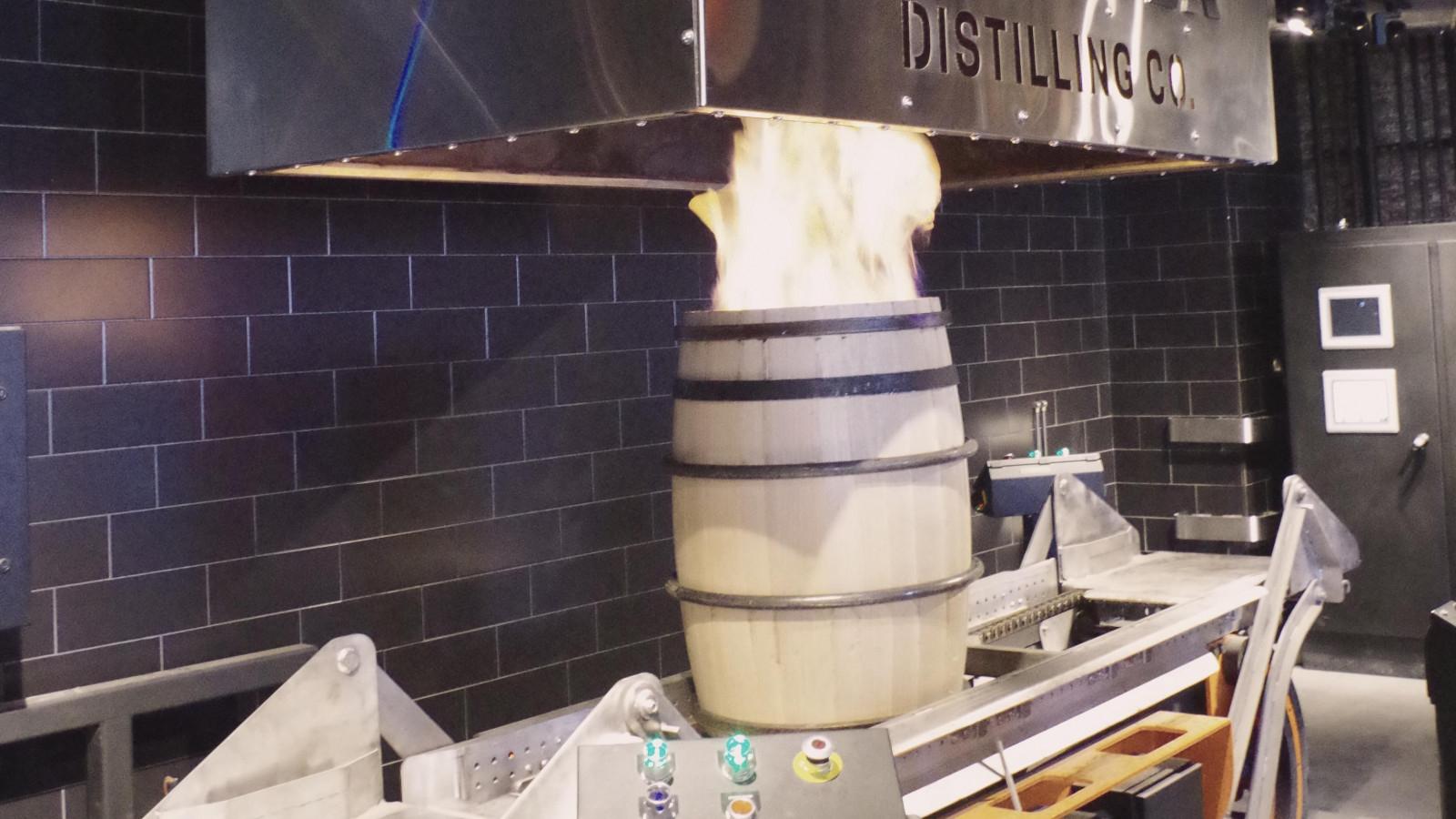 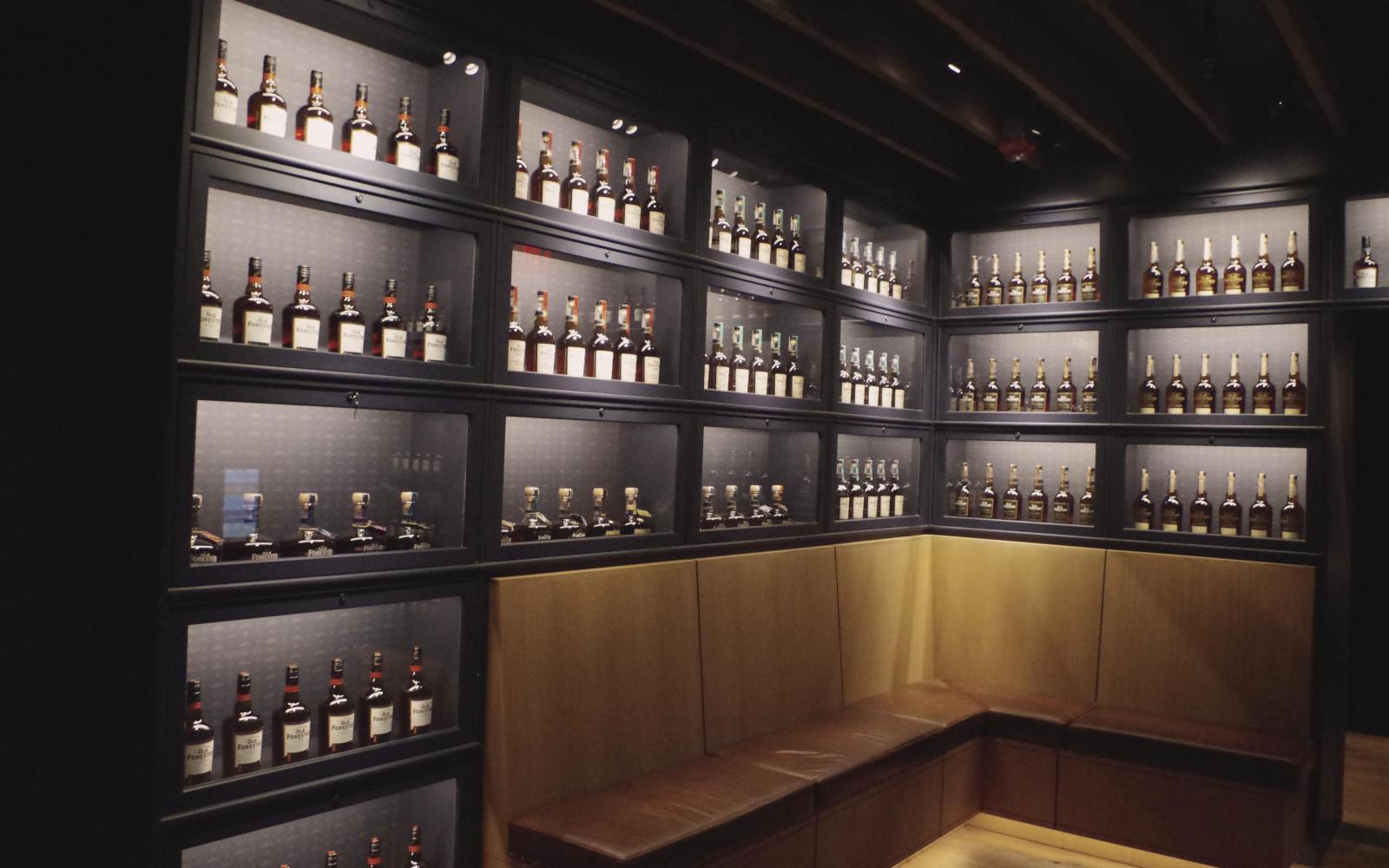