Through a Dark Glass - A Tales of the Cocktail Rum Diary 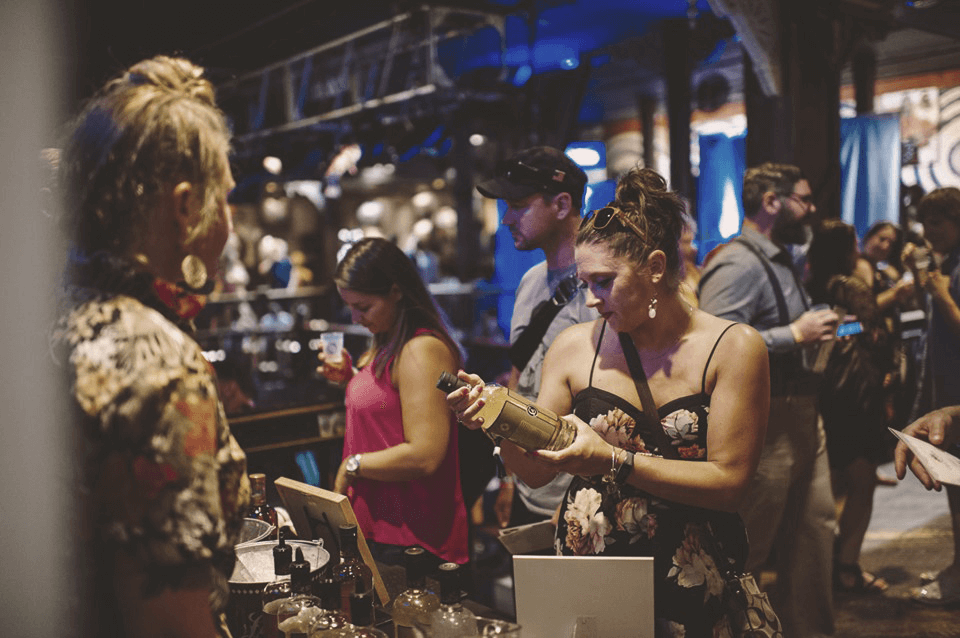 Part of my job as a writer covering the Rum industry is attending conferences and Spirit related events any chance I can. Every year one of the biggest events in the industry is Tales of the Cocktail located in New Orleans, Louisiana.
Operated by the Tales of the Cocktail Foundation, the organization uses the conference to create a platform for brands to promote their products, the Hospitality industry to discuss and act on challenges they are facing, and seminars that cover the full gamut of subjects relevant to the past, present, and future of the industry.

As far as the Rum industry; there were 18 sugar cane based brands represented from private blends, U.S. craft distilleries, and global distilleries and many of them had new products to promote. So after several days of exploration and discovery I present to you my 2019 Tales of the Cocktail Rum Diary.

Featured at the Rum Family Gathering

Wednesday evening several brands united for the first “Rum Family Gathering”. This collective of brands from the islands of Barbados, Jamaica, Martinique, and St. Lucia created a laid back environment where Rum enthusiasts and industry professionals could unite in fellowship and simply enjoy the evening away. Here are a few of the new Rums featured at the event.

A post shared by FRENCH Prince of BK (@frenchnotscotty) on

Released earlier this year Probitas (aka Veritas for the rest of the world) Rum is a blend of unaged Pot Still Rum from Hampden Estate Rum of Jamaica and both unaged Coffey and Two Year Pot Still Rums from the Foursquare Rum Distillery of Barbados.

A post shared by LA's Oldest Tiki Bar (@tongahut) on

This Rum blend is outstanding in any cocktails it was tried in, and believe me at Tales it was consumed in many Daiquiris at that night.

Like Probitas, Hampden Estate Pure Single Estate Rum was released earlier this year in a 46% ABV and 60% ABV versions in an exclusive distribution deal with La Maison & Velier.

This seven year old Rum is produced using fermented molasses and distilled using a double retort pot still. This new Rum is a favorite for those who enjoy high ester Jamaican Rums.

The Real McCoy Rum line is a private Rum brand named for the Prohibition era Rum Runner Bill McCoy, and is produced at the Foursquare Rum Distillery in Barbados. In 2019 the company has released a new limited edition 14 year old Rum.

The name of the game: Rum Running ???? Inspirstion behind the Swizzle Rum Bar & Drinkery. A time when acquiring rum was thanks to the few #5am #till5am #gotrum #mccoy #realmccoy #swizzle #cocktailbar #classiccocktails #contemporarycocktails #comingsoon #miamirumexperience

A post shared by Swizzle Rum Bar & Drinkery (@swizzle_rumbar_drinkery) on

Using fermented molasses, the Foursquare team uses both pot and coumn stills to distill this Rum. Aged in once used American White Oak barrels the youngest Rum in the blend is 14 years old and is sold at 46% ABV. The Rum was showcased at two events and really attracted the attention of Whisky and Scotch fans with its complex flavor profile.

A post shared by New Haven Cocktail Week (@newhavencocktailweek) on


A New Clairin from Haiti

Saint Benevolence is known for a Rum blend that they have been selling for the past couple of years. At this year’s Tales they proudly did a sneak preview of their 2018 vintage of Saint Benevolence Rum Clairin.

This Clairin is produced at the Dorcinvil Distillery in Haiti using fresh sugar cane juice and a small amount of sugar cane syrup to prolong fermentation. It is blended to 100 proof and stands out with a robust aroma and flavor profile that makes it ideal for punches and creative fruit based cocktails.

A post shared by Saint Benevolence Rum (@saintbenevolence) on

The owner of the company is dedicated to helping the people of Haiti and all proceeds related to his two products go back to the education and medical needs of the town Saint Michel de l’Attalaye. Look for this product to arrive in stores late summer-early fall.

Over the years it is always great to see the team from Lyon Distilling and this year they had big news! Lyon Distilling has recently launched two limited products their Toasted Coconut Liqueur as well as their Pineapple Rum.

The base for each spirit is created by fermenting a combination of Louisiana sugar and blackstrap molasses, then distilled twice in small batches using pot stills. For the Coconut Liqueur the Rum is infused with hand toasted coconut and a small amount of Demerara sugar to sweeten and balance the product before it is bottled at 30% ABV.

For the Pineapple Rum they start with hand dehydrated pineapple slices and infuse it in the Rum for a few weeks before resting the Rum in French Oak barrels for an unspecified time period. (Everybody has to have their secrets.) Then the Rum is bottled at 57% ABV with no sugar added.

As the smoke is clearing from the show and my liver is speaking to me again I realized this was one of my favorite American craft spirits of the entire event. Both are available in limited supply at the distillery and a few choice outlets.

A local favorite for Tales of the Cocktail the New Orleans based Celebration Distillery produces a full line of Rums. For 2019 they have released three new Rum based products: Gingeroo, Stawberoo, and Tamaroo.

Setting the scene - we in the Rum industry often here development rumors of new products, stalk TTB label approvals, and look for press releases in our Google feeds. (Yes, it is a thing, no judging.) So due to all of these things I was aware the Sherry Cask Finish product from Don Q was coming soon.

So Thursday night I am bouncing around the French Quarter from one event aka bar to another and I remembered that Don Q was having a Pop Up at the Old Absinthe House. I followed the music to the back room, found my friends and was immediately handed a sample of ruby tinged Rum and was told it was their new Sherry Cask finished Rum.

The blend of Rums is originally aged between 5 to 8 years in American White Oak Barrels and finished in select Sherry Casks for an additional year before being bottled at 82 proof.

Among Rum aficionados’ there was quite a bit of buzz concerning new Rum from Bacardi. During the event I was honored to be invited to meet with David Cid Maestro de Ron for Bacardi.

A post shared by Chef John O’Neil (@chef.john.oneil) on

During that meeting we discussed in detail the new Bacardi Gran Reserva Especial a blend of 16 and 17 year old Rums created as part of a limited edition release for travel retail. Rolling out this July the Rum will be available in Hawaii, Singapore Changi, and Los Angeles airports.

This column still Rum is distilled from fermented molasses and aged in American white oak Bourbon barrels before being blended to 40% ABV. When one thinks about the amount of Rum that evaporates from a barrel every year it was a challenge for Bacardi’s Maestros to find the right Rums for the blend.

As you can see 2019 is shaping up to be an excellent year for new Rums. The diversity of production methods and flavor profiles revealed during the week had something for everyone from bottled cocktails to fine Rums.

Hopefully you found something in this Rum Diary that you will find interesting enough to track down and pick up for your home bar. I know I did. Happy Hunting!

Cover image: Tales of the Cockail