Moonshine: 7 Illegal Hooch Stories in 7 Countries of the World

From ancient alchemy and Prohibition to Brazilian prisons and battery acid; Homo Ebrius (Latin for a drunk lad) always found a way to make some hooch.
The story of humans and alcohol is at least four millennia old, and there was always someone trying to turn a perfectly good plant into something that gave a nice buzz. Talk about magic.

Home distilling therefore isn’t a new phenomenon, but the most famous instance occurred less than a century ago in Appalachia, where the beloved term “Moonshine” was also born. We’re of course talking about Prohibition, when every kind of booze-making was against the law.

The Scottish-Irish immigrants that lived between Mississippi and New York refused to give up their alcohol, so they made their own. They mostly produced Whisky, following the ancient recipes they brought from the old country. Distilling was done in complete secrecy, under the moonlight, so the cops wouldn’t find them. Hence the word “Moonshine”. 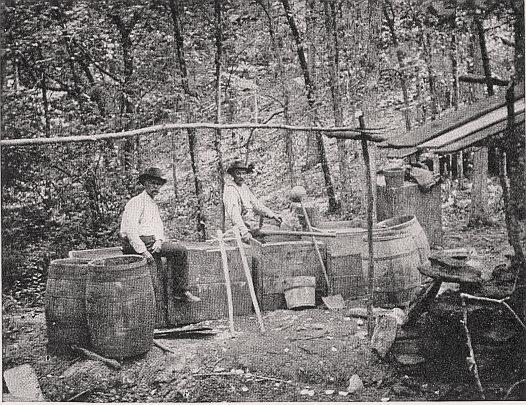 Now, these backyard master distillers used subpar equipment, strange ingredients, and didn’t always care about hygiene. The product was often contaminated and dangerous, but the moonshiners weren’t the only ones responsible for countless cases of blindness, madness or death.

The government intentionally poisoned batches of industrial alcohols that were stolen by gangsters and resold as the real deal. By the end of the Prohibish, almost 10,000 drinkers perished. Just letting you know the Feds weren’t just chasing mobsters.

Anyway, the Americans aren’t the only moonshiner nation. Like we said, people have been distilling for centuries all over the place. Let’s get familiar with other fun (and probably dangerous) Spirits.

While stateside Irish immigrants preferred Whiskey, the Irish themselves moonshined Poteen (or Poitín). The term comes from the diminutive Irish word for pot, as Poteen was distilled in small pot stills. Traditionally, it was made from malted barley, but recent recipes allows treacle, corn or potatoes. 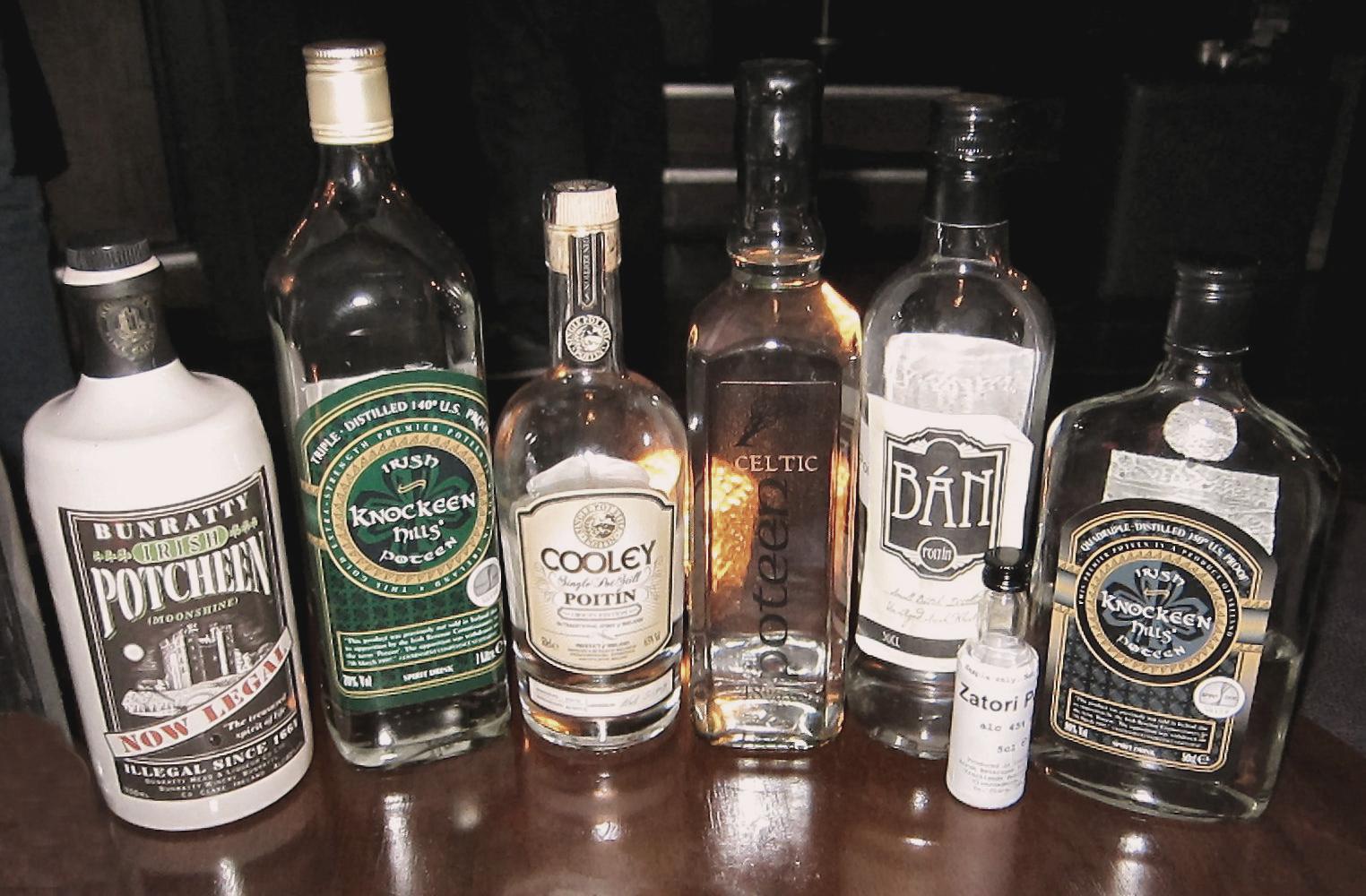 Poteen was illegal for more than 300 years, though. King Charles II outlawed it to curb tax evasion, a decision that was only remedied in 1997. Irish Whiskey is now Ireland’s favorite son, but clear and unaged Poteen is slowly coming back. Probably through hipsters.

Although Vodka is the poster drink for Russia, there’s a less known, less expensive Spirit that’s five times more popular among the common Russians: Samogon. The word literally means “self-distilled” and it was traditionally made from grains. Today, the Ruskies make Samogon from a variety of things, including ordinary sugar, beets, potatoes, or your favorite fruit. 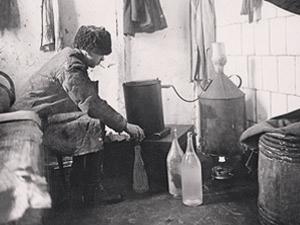 One can produce Samogon at home freely, while selling it requires a license. The most quality Samogon is the initial distillation that has no smell and it tastes better. Every subsequent iteration may literally stink, but since the Spirit is cheap to produce and its flavor is highly customizable, it’s clear why people love it more than the expensive and cosmopolitan Vodka.

People love to drink even if you put them in the clink. There’s as many prison Moonshines as there are prisons, but the most notorious must be “Crazy Mary” from Sao Paulo. Since it’s illegal to distill in a prison, distilling equipment isn’t really something a warden would allow, and smuggling ingredients is a feat in itself, making Crazy Mary is a pain in the butt. But it’s supposed to taste incredible, so it’s worth a shot.

What you need is four pounds of sugar, uncooked rice, and as much fruit you can get. Sanitize your gear, clean and chop the fruit, and throw everything in the boiling hot water. Then, add baker’s yeast. Sure, that’s the royal version. If your contraband contacts suck, you may have to use canned fruit or just rice, while plain bread will have to stand in for yeast. All you have to figure out now is how to distill it without alerting the guards.

You will have to make this drink at home if you’re not planning on spending time in a Brazilian prison, because we haven’t found a legal distiller that bottles Maria Louca.

The fruit Brandy called Rakija is the national drink of many countries in the Balkans. It’s typically made from plums, but you can use pears, apples, peaches, grapes, apricots, quince, figs, cherries, herbs, juniper, honey, and anise. The name of Rakija depends on what you use. If you put the plums in it, it's called "Sljivovica", but if you use herbs, it's "Travarica". It’s wildly popular in Serbia, where there are over 10,000 private producers, while the Croats use the herbal version as an aperitif. The Turkish “Raki” is unsweetened or anise-flavored and is comparable to Sambuca or Ouzo.

A post shared by Liquor Stax Bonnyrigg (@liquorstaxbonnyrigg) on

Rakija is usually quite potent and served in small shot glasses. It’s omnipresent in all occasions, from toasting the newlyweds, to wishing a peaceful eternity to the deceased. If you visit someone in the Balkans, you can be assured you’ll be offered a shot of Rakija, and you should not refuse it.

The classic Aguardiente Guatemala might mention in their tourism pamphlet is definitely Quetzalteca, but their wildest hooch must be Cusha. It’s an ancient Moonshine made in Mayan indigenous communities from corn for the last few centuries. It was used in sacred rituals where Shamans spit the Spirit all over people for the magical and healing powers it’s supposed to have. That’s metal and all, until you learn some producers use patches of cloth filled with cow poo to hasten fermentation. Gross, but then again, the most expensive coffee is made using bat dung, so…

A post shared by The Imperfect Hope (@theimperfecthope) on

In any case, there’s no authoritative recipe for Cusha, which means you have to be careful what you drink. Some batches are strong as hell and might literally kill you if you overdo it. Don’t say we didn’t warn you.

When a drink is nicknamed “Kill Me Quick”, you can assume you’re not dealing with Disney type of booze. Made in slums of Nairobi, Chang’aa is much cheaper and stronger than other beverages. A glass costs up to $0.40 and criminal gangs make sure the government can’t keep an eye on production.

A post shared by Ndoto: For Africa's Future (@teamndoto) on

Chang’aa is typically distilled from maize or millet, and many producers spike it with methanol for an extra kick. If that isn’t around, people adulterate Chang’aa with jet fuel, battery acid or embalming fluid. It smells like bad Whiskey and reportedly smashes your brain like toluene. We wouldn’t exactly recommend trying it if you’re planning on keeping your sight or a heartbeat.

Pontikka is, simply said, homemade Vodka. The Finns use any type of fermentable carbs available, usually grain, potatoes or sugar. They turn the ingredients into a “Kilju”, a low-quality, low-ABV beverage known as sugar wine, and distill it thrice.

The word “Pontikka” comes from Pontet-Canet, a French wine that was popular among the Finnish elite in the 19th century. When poor commoners made their own potion, they ironically gave it a similarly-sounding name. Pontikka was huge for centuries, although it’s quite rare nowadays due to better living standards and availability of cheap legal booze. It’s still illegal to make your own Moonshine, but naughty Finns see it as a hobby.

We can see how resourceful and sometimes even reckless people are when they want a homemade tipple. These drinks are just a fraction of the incredible underground world of Moonshine. Every country has its own version and history. While we think you should avoid Moonshine if you’re not quite sure what you’re being offered, do explore this vast and exciting world.

Moonshine is getting more and more popular among the Spirit aficionados and is becoming a top-shelf drink. Just don’t add jet fuel, we beg you.