Our Life-Celebrating Larga Vida Rum Is Getting a Chapter II

Published in:
By Jackie Gutierrez-Jones
Before we had ASMR and cute puppy videos to keep us from losing our shit every day, we used Rum. In fact, the sweet stuff has been a life hack for getting through the hardships of the daily grind for centuries. And while we have all of the conveniences of modern life to make things a tad easier today, one thing still holds true: our love for proper, aged, smooth-as-f**k Rum.
And that’s the inspiration behind Larga Vida XO 2019 Edition, the second rendition of the Flaviar’s very first blended Rum. So, let’s properly introduce you to this complex, tropical, treat in a glass, shall we?

After all, we’re not a bunch of unmannered brutes. Our mamas raised us right.

A more accurate question is: “Why not?”

With the never ending mission to educate people on fine Spirits and spread the boozy love, we’ve decided to give our O.G. XO Rum an heir. After our smoky and slick Scotch Son of a Peat got a sequel, it seemed like a good idea to do the same thing for Larga Vida.

Rum used to have a bad reputation for being a bum’s Spirit, only good for mixing and cooking. Our first Larga Vida proved the stereotype wrong, and we hope the 2019 Edition only strengthens the idea of Rum as a classy drink. The fact is, a properly-made sipping Rum can be the perfect gateway to the exciting world of fine Spirits. And that’s exactly in line with Flaviar’s mission: Flavor to the People. No coincidence there. 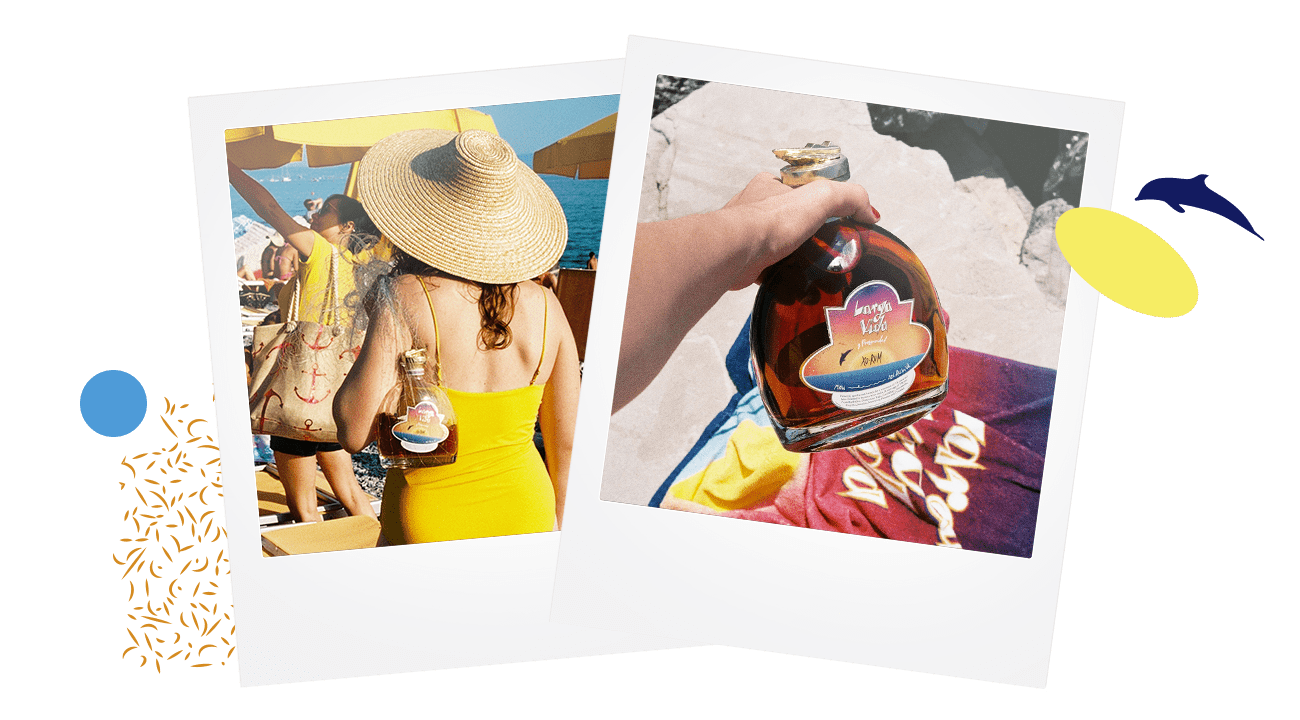 The making of Larga Vida

Our premium sipping Rum is the result of artful blending, marrying and finishing by Flaviar co-founder Grisa Soba. “A little honesty goes a long way. So yeah, we could say Larga Vida is just another sourced Rum. But that wouldn’t be fair. It was done in a way where Flaviar had a total control over the whole process,” says Grisa. “It’s a privilege to be able to source most of the juice directly at the source, to finish different expressions yourself, to marry them, then finish it further and finally, to blend it.” 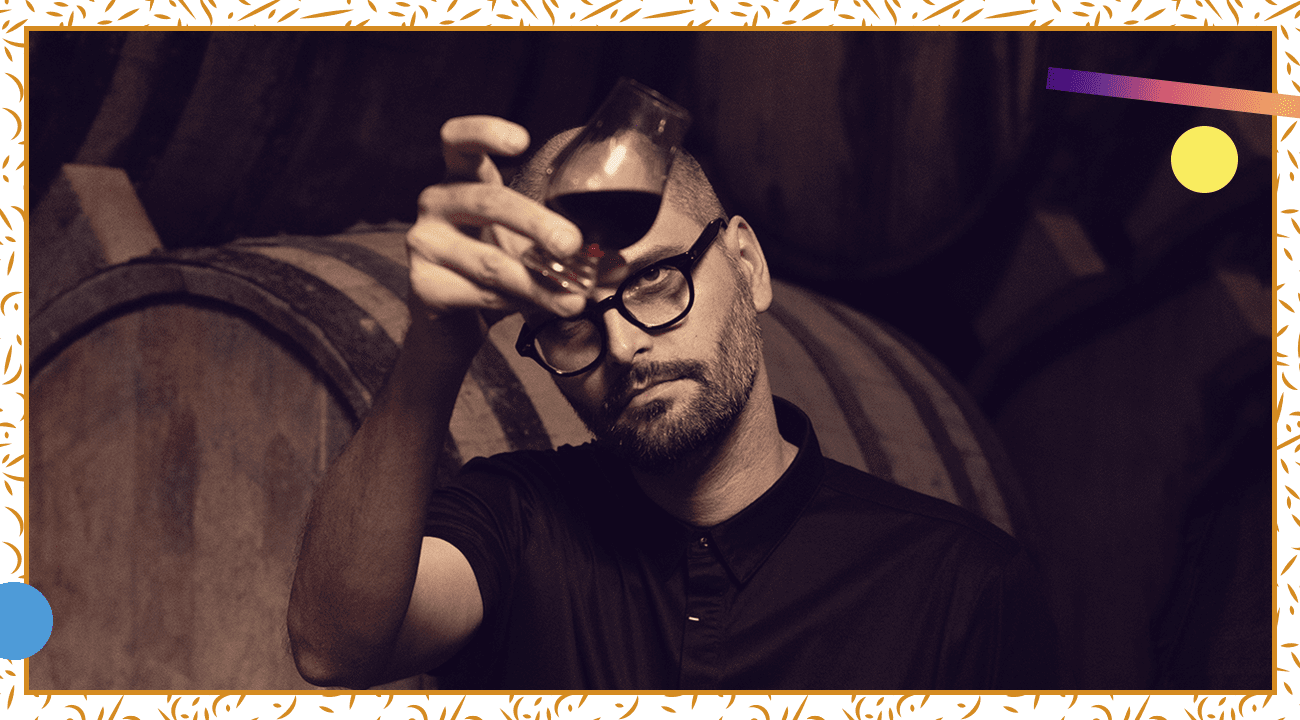 As always, everything starts with stellar sourcing. While the first Larga Vida consisted of 9 Caribbean Rums (Barbados, Dominican Republic, Guadalupe, Guatemala, Guyana, Jamaica, Mauritius, Panama and Trinidad), 2019 Edition comes with an extra terroir: Colombia. This band of Tropical Rums has a difficult job: each Spirit needs to shine, complement the other nine Rums, and at the same time elevate the final product. We’ve created a choir of voices where no particular Rum sticks out, but you can savor the unique character of each one if you take your time with it. And trust us - you definitely want to take your time with it. 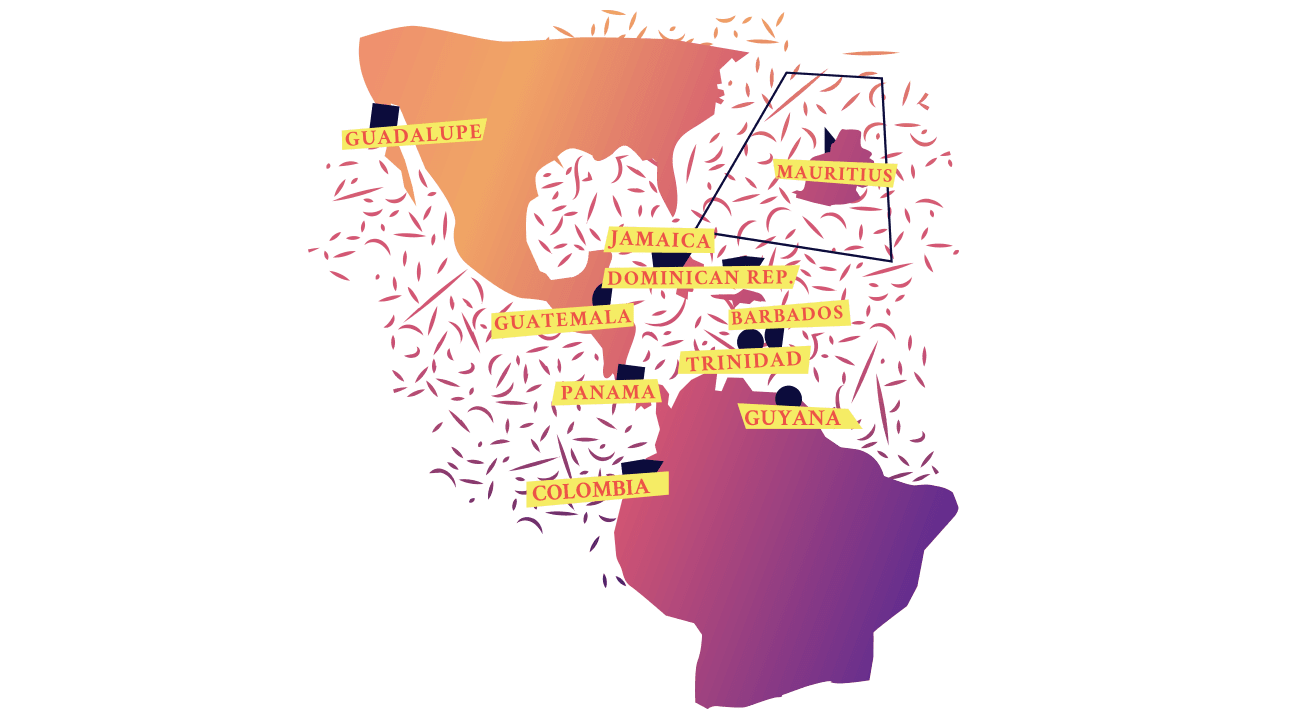 The Terrific Ten spent their sweet time in the woodlands of different oak casks and barrels - new and old, toasted and charred, plus a few ex-Merlot and former Cabernet barrels. Afterwards, they were carefully blended to create a supremely sippable potion that's complex, balanced and rounded.

“To me, the art of blending is to mix spirits in such a way that each one adds to each other, creating something new and unique—and that’s exactly what Larga Vida is,” says Grisa. 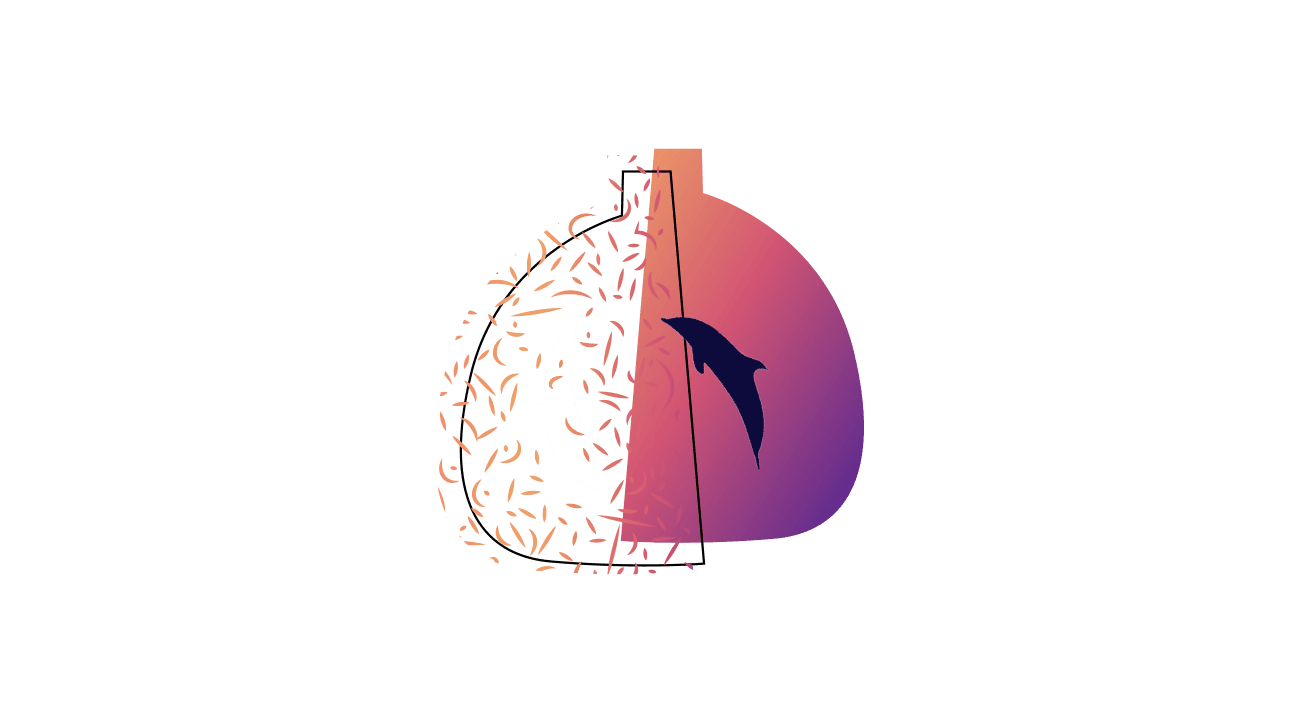 No single flavor sticks out, but you'll be able to savor layered characters in this dark amber potion. Let the aromas seduce you, take a sip and hit the pause button. If you tasted the first chapter, you'll recognize its DNA with notes of bananas, fanilla, cinnamon, and citrus. We added an opulence of dates and honeycomb, while amping up the oakiness and nuttiness. The entire symphony is underlined by the inherent smoke, finishing each sip on Cognac-esque notes. It absolutely shines when you taste it neat, but it will elevate any Rum-based concoction. 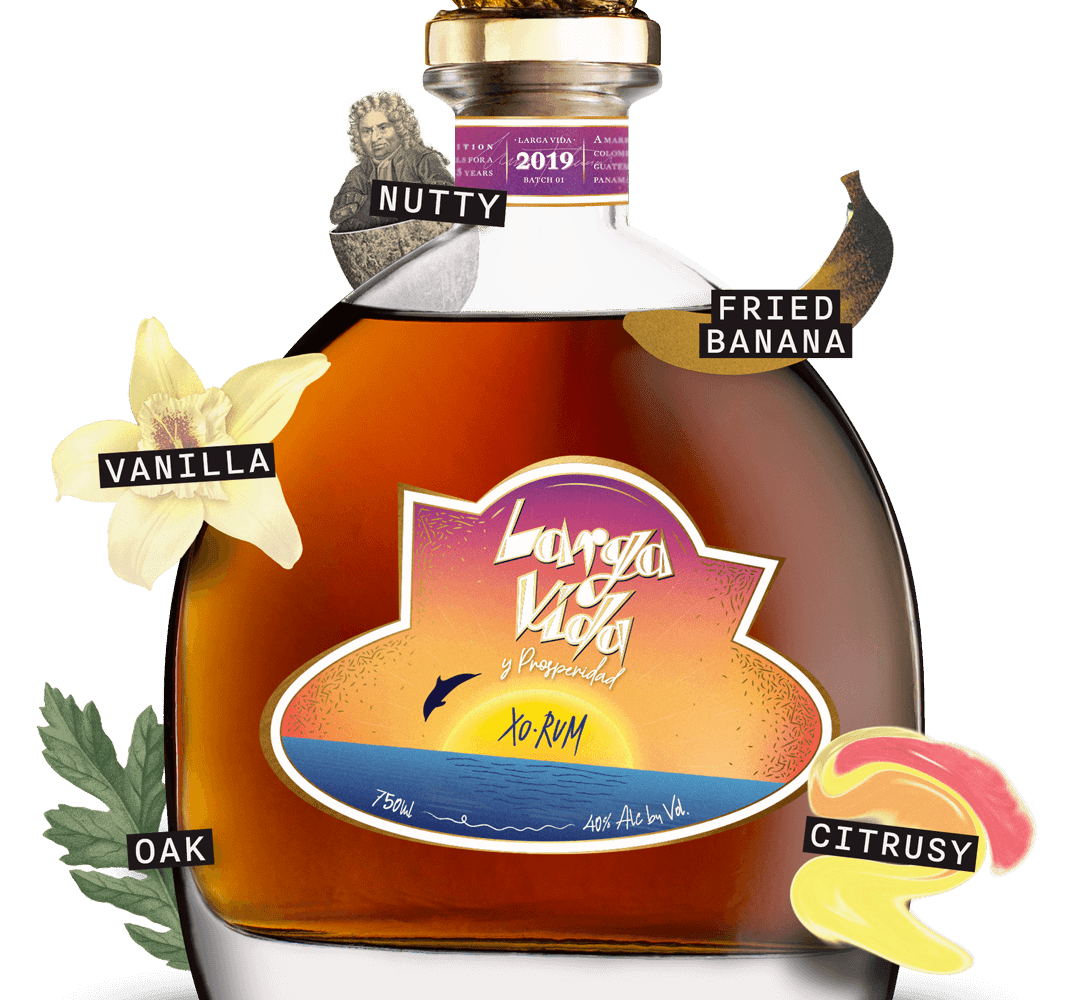 And finally, what’s in a name?

Larga Vida is Spanish for “long life.” And that’s central to the key message we want to convey with every single sip: this Rum reflects how bittersweet life truly is. Its attitude is positive and optimistic despite the challenges that life throws its way. We like to say that Larga Vida is a Rum for people who are crazy for life, who embrace and appreciate all aspects of it but also accept that it can be “a piece of s**t” sometimes. And it only proposes one thing: don’t make things more complicated than they already are. 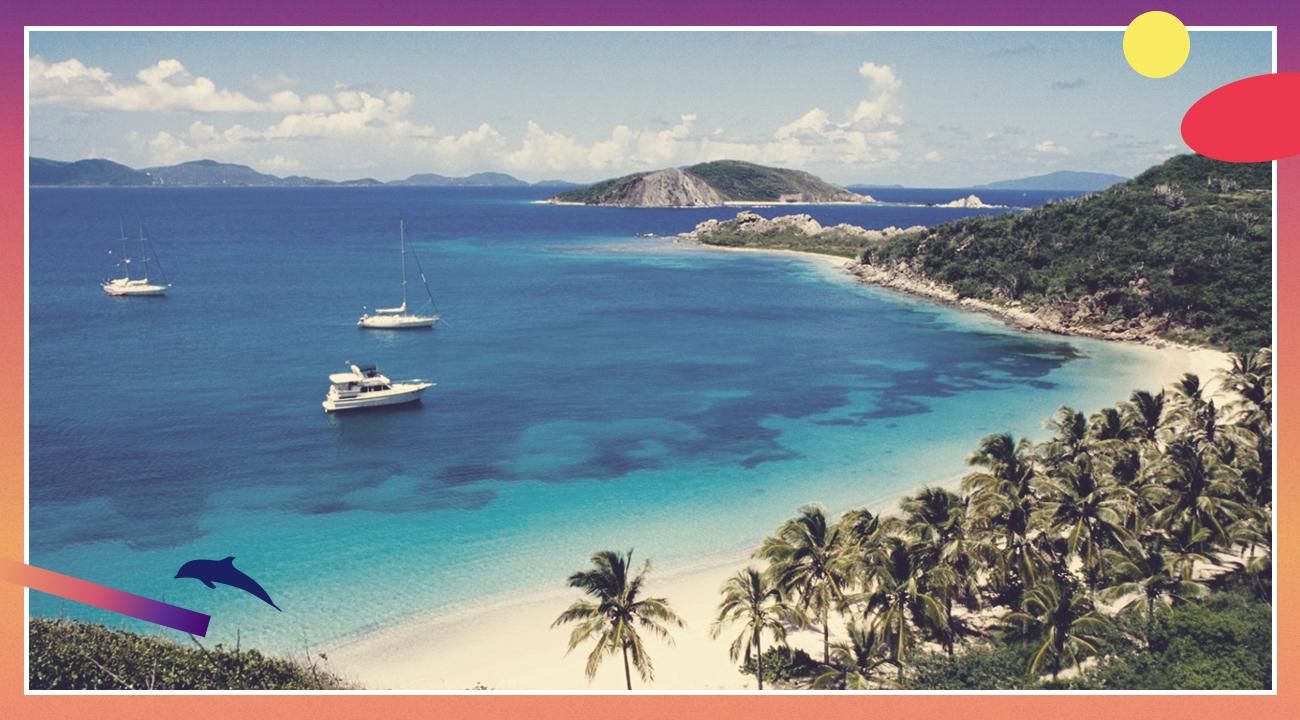 “Brand-wise, it might appear that we don't give a f**k, but in fact, we're dead serious with what Larga Vida represents in its essence,” says Grisa. “I really do hope Sonny Crockett is proud of the speed boat stopper that we’ve come up with. You thought Blanton’s stopper was cool? Take a look at Larga Vida and think again.”

While Larga Vida is a premium Rum, it does not mean it was made for the One-percenters. We wanted to bring the experience of a top-notch sipping Rum to the people, and make them rethink the ancient Spirit. It's a true "Ron para todos": Larga Vida is aimed at people who know their way around the sipping Rums; at people who just want a lovely summer Rum cocktail and pretend their living room is a pristine beach in the Caribbean; and it's made for all the "Rum Rookies" who only know the drink from Mojitos and Christmas cakes. 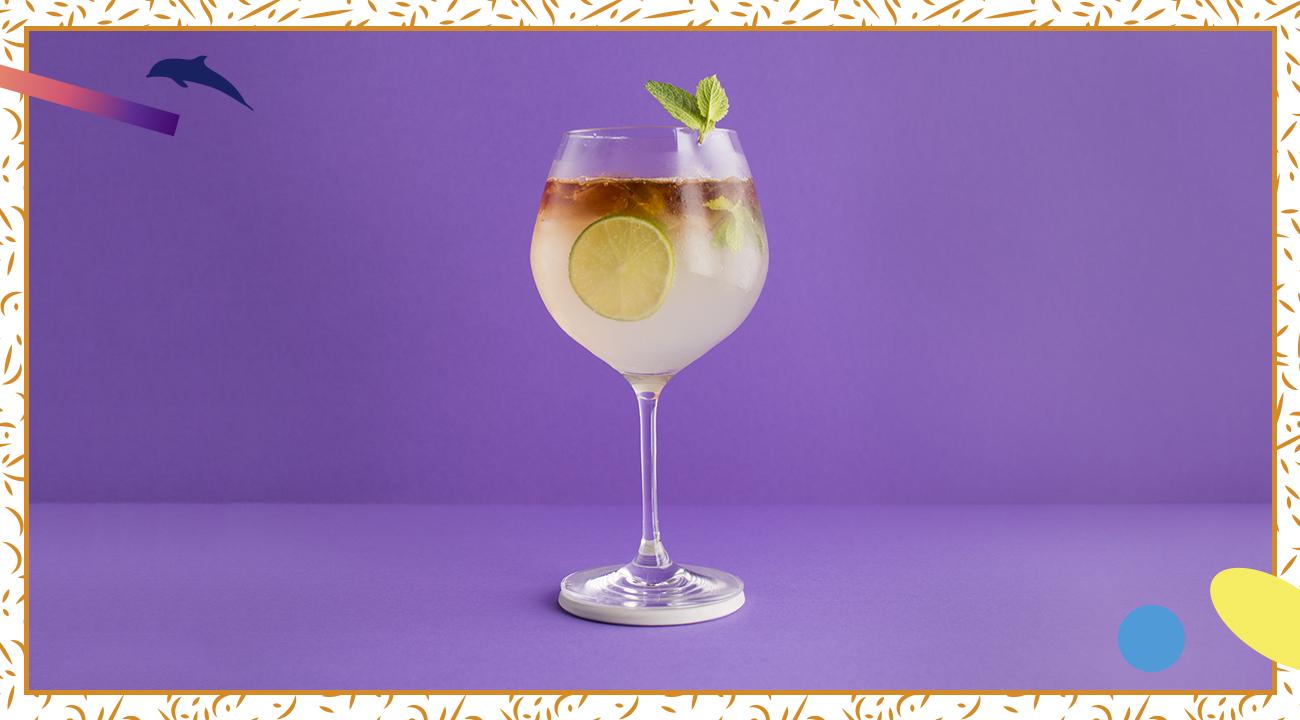 It doesn't matter if Larga Vida is your gateway Rum or an addition to your huge Rum collection. What matters is that it makes you enjoy the moment and appreciate Rum.
Read more about:
Published Jul 26th 2019
By Jackie Gutierrez-Jones