The Curious Eleven with Jarred Craven 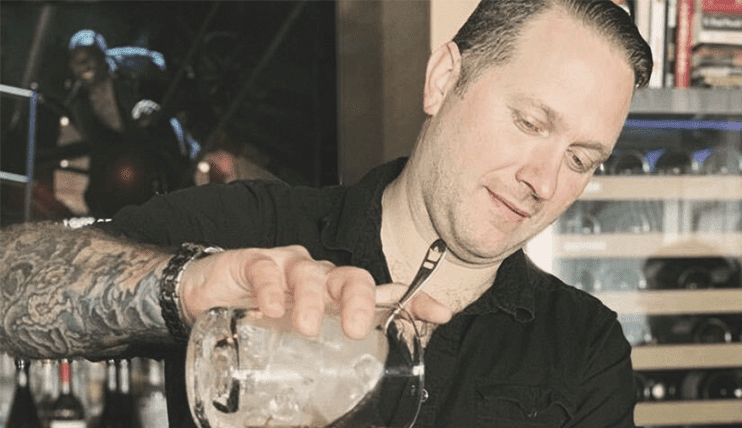 Having worked in bars all over the country, this recently hitched South Florida native now calls Los Angeles home. Jarred Craven dishes on his love for the industry, his guests, and a good dumb joke.
A seasoned industry vet, Jarred’s been in the bar business since 2000. But it was only after getting his liberal arts degree at UF and becoming a bartender in 2002, that he discovered he could to combine his love of cocktails with his passion for the past...the rest was history.  He moved to Austin in 2007 before settling in his new LA pad. 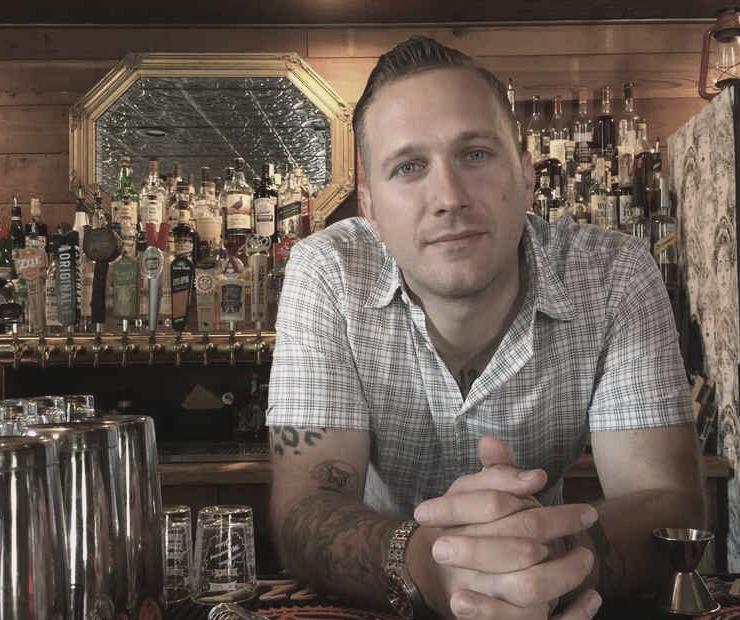 Like many in this industry I majored in liberal arts, which is why we’re bartenders now. History and anthropology for me. I love the culture and history of cocktails as well as the service industry in general. I was all in when I realized I could combine my career with what I studied without working in a stuffy museum.

I’m a lifer in the hospitality industry.

Attention to detail including cleanliness, being a people person, communication with guests and coworkers, passion, and work ethic. History and recipes can be taught, but they are useless if you don’t have those skills.

Whichever one you’re not set up to make properly. And that’s not the guest’s fault so don’t be annoyed with them because you weren’t ready to make a drink at a bar.

My version of heaven is a movie, steak, and a glass of Whisk(e)y so I have to go with a good pour of the latter. Not a cocktail, but my heaven my rules. And yes, my version of St Peter would be Ron Swanson since you were curious.

Bartenders often value cocktails different than how most folks do. I can easily name a dozen forgotten classics that are great. Instead, I’m going to choose the much-maligned category of Disco Drinks, which are your Harvey Wallbangers. Long Island Iced Teas, White Russians, etc.

I love the culture and history of cocktails as well as the service industry in general.
These drinks were badly made because the quality was valued less than speed and drinking it quickly. And let’s be real, tastes buds were a little numb in bars during the 70s. I can’t imagine why. Done right a lot of these cocktails are actually really good.

A well-made Midori Sour is delicious! I don’t know that I’d call them overrated, but I can’t stand an Espresso Martini. That is because I loathe the smell and taste of coffee though. I don’t like chocolate either. I know, I’m weird.

If I’m feeling something lighter than a Bourbon soda I’ll go for a hefeweizen or a spritz. Aperol Spritz is obviously great, but I also love a savory Cynar Spritz with olives.

I’m assuming this means ingredients besides the basics of Vodka, Gin, Rum, Tequila, and Whiskey because a booze lover would probably already have more than those 5 bottles at home.

Vodka can really help add body to a cocktail and soften more potent ingredients. However, with so many styles and flavors, I would say Gin is the most versatile.

It’s all about wearing the right shoes.

My version of heaven is a movie, steak, and a glass of Whisk(e)y.

Early in my bar career, I had worked a show for a very popular indie band. Later, a bunch of us including the band were at a pool. I was the only one that didn’t get into it. A friend of mine was really drunk. We tried to get her home, but she was obsessed with the band and wouldn’t leave.

Eventually, people stopped paying attention. I noticed she was gone and quickly realized she had passed out and floated to the bottom of the pool. I had to jump in fully clothed and save her from drowning. While carrying her Officer and a Gentleman style with both arms to our friend’s car to get her home she peed on me. I was not pleased.

What are your passions outside the world of Spirits? I don’t do as much woodworking or cycling as I once did but still enjoy both. I love classic movies as well. Most of all though I love dressing well. I wear a suit every opportunity I get. The Texas heat didn’t allow it often, but I would just say that I don’t dress for the weather.

I’ve considered UX/UI, law, and industrial engineering at various times. However, they were always with the industry in mind. UX/Ui for bars that need a stronger digital presence. Law to help F&B businesses navigate legal issues. Engineering to help streamline efficiency at bars. Most likely though I’d be a brand ambassador for a brand (or brands) I really love. I’m a lifer in the hospitality industry.

Multi-tasking. Left to myself I tend to be hyper-focused and single-minded. Those can be good qualities in certain circumstances, but it can make it difficult to have multiple spinning plates. Bartending is all about that though so it helps to remind me to bring that skill into my non-work life.

Sharing in someone’s memorable experience at a bar be it as a bartender helping to create it, working as an ambassador and sharing in it professionally, or being with friends, family, or even strangers and simply being in that moment.

Oscar Wilde. The man was so interesting, witty, and sassy as shit so I think it would be a hell of a time.