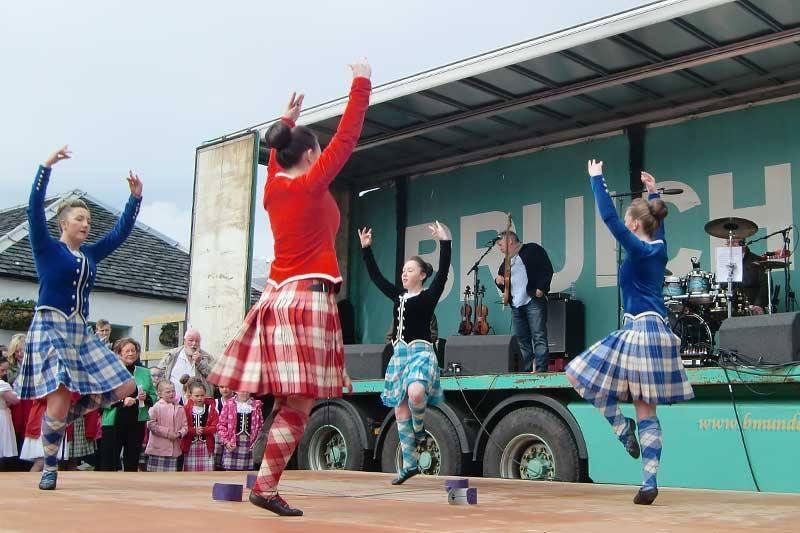 Islay Festival, or Feis Ile, is an annual week of malt and music shenanigans on the crown of the Southern Hebrides. Cask-fuelled merriment is complemented with Ceilidhs, bewitching coasts and cliffs, and lick-your-lips-good food. As Islay Festival 2015 wraps up, we wanted to remind you of all 8 great reasons not to miss Feis Ile 2016.

The Islay Festival first kicked off in 1986 when the local people decided that they should hang out more, in the name of celebrating the heritage and culture of Islay. Home of the smouldering dram, Islay’s peated Whiskies play the protagonist every May.

Over the years, the Islay Festival has become an opportunity for distilleries to showcase their world-class innovation, as well as their malts; a challenge which the sorcerers of Scotch grapple with ferocity.

Just this year, Ardbeg demonstrated that despite their bicentennial existence, they remain at the forefront of creative thought. The distillery offered a pop-up bar from the past, reminiscent of smugglers tales and warring clans, then another for the present, hailing Facebook and high-gravity mashing, before bowing to the possibilities of the future in a pop-up bar adorned with silver-suited staff who paid homage to hover-boarding. This is the kind of fun and games you can expect from Islay.

3. It's Where *The* Garden Party Happens

The festival traditionally kicks off with the Garden Party. Far from crust-robbed sandwiches and twee teapots, this garden party is one of bespoke casks and overflowing hampers accompanied with music under the stars and lashings of Whisky ice cream. Plonk all of this in the majestic setting of Islay House and its woodland and gardens, and you will wonder why the phrase ‘English garden party’ was ever coined.

4. Finding a Travel Companion is Easy-Peasy

If you’re hoping to tempt a Whisky novice, or more bravely, a Whisky abstainer, over for the festival, just show them a photo of Islay’s Loch Indaal. A snap of these hypnotic, untamed teal waters will distract from any distilleries on the horizon.
Other excellent spins on the situation are ‘We can learn some Gaelic’, ‘it’s all about the music’ (which is always exceptional) and ‘if you can manage the Guinness Storehouse, you will love this’. 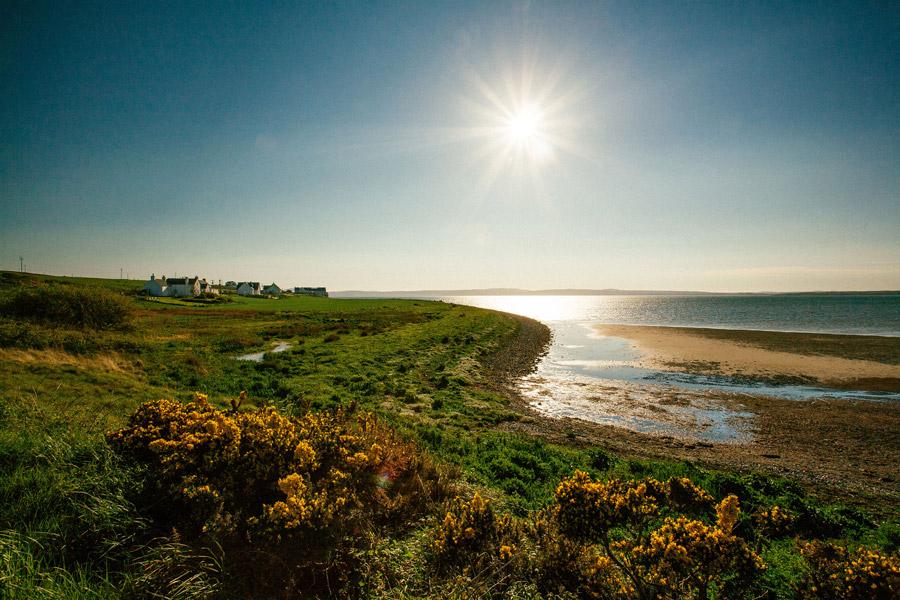 5. A Distillery a Day Keeps Your Worries Away

With eight working distilleries on Islay, in addition to the neighbouring Jura, Whisky lies at the heart of this festival. Traditionally, each distillery holds an open day throughout the week, holding events such as exclusive tastings, warehouse tours, malting masterclasses and even intimate music gigs. Between Lagavulin, Bruichladdich, Caol Ila, Laphroaig, Bowmore, Kilchoman, Bunnhabhain, Ardbeg and Jura’ s selection, your Instagram may well not need a filter.

Of an evening at the Islay Festival, you may find yourself careering around Lagavulin Malt Mill at a Folk Night, or declining the dosey-doe to sup under the Sound of Islay’s skies. For those who have limbered up for the occasion, there are always wonderful walking tours which generally end up in a castle somewhere, which is always the sign of a good night.

Other popular events in the distilleries can include memory lane style tours, tours run by operators and managers, or even founders – in the case of a young distillery such as Kilchoman. As well as VIP passes to maltbarns and cooperages, Bowmore have even been known to offer visits to their own peat banks, where visitors have the opportunity to cut their own peat. 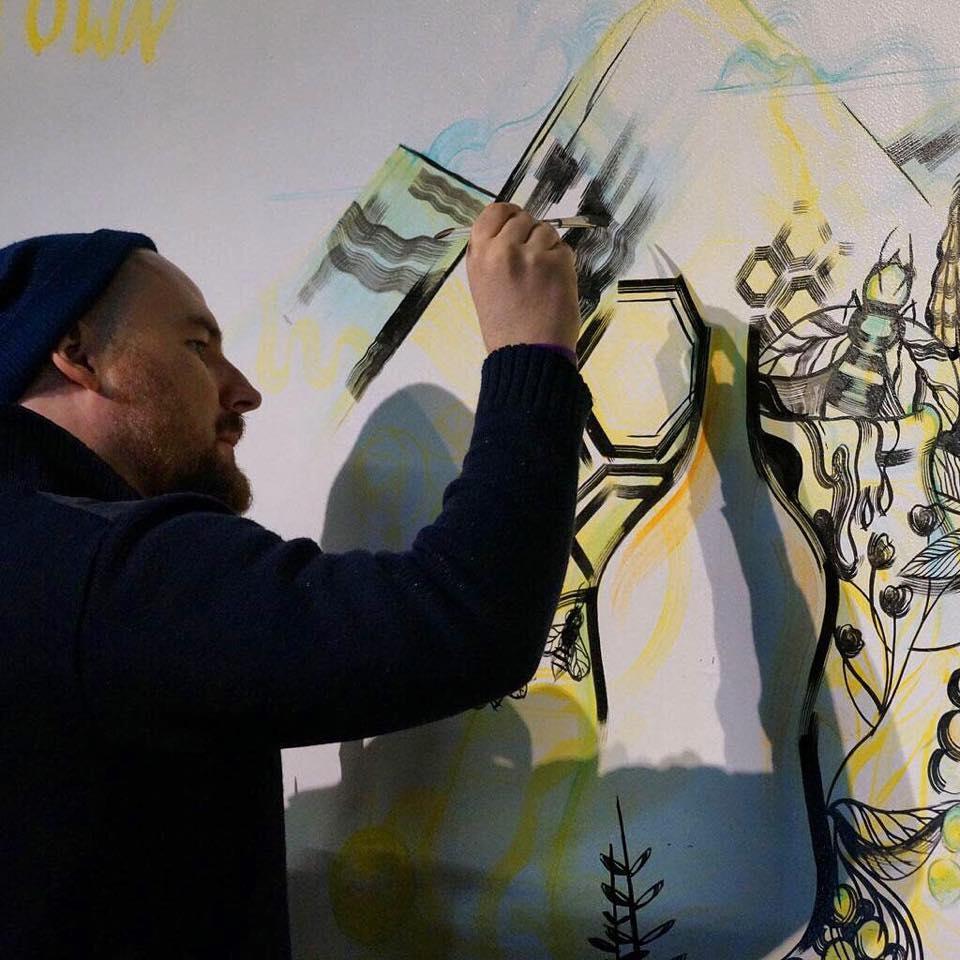 Again, should you be travelling with less-than-enthusiastic Whisky enthusiasts, ‘exfoliation’ is the word to pitch with here.

Post-peat trauma can always be rectified by a mixologist cocktail Whisky workshop elsewhere on the island.

You can always count on Jura to offer something a little different, as the distillery’s Tastival runs in synonymy with Islay Festival.

Whether it’s a pick and mix of tasting notes, from moschino cherries to liquourice allsorts, or a street artists let loose in the Cooperage, Jura will always provide a story for the pub back home.

Food is abundant at this festival and complements the liquid diet beautifully. Distilleries have recently gone big on canapés being incorporated into their tours, a move which has attracted absolutely no complaints.

It would be rude not to exploit Islay’s incredible coastal setting; so make the most of the oyster bars and seafood shacks which pepper the island during May. Many distilleries also invest in their good common sense to offer a chocolate and Whisky tasting at some point in the week, often consulting the expertise of a Highland chocolatier.

8. A Chance to get your hands on Exclusive Bottlings

Perhaps the highlight of the Islay Festival, is that most distilleries craft a limited edition cask especially for this final week of May. This year the Scottish Malt Whisky Society stopped us in our tracks with the Dark, Smouldering, Flamenco Gypsy. 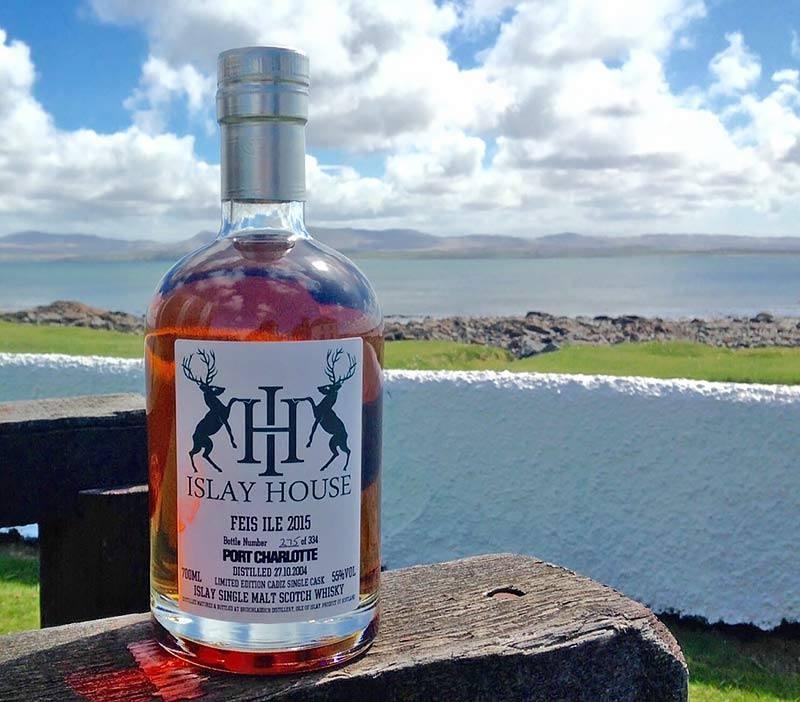 Forget about fashionably late, book your slots for next year’s festival (yes, the dates for Feis Ile 2016 are aleady announced!) and get dibs on these inspired, painfully finite drams.
Read more about:
Published May 31st 2015
By Greg