11 Questions About Rum People Don't Dare to Ask, but Secretly Google (a Lot) 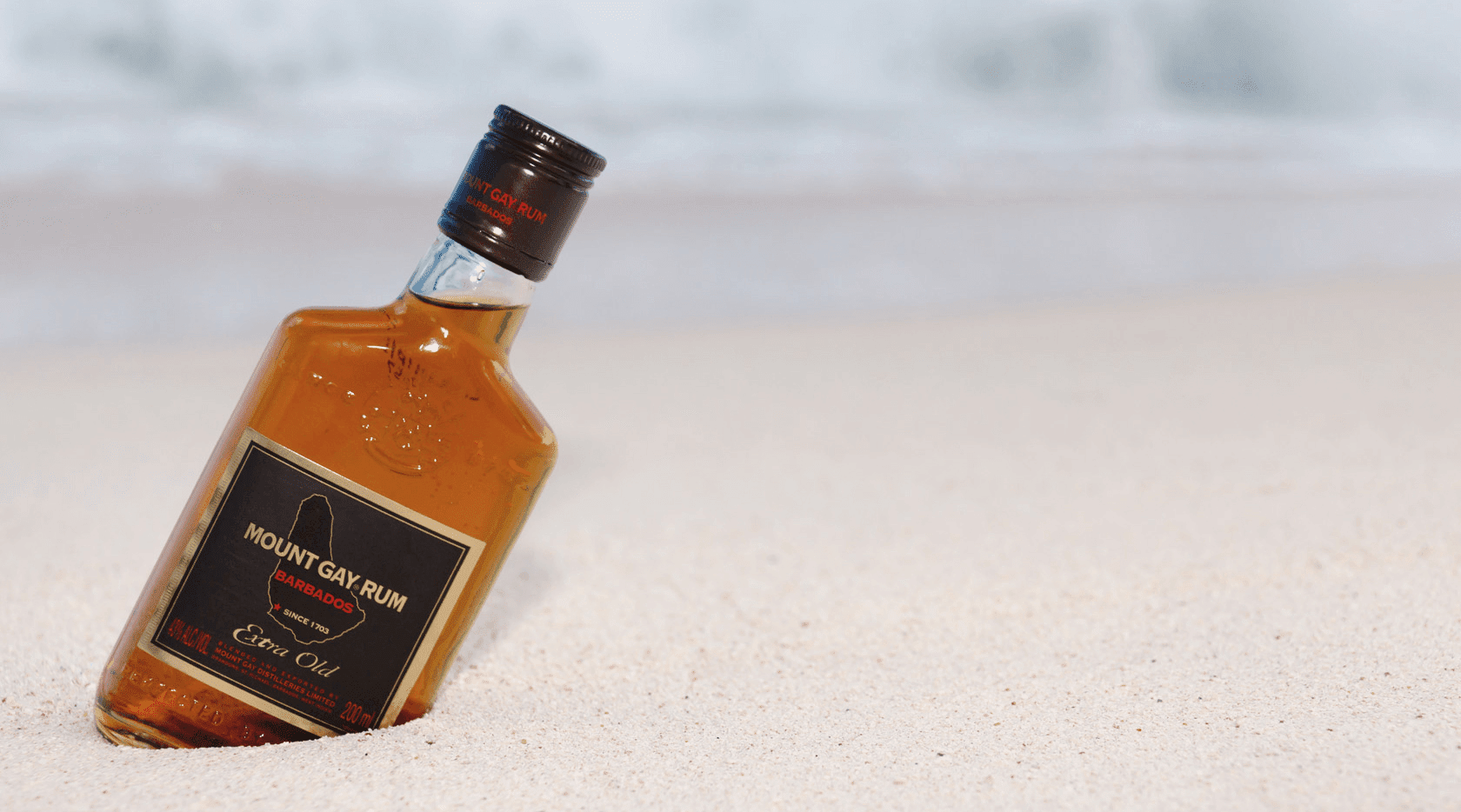 Whenever I start a Rum tasting, I always make sure everyone knows it’s OK to ask questions – and it really is – “There are no silly questions” I say… and I also add “I can’t promise we all won’t laugh a bit though”.

The reality is if you’re thinking it – you can bet you’re not alone in that thought!

So, with that in mind, let’s check out some of the most common questions that people ask good ol’ Uncle Google.

I’m not sure I could argue any case that indicated that Rum had any calorific or nutritional benefits that were good for you. Fresh fruit and vegetables, wholegrain bread and lots of water and not forgetting healthy exercise, are the only ways forward in that regard.

But if any spirit, Rum being the most obvious (if consumed in moderation) makes you feel happy, then that sense of wellbeing is going to be just as important to your quality of life as getting enough roughage. But for sure it can be good for your wallet, especially these Rums for under $100 are!

Pretty much what it is anywhere else, although some mass-market brands stretch that terms a bit.

I took a moment to ask Gautom Menon, (a lovely chap) behind one of India’s most up and coming Rum brands (Wild Tiger) about the subject and he said in North India everything is referred to as “Daru” which must make things a bit complicated as it appears to be both a Hindi baby name and a generalisation for ‘booze’. I decided to not enquire any further.

There’s a notion that points towards Barbados as being the origins of Rum, and if you are looking for a brand that reaches back through the years, then Mount Gay Rum with their document that links them back to 1703 is a strong supporting argument.

But we know Rum was being made before then, as there’s a documented link to commercial distillation being carried out in Brazil, in 1536 by a Dutch businessman called Erasmus Schetz. 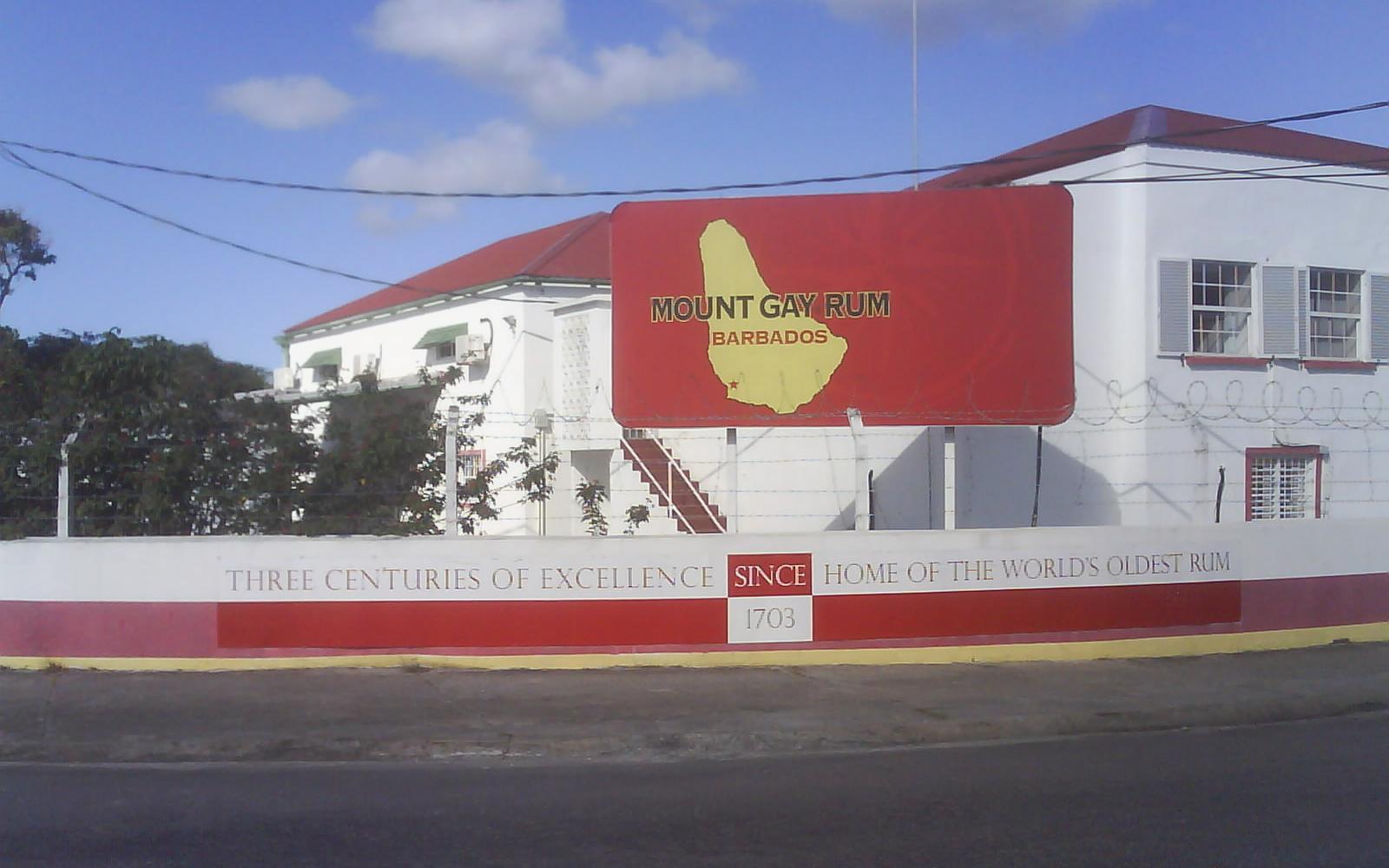 It’s likely that the Dutch ‘experts’ helped to bring the rest of the Caribbean up to spec when the Portuguese chased them out of Brazil in the early 1600’s and it’s certainly around this time that ‘Rum’ from the English Caribbean as we know it is first being talked about.

But looking further back and following the trade routes to the East, India had distillation technology, possibly even as far back as the 2nd century BC. They also had sugarcane, as that had already arrived in the country long before then. Humanity has known about fermentation for millennia, so it’s entirely feasible that people in India were creating sugarcane distillates some thousand years or more before the Caribbean got a look in.

Given that it can only be produced from fermenting sugarcane juice, a syrup made from the juice, from molasses or from sugar itself, then Rum must be gluten free as there is no grain involved.

I wanted to be sure (of course), so I asked Richard Seale, a well-respected Rum producer in Barbados who incidentally studied chemistry at Imperial College, London. Guess what he said… Go on guess…

Convinced? I hope so.

Anywhere where you can create a fermented wine from molasses or sugarcane juice (or other derivatives), Rum can be distilled.

It’s most typically produced in the tropics, where sugarcane grows most readily. Rum is most commonly made from molasses, a bi-product of sugar production and the two generally go hand in hand. 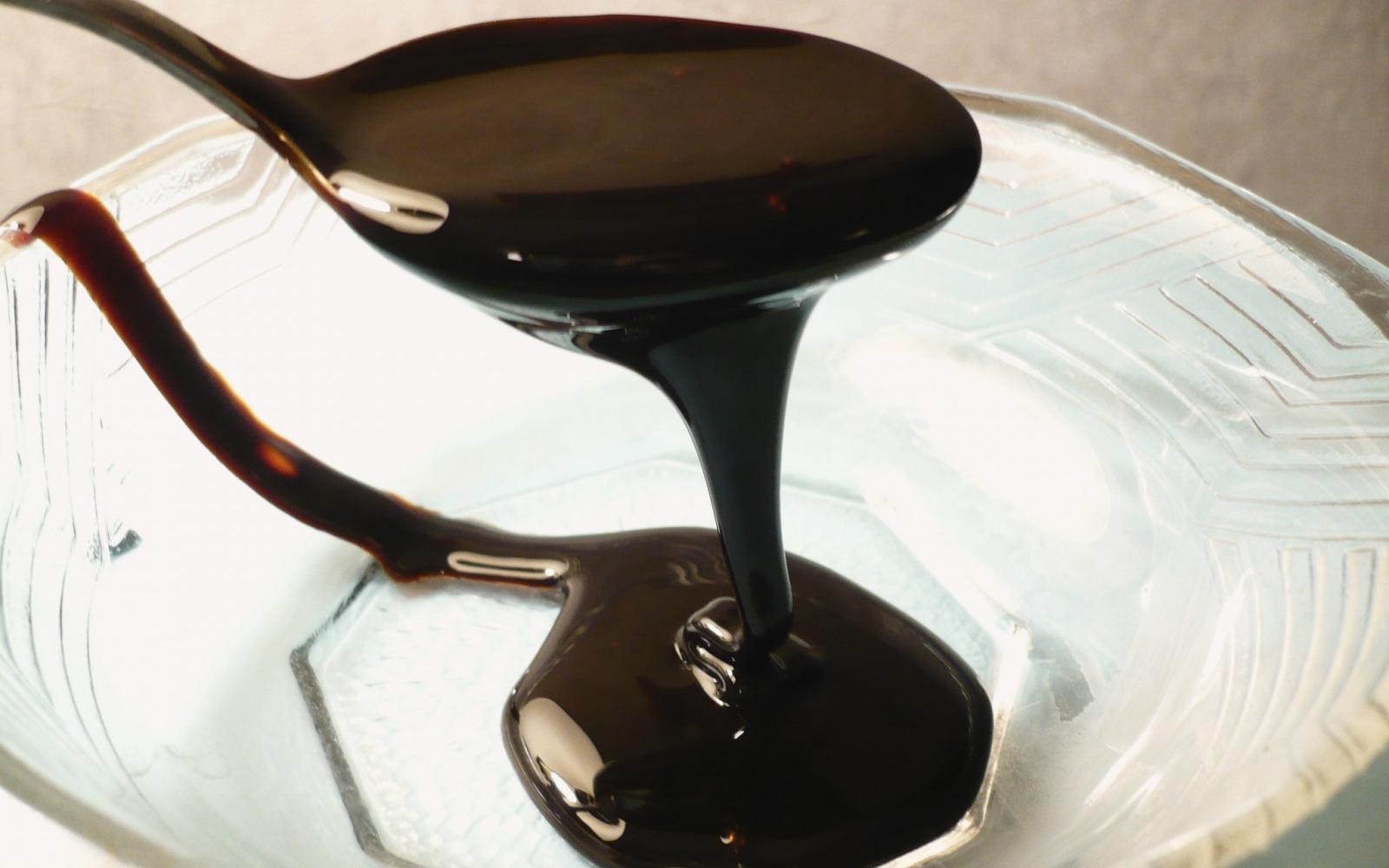 Across the US and Europe, increasing numbers of small, craft distillers are popping up. In fact – anywhere where molasses can be shipped to, you can make Rum. That’s right – you could be making Rum in your backyard right now…

Perhaps listing where it isn’t made is more appropriate? I’ve not heard of it being made at either the north or south pole, but there is no reason why it couldn’t!

No. Whiskey is Whiskey… Unless its Whisky… But Rum is definitely Rum, unless its Rom, Ron, Rhum or (perhaps more controversially) Cachaça!

Rum (and any other spirit for that matter), picks up colour from time spent in wooden barrels. There are a number of other factors at play, but mostly it’s due to the chemistry of spirit interacting with the wood and the longer this interaction happens, the darker the colour becomes.

In the case of ‘very’ dark Rums, such as Kraken, or ‘navy style’ Rums such as Skipper, or Woods, it’s typically down to the use of spirit caramel (burnt sugar) to add colour. Generally, these types of Rums are relatively young as well. A drop of spirit caramel goes a long way and can have a serious impact. It can even turn a clear spirit gold in seconds. 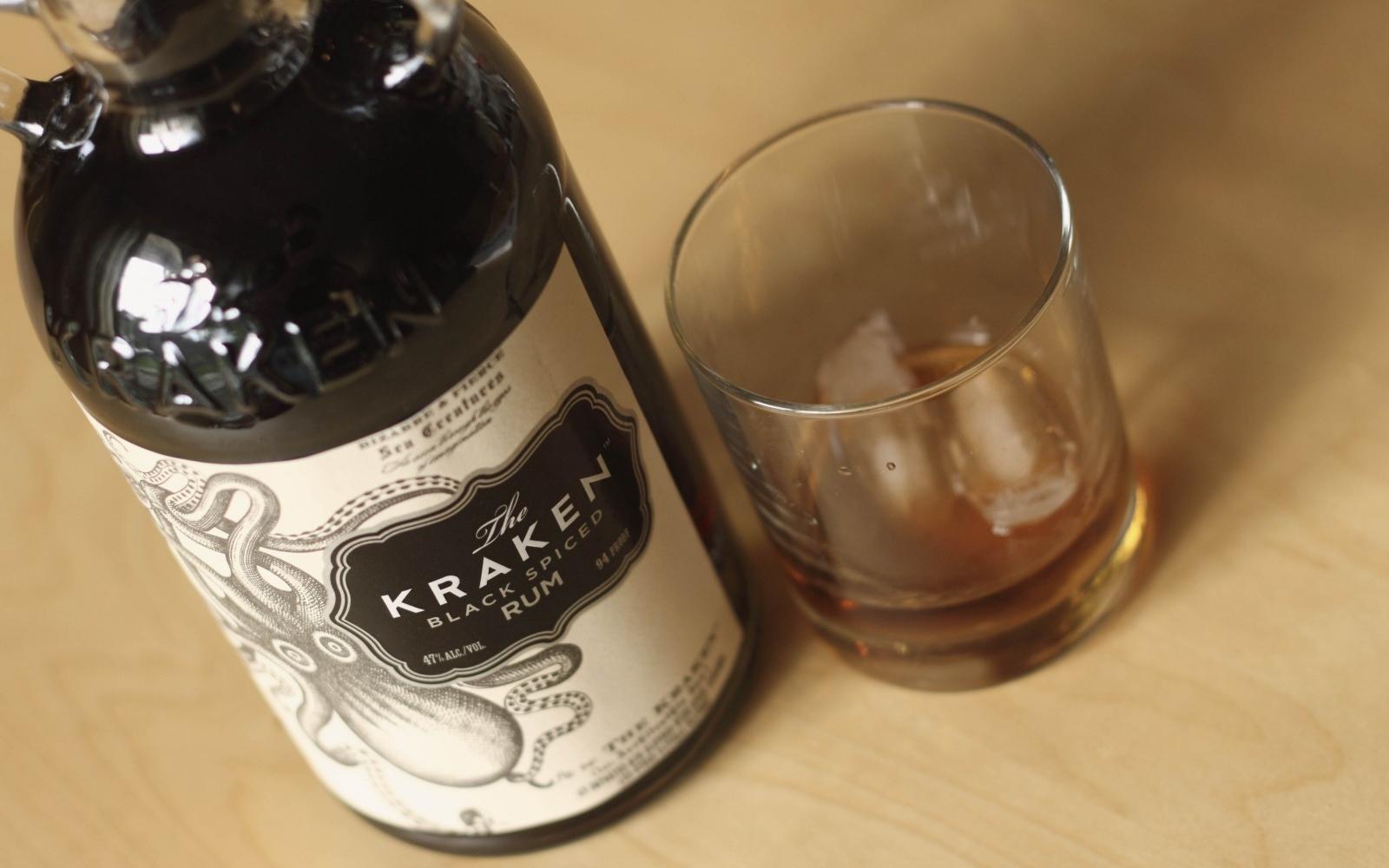 A respected Rum or spirits producer will use only enough caramel to bring the bottle strength colour of the Rum back to the colour it was at barrel strength and to maintain batch to batch consistency. If they are using more than that, then they are trying to cheat you – to make you think the Rum is older than it is.

A truism is that colour is no guarantee of age (even in the world of Scotch or Cognac) and that whilst the spirits maturity is generally linked to time in barrel, just as colour is – don’t rely on colour as being the guide. Only your palate will verify that for you.

Yes. The question might have been more interesting if you’d been asking “Is Rum a Liqueur?” but that’s for another time.

Depends how strict you are on the ‘animal’ part of things.

Many millions of bacterial organisms collectively called ‘yeast’ died in order to create both alcoholic content and flavour to the ferment which was then distilled to produce your Rum. Or your Vodka, Whiskey, Whisky, Gin, Wine, Beer, Cider (or absolutely anything with alcohol in it).

Probably better to not start talking about yeast as being sentient beings with life goals, offspring or poor working conditions right?

No seriously – any Rum is good for a Mojito if you like the taste of the cocktail that it makes.

But now you’ve asked me… if you use a very light, almost flavourless Rum, then your Mojito is going to taste little more than mint and lime.

If you upgraded your Rum choice to something with a bit more ‘ummph’ then the Rum might have a chance to shine through. A Mojito made with Plantation 3 Stars, Doorly’s 3 YO or Havana Club 3YO (to name but three options) could be really quite tasty. 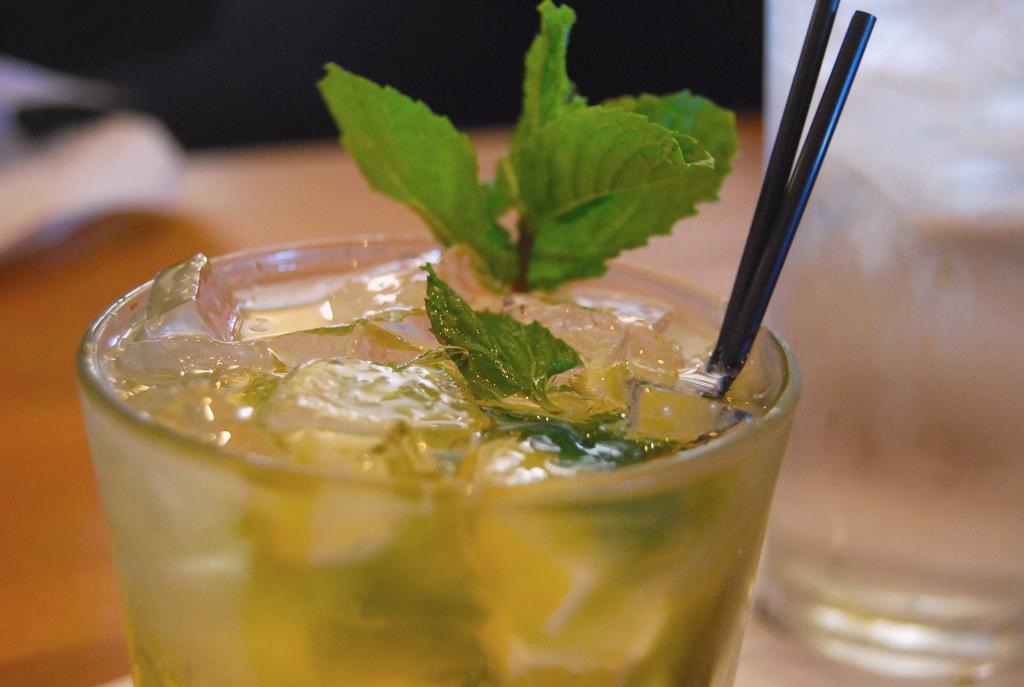 If you wanted to push the boundaries, then take a pure pot still Rum, such as Rum Bar, or Rum Fire from Jamaica. Or perhaps a Blanc Agricole from Martinique, such as Rhum Clement Canne Bleue. Something as intensely flavoured as that will surely beat the mint and lime into order, although I will admit it might take a little more balancing to get it just right!

Because I drank it. It wasn’t Captain Jack. It was me.

You should have been quicker.