Is Pisco from Chile or Peru? And Why is This Even Important

Published in:
By Max Garrone
You've seen Pisco in cocktails like the Pisco Sour at Peruvian restaurants or better cocktail bars.
Pisco Sours are very recognizable, they are the glasses topped with foam and dotted with bitters. If you’ve had one, you know that the second is hard to resist. But first things first:

Pisco is a wine Brandy made in Chile or Peru. First you make wine, then you distill it - just like with Cognac or Armagnac, but Pisco is unaged. Pisco can be made from a variety of grapes depending on the country. Generally it’s made in copper pot stills like many craft or artisanal spirits.

Wasn’t a war fought over Pisco?

No, but Chile and Peru (along with its partner Bolivia) did fight a war between 1879 and 1883. War is never sexy but in marketing terms the Pisco War would sell more. However this war was called “The War of the Pacific” and was about the prosaic things that spark most wars: land and mineral rights. Chile was the ultimate victor which may have something to do with why both countries continue to fight over ownership of the name and spirit of Pisco.

Here’s another telling example: You can order a drink called a Chilcano in Peru that contains Pisco, ginger ale, and lime but in Chile that is frequently spelled Chilecano.

There are still plenty of barbed comments and regulations that testify to some techiness between the two countries. As an example, it’s illegal to import Chilean pisco into Peru and if you import Peruvian Pisco into Chile it has to be relabled as aguardiente or destilado de uva. That isn’t stopping them, Chile is the second biggest importer of Pisco from Peru, after the United States.

What’s the difference between Chilean and Peruvian Pisco?

To put it simply, Peru and Chile disagree about who owns Pisco. Peru argues persuasively that Pisco originated in Peru dating back to an Incan etymology for the word and the fact that the town of Pisco is on the Peruvian Coast. 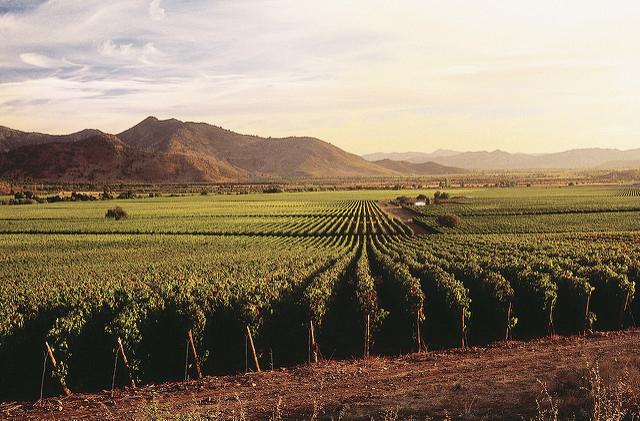 The European Union recognizes that argument so when you’re drinking Pisco in the EU, it’s from Peru. The rest of the world has accepted Chile’s argument that Pisco is a generic term for grape Brandy distilled in Chile or Peru so when you drink a bottle of Pisco in the United States or most other countries, you’ll have to check to see where it was produced.

But really, how do I buy a good Pisco?

Unfortunately for you dear consumer, generalizing about Pisco’s country of origin isn’t a good way of making a qualitative differentiation. Plus it could get me hurt. There are some differences though, to take into account - like in Chile you can distill your Pisco as many times as possible and add water to it - but really the differences are between Pisco producers and terroir. The real difference is who cares about creating a really high quality Pisco of character.

Fortunately there are two things that may lead you to a good Pisco:

Grapes
Both countries use overlapping grape types in their Piscos but many distillers of quality prefer to work with single varietals because they believe they can bring out the unique flavors in each grape. There’s a certain level of intention and obsessiveness there which frequently correlates to quality so if you see a single grape Pisco that’s one hint that it might be good.

Distilling
Another differentiator is how the Pisco is distilled. Look for Piscos that were single distilled in copper pot stills. That method is much more likely to produce a high quality Pisco simply because using copper pot stills is hard, it requires lots of attention and isn’t the most productive way to do it. Put another way, if you want to mass produce Pisco, you’re not going to use a small copper pot still.

Should I drink Pisco straight or in cocktails?

Pisco has quite a history in cocktails, but to really appreciate the drink and get to know it, definitely try it straight and you’ll get a great sense for the type of Pisco that fits your taste.
Read more about:
Published Apr 19th 2016
By Max Garrone