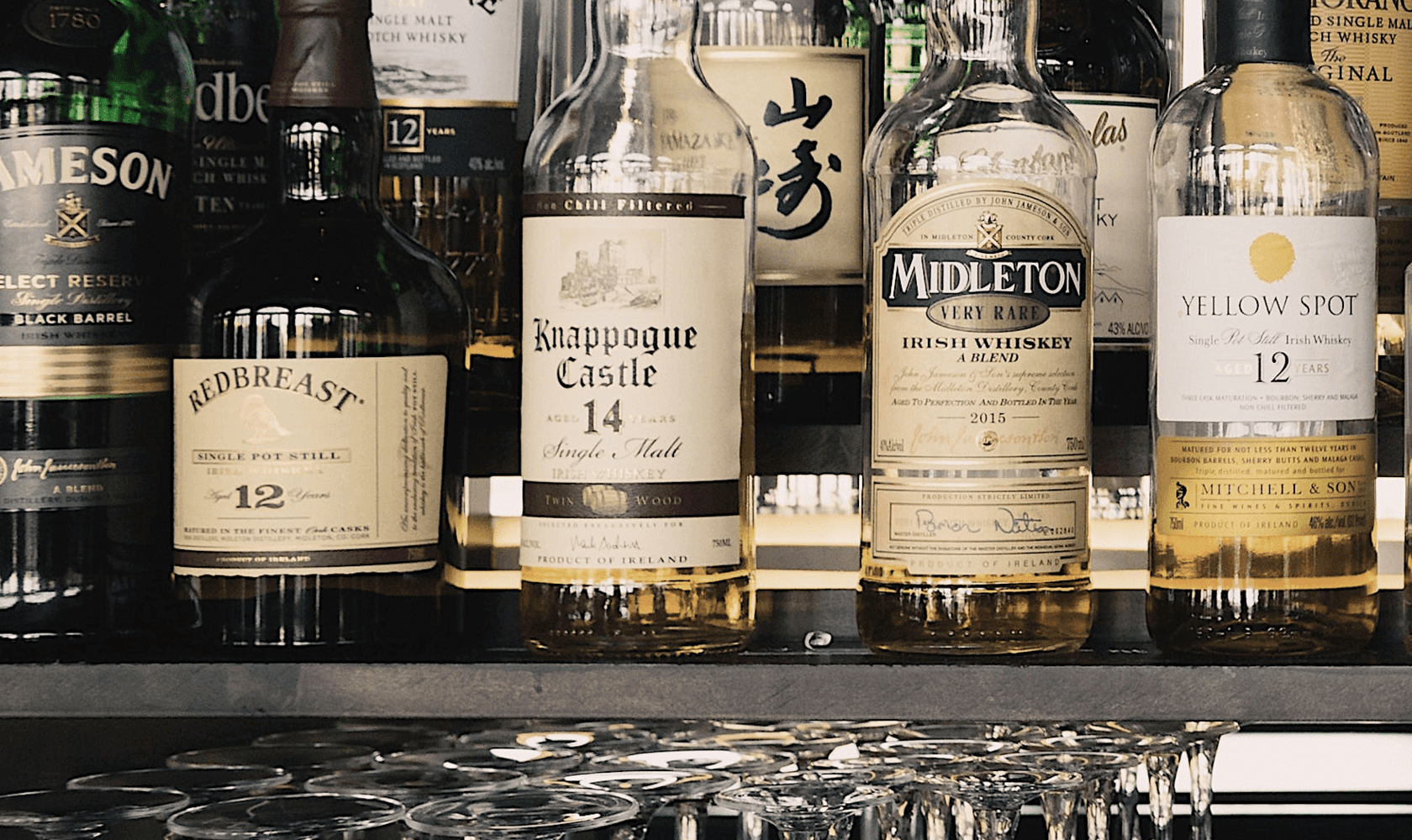 Everyone knows the Irish know how to drink, but they also know how to craft some great Whiskeys. The country is currently seeing a massive boom in interest in their Whiskey, and distilleries have been popping up everywhere.

This has resulted in some older distilleries rebranding to keep up with their new competitors as well as some old family recipes being revived through brands like Teeling and Tullamore D.E.W. We’ve gathered some of the best names in the Irish Whiskey market, so you know which ones you simply must-have in your Whiskey cabinet.

We’ve said it before, and we’ll say it again: when the Whiskey-drinking world thinks of Irish Whiskey, they think of Jameson’s.  But Ireland makes other Whiskeys, too, and in the interests of exploration and fairness, you owe it to yourself - and the Irish people - to try a few others.

Jameson is a staple of Irish Whiskey and needs to be in your Whiskey cabinet because of that fact and because it is one of the best. A Scotsman founded it in Dublin in 1780, and today, it’s produced at the brand’s Midleton Distillery in Cork.
Redbreast is a single pot still Whiskey that was once made from bonded barrels of Jameson by a company called W & A Gilbey. It was eventually sold to Irish Distillers, who rebranded it at Redbreast and moved distillation to Midleton in Cork.
So they are made in the same facility (Irish Distillers in County Cork), but the two differ in ways that are illustrative of some key concepts in Irish Whiskey. 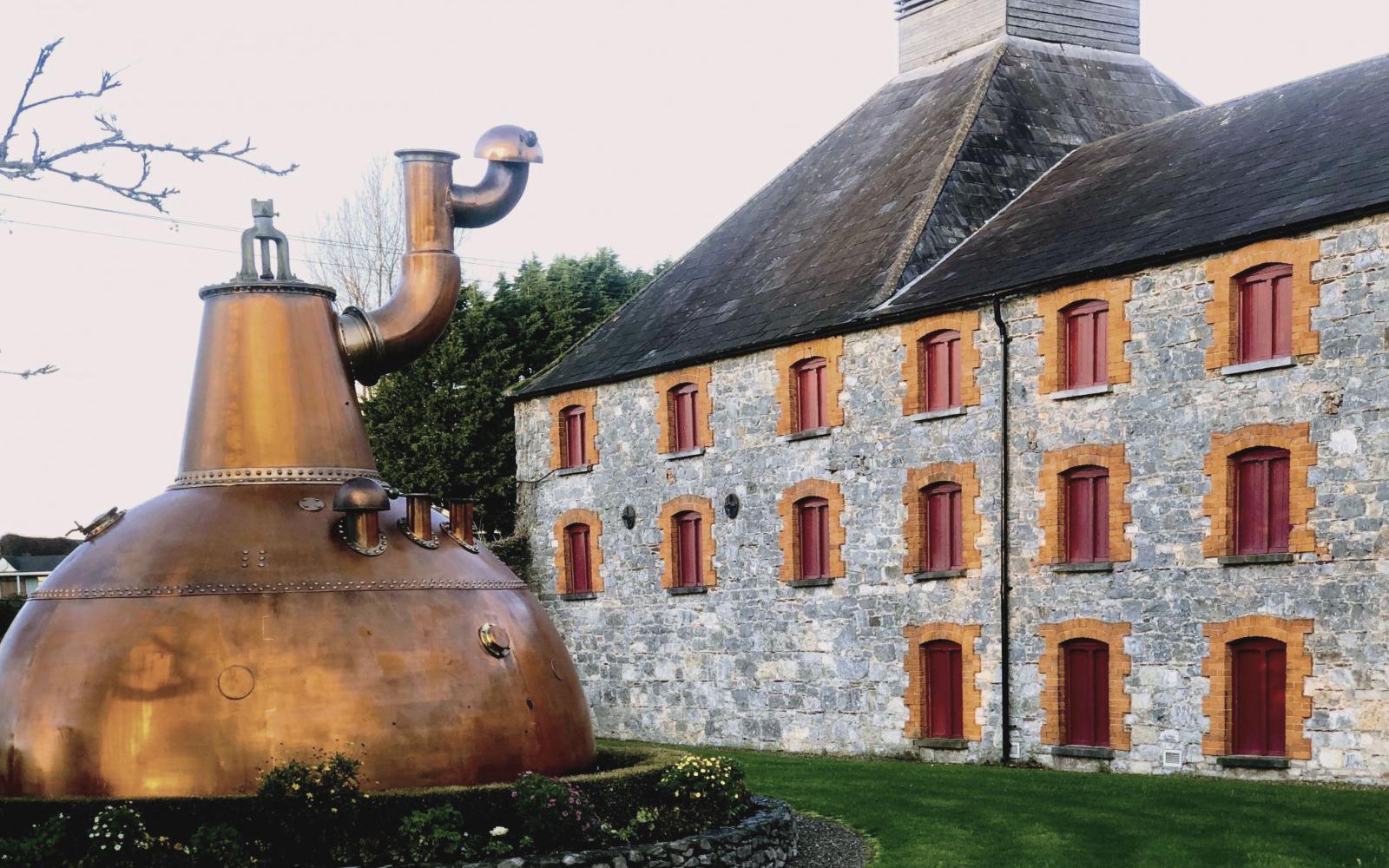 Jameson Black Barrel is a premium expression and is a shining example of how good Jameson is.

The core Jameson’s Whiskey uses a unique mixture of triple-distilled grain and pot-still Spirits aged seven years in a combination of ex-Bourbon and ex-Sherry casks.

Jameson Black Barrel Irish Whiskey takes the extra step of re-charring the Bourbon casks ("black barrel," get it?). It diminishes the Bourbon influence and adds a more natural, vanilla character.

Redbreast Single Pot Still Irish Whiskey 12YO is one of two Whiskeys on the market that are 100% single pot still Irish Whiskeys.
It’s the process of making Whiskey in a copper pot still, from both malted and unmalted barley, that makes this Redbreast unique. Moreover, no grain Whiskey is added to the 12-Year-Old. It’s highly regarded as one of the best (if not the best) Irish Whiskeys by notable critics and laypeople alike. 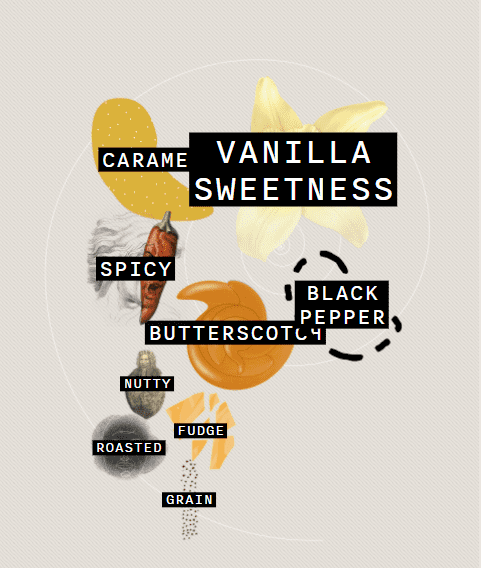 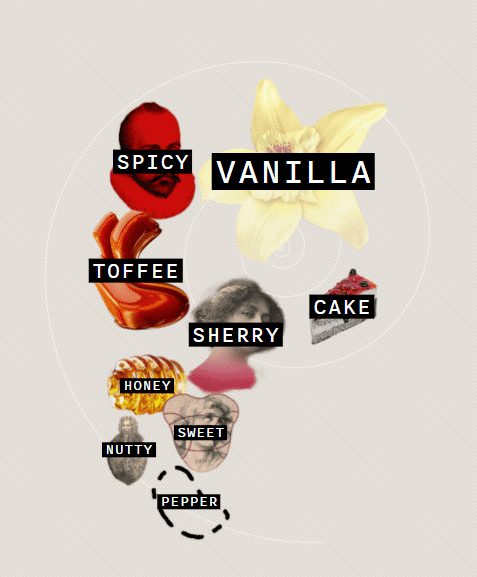 • COLOR: Mahogany
• NOSE: Clean, fresh, linseed, nuts, cake, honeyed sweetness, a touch of Sherry, cream soda, vanilla, and some peppery notes.
• PALATE: Assertive and complex. Spices, Sherry, toffee, Ginger cake, brazil nuts, treacle.
• FINISH: Spicy and long.
Already tried the 12? Make sure you try the Redbreast 12 Cask Strength!
If you can’t decide between Jameson and Redbreast, put both on your Irish Whiskey shelf, and don’t forget some other as well! We suggest you don’t skip on:

Bushmills Distillery in the north of Ireland has the legacy of being the oldest distillery in Ireland and the oldest licensed distillery in the world. That is quite a testament to their quality and proves they have stood the test of time. Today they are owned by Jose Cuervo, having been sold by Diageo in 2014.

Their Black Bush blend is crafted from malt matured in Oloroso Sherry casks and has been triple distilled, which makes it incredibly smooth.

The nose is spicy and warming, with cinnamon and dried fruits coming out. There is a hint of Christmas cake, with raisins and Christmas spices coming out. The palate is luxurious and fruity, with apples and pears making an appearance. There is also a lovely citrus note that is zesty and really livens up the palate. It continues into the finish, which has more sweet vanilla and oak notes as well.

Look out also for the latest Bushmills Steamship release; it's superb!

Greenore is made in the Cooley Distillery, which was originally owned by John Teeling in 1987. Today it is owned by Beam Suntory, and the Teelings have moved on to their own brand of Whiskey. Greenore is still made at Cooley, alongside other Irish brands Kilbeggan, Tyrconnell, and Connemara, which is the only peated Whiskey made on the island.

Their 8-Year-Old Greenore is a treat usually saved for duty-free, so make sure you ask to try it first - it will help the flight go quicker. It's a single grain Whiskey, made from maize/corn sourced from France and one of the few double-distilled Irish Whiskey! It will give you a newfound respect for grain Whiskey.

It opens with a nose of lemon peel, honey, and malted barley. The cereal notes are rich and thick. They come into their own on the palate, which is full of oak and sweet vanilla tones. This dram is full of fruits and sweet notes, with a full body and smooth mouthfeel. The finish is sweet, with pecans and hazelnuts and a lovely long oak note.

Although Teeling, as we know it today has only been around for a few decades, they have a history in the Irish Whiskey industry that dates back to the 1700s.

The family is trying, and succeeding, at reviving their brand and bringing Teeling Whiskey back to the public. They recently brought distilling back to Dublin when they opened the first distillery in the city in 125 years. They have won a number of awards with their malts and their small-batch expression is a wonderful example of what they can do.

This is Teeling's way of creating the most interesting Blended #IrishWhiskey in the Whole Wide #Ireland. After 4-7 years of initial maturation this blend of malt and grain Whiskey is further aged for 6 months in Flor de Cana RUM casks, which amplifies the oh-so sweet flavors and notes, yet remains decidedly (and typically) #Irish in core & spirit. #WelcomeToWhisky #TeelingSmallBatch @teeling_whiskey #whiskey #whiskeyporn #whiskeylove #whiskeytime #whiskeylover #whiskeytasting #whiskeygram #whiskeywednesday #whiskeylife #instawhiskey

The nose is fruity and warming, with orchard tones of grass and oak and a lovely cinnamon tone. There are citrus fruits and lots of ripe green apples coming through. The palate is sweet, with summer berries, vanilla, and more spice. There is a delicate floral note to this malt, with a hint of cherry blossom appearing. The finish is rich, with herbal notes and more oak sweetness lingering on the tongue.

Teeling's single cask releases are the stuff of legend as well! Try to pick one up if you see it, you'll never be disappointed! Discover the world of Irish Whiskey flavors with these themed Tasting Boxes. Turn yourself into a confident sipper and explore the contents of your Tasting Box with Flaviar-Exclusive guided tasting called Unboxing Flavors.

Think we’re missing any Irish Whiskey from our list? Let us know your favorites in the comments.