The Curious Eleven with Laura Newman 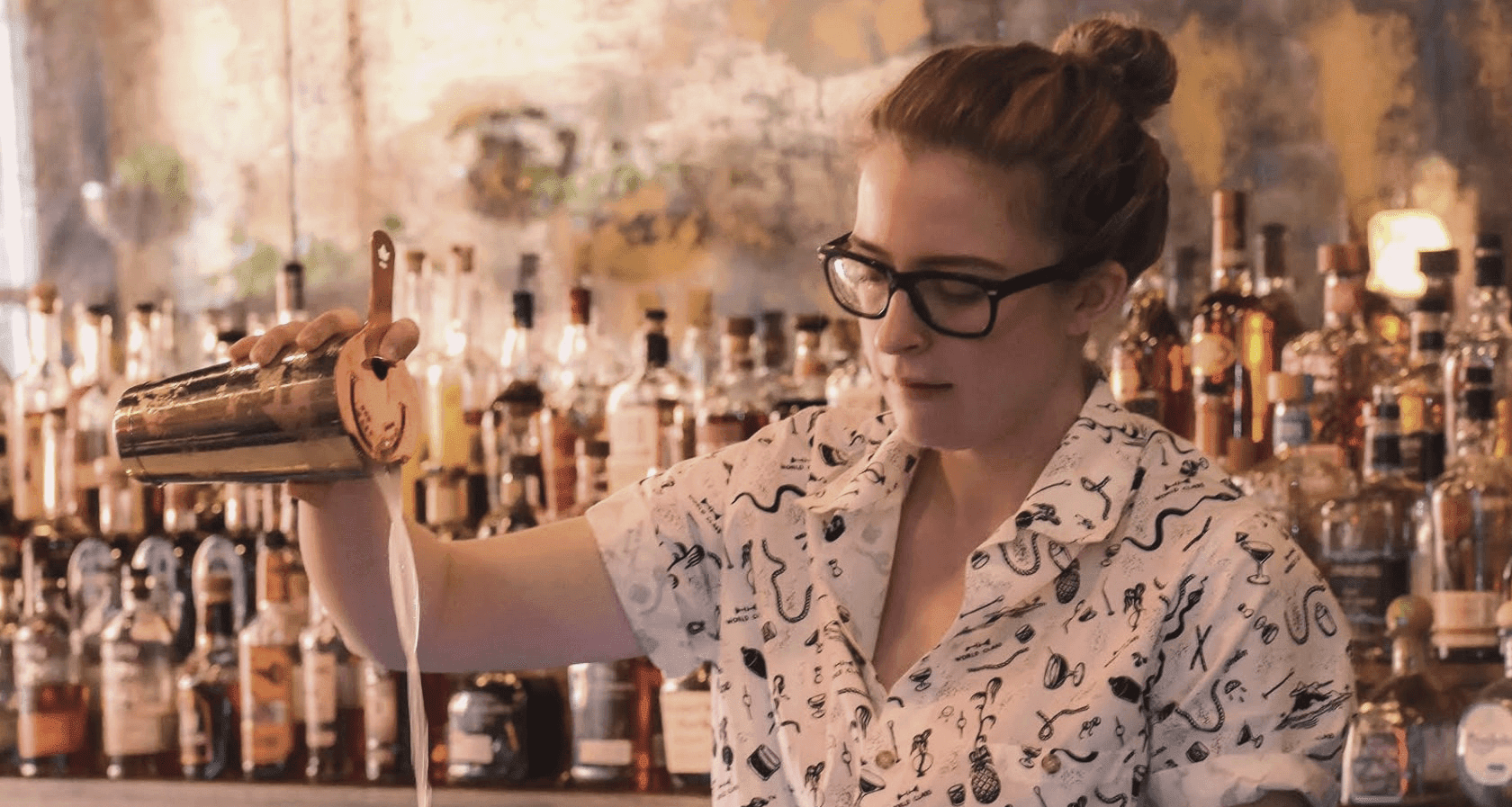 Laura is a dab hand when it comes to mixing drinks. Not only is she the owner and drinks director of Queen’s Park in Birmingham, but she’s also a certified sommelier - fancy!
She is a New York native and has been a finalist in some of the most prestigious mixology competitions; becoming the first woman to win the Diageo World Class US competition just two years ago. At home she has an astonishing array of incredible vintages, lesser known Spirits and last but not least a beautiful pack of pugs.

When you can’t find her at the bar mixing some incredible classics, you’ll find her at home hosting her friends and her bar staff family. 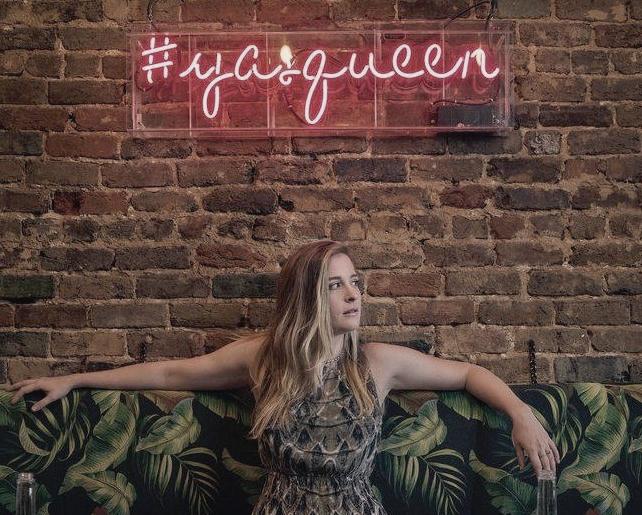 Probably when I was like 5! When I was a kid, I would raid my mum's spice drawer to make fancy "drinks" for my parents. Mum wasn't amused when I used up her saffron! My parents would also drop me off at a family friend's restaurant on their way to PTA meetings...when they came back, I would have talked my way behind the bar and would be making Shirley Temples or helping to polish glassware. I loved it.

I grew up in NY and my parents were into eating out, so I would see the bartenders and thought bars were just so cool. We were really into food and drink and we’d see the most amazing places and bar setups, that’s definitely where the passion started.

I think there are some important skills that are more basic and some that are harder to teach.  A sense of urgency is a key skill that a lot of people don't have. At Queen's Park, we make very complex craft cocktails, but people don't have to wait long for them - that's key.

If you're at a busy bar, you still want to be served by someone with a good attitude and a smile on their face.
Other important skills are the ability to bartend while looking around the room, making a plan for what you'll do for the next ten minutes, being able to greet people and see what's coming down the line while being focused on the moment...these are all crucial to being a fast and efficient bartender.

When I was a kid, I would raid my mum's spice drawer to make fancy "drinks" for my parents.
Cutting citrus peels quickly is a huge one! I've seen so many people go to the hospital (myself included). Being able to make a Ramos Gin Fizz and not get flustered, that's a big one.

And finally...keeping your cool, no matter what. If you're at a busy bar, you still want to be served by someone with a good attitude and a smile on their face.

None of them are a pain to me, but if I had to give an answer, I'd go with a Ramos Gin Fizz. But I put one on our menu, so that all of us are happy to make them.

I think because I associate it with a place - as my grandparents bought property in Hawaii in the 70s. Whenever we are there we have a Painkiller with a local Hawaiin Rum, lime juice, orange juice, simple syrup, cinnamon rim… It’s perfect for the place. Right cocktial right place.

A lot of people don't like classic '70s and '80s drinks, like Appletinis, Amaretto Sours, etc. but I'm about to open a bar that will serve them. I love the idea of updating these much-maligned drinks with modern ingredients.

As for overrated...anything that's overly complicated. In the early 2010's people were putting out menu drinks with 10 ingredients - I don't know if those ever taste good. Overwrought drinks are never as good as you think they're going to be - "lacto fermented pineapple juice, with a tea bag I dug out from my Grandma's garden" - no thanks.

I once bartended an event, the budget must have been a couple million dollars, the production value was out of control.

I'll pour myself a glass of Wine - I'm a certified sommelier with a shopping addiction, so we have way too much Wine lying around the house. If not Wine, I'll drink a neat Spirit or an easy Highball, like a Rum and tonic or Sherry and ginger Beer.

If we have company, I'll do an Amontillado lemonade with Amontillado Sherry, lemon juice, sugar syrup or honey, and sparkling water. It gets super hot in Alabama in the summer, so that last one is quite refreshing.

Oh! Let's see, you should definitely have a bottle of great Rum, a bottle of Sherry because it's delicious on it's own or as a cocktail ingredient, St-Germain (full disclosure: I used to work for them); it's a flavor that's super hard to replicate with at-home ingredients, it's called bartender's ketchup for a reason!

Overwrought drinks are never as good as you think they're going to be - 'lacto fermented pineapple juice, with a tea bag I dug out from my Grandma's garden' - no thanks.
And then maybe Campari - it's in a lot of classic cocktails, both simple and complicated. Dry Curaçao, such as Pierre Ferrand, it’s very drying and so different from a sweet orange Liqueur. It pairs so well with the almond flavor of a Mai Tai or other tropical drink with orgeat.

Aye aye aye! I don't know. Maybe Rum? There are some with almost no sugar that taste like Whiskey, others that are super funky and tropical. There's such diversity with Rum.

Zesting oranges or lemon twists on a curve makes for longer and better looking peels - and it's more cost effective, because it uses up all the available skin.

Ah man...I don't think I'm allowed to tell the craziest ones! Almost 10 years ago I worked at crazy huge parties in the Meatpacking district (in Manhattan) and would bartend for celebrities, which I always liked because when they're not "on" they're just everyday people.

I once bartended an event, the budget must have been a couple million dollars, the production value was out of control. There was a guy flipping out about this Rosé they were going to serve (it was a really cheap/not good Wine) and how the bottles needed to be covered in the sand because otherwise the Wine would cook. The catering staff were all getting drunk. There was a mechanical bull on the beach. It was absolute pandemonium, it devolved into total mayhem. What a memory!

My four pugs! They are basically our children. I love cooking and baking too (I used to be a pastry chef). And scuba diving too - I’ve dived in all sorts of conditions, the crazier the scenario the more likely I am to do it.

To the chagrin of my mother, I would probably be an attorney like my dad. I like researching arguments and the scholarly side of legal work.

I love the Koriko shaker tin sets, I love the weight and feel of it. I am particular about what I stir with too, I used a 40mm spoon because it looks elegant and gives you a little more control too.

I still see myself as a business owner, I’m not fixed on where, but definitely working for myself. There are horrible parts of it, but mainly I love it and the freedom of being your own boss is amazing.

Ernest Hemingway, I chose him because he isn’t an easy customer and he was a prolific cocktail drinker, he would get it y’know. I feel like he would have strong feelings about what he wanted to drink, so I would make him whatever he ordered.
Read more about:
Published Jul 28th 2020
By Louise Sinnerton