The Curious Eleven with Alessandro Palazzi 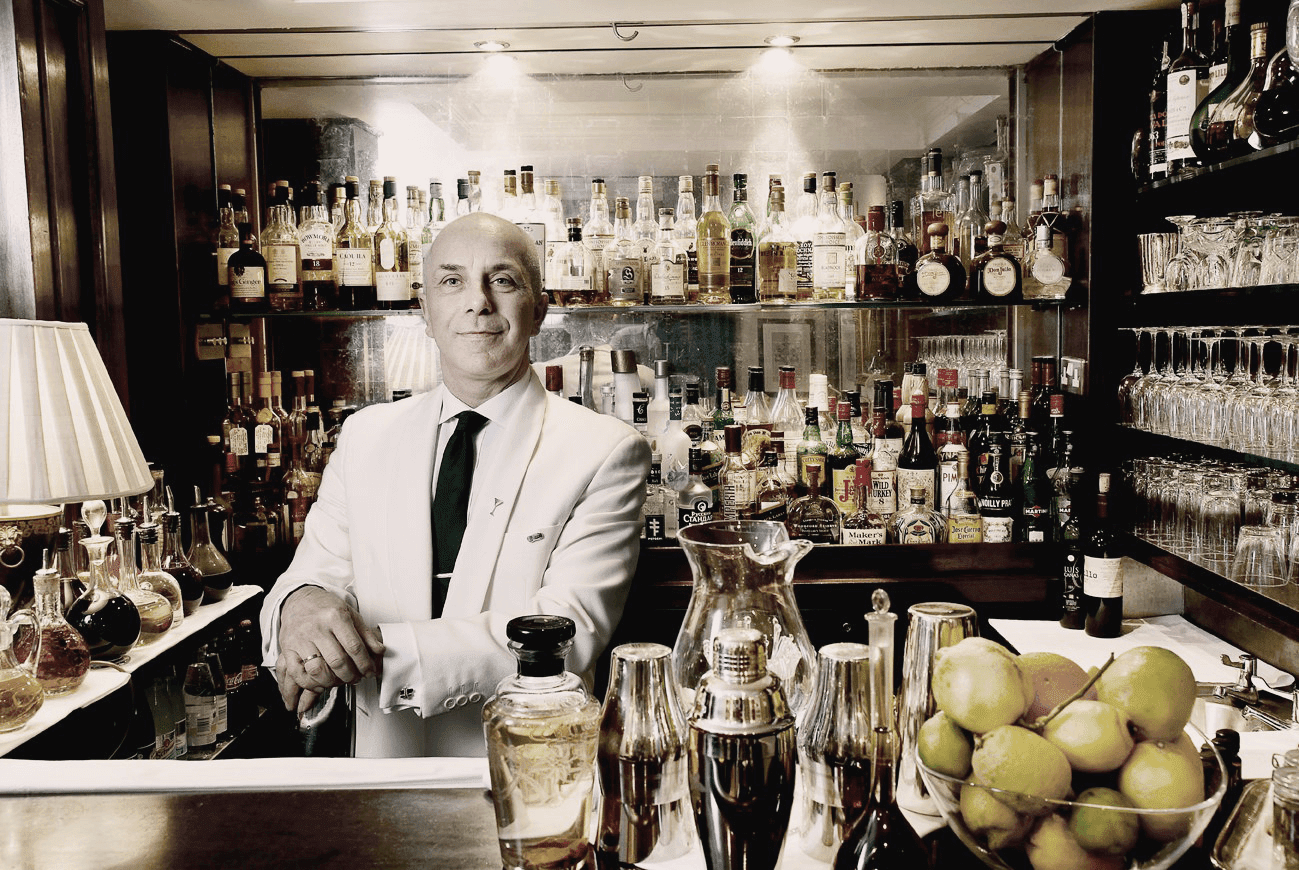 Alessandro Palazzi is a well-decorated bartender, who’s Italian charm and impeccable skills behind the bar have earned him the respect of the industry. He started his career in Italy, then moved to Paris, before finally settling in London.
You can find him at the Dukes bar in London’s Mayfair stirring up a storm with one of his world class Martinis. Other than that he’s a huge fan of Ian Fleming’s James Bond books (note the books, not the films), and loves coming up with Fleming-inspired cocktails.

I’m a bartender. We started off as bartenders, and then the term “mixologist” is a bit more trendy. In Europe there are a lot of people called mixologists, but they don’t understand the service industry. Bartenders are all about the experience, rather than just coming up with a cool crazy drink. 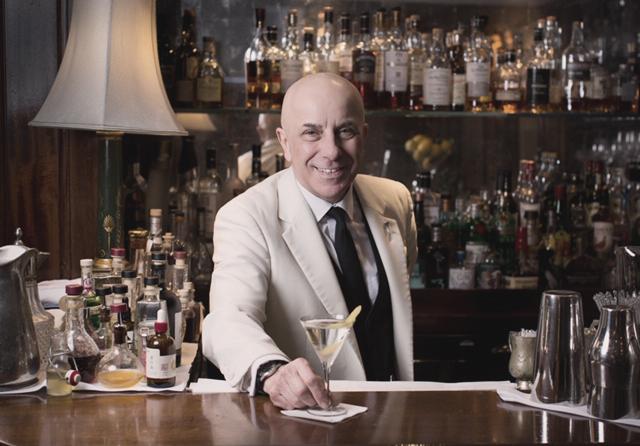 My philosophy is 30% drinks and 70% atmosphere. It depends what you are after, mixologists - as they are great and can create some beautiful things. Service is the key to me; I did catering school and then in a bar in Loreto I realized that the bar was my place in the world.

One of the highlights was when I took over the Captain’s Bar at the Mandarin Oriental.
It’s a good story actually - I was put in the bar as a punishment for speaking back to a customer (I wasn’t being rude I was just young)! And the joke was on them! Everyone in the bar treated me so much better than as a waiter outside. There was interaction, chatter, and I fell in love.

For me there are only 3: diplomatic, acrobatic and charismatic. Once you have these three things you understand bartending; it’s not just making them a drink it’s about sitting people in the right place, welcoming them, accommodating them, and the cocktails are just part of that.

My philosophy is 30% drinks and 70% atmosphere.

To be honest there isn’t one that I don’t like making. In the 80s we used to make a lot of rubbish with plastic monkeys and umbrellas… where you couldn’t taste the alcohol. Minestrone cocktails I call them!

Wow… how to choose? A Gin Martini, a Negroni or a Manhattan made with Bourbon. If you are really going to push me… I’d take the Manhattan.

Luckily for me, nothing is too underrated nowadays. Young people are experimental and they love reinventions of the classics. There’s a huge revival of the Gibson and it’s young people asking for it.

One that I love is the Vespa from Casino Royale - (Fleming’s novel not the film) I have recreated that with Sacred English Amber Vermouth, Berry Bros No 3 Gin and Angostura Bitters, finished with an organic orange squeeze the zest out - it’s out of this world. Because the alcohol is frozen the orange oil floats to the top and the first notes that hit you - the contrast of sweet and bitter. It’s a homage to the writer.

Vodka is okay for a fruit cocktail, but it has no taste, Gin is what you want with its aromas and botanicals.
Overrated for me is easier! Ha… the Espresso Martini. Maybe it was okay in the 90s, but it’s not that great, it needs reinventing. I make an improved version with chocolate bitters - way better!

Well I only drink on a Friday night. You have to be careful in this industry! Maybe I’ll go for a malt Whisky, or Gin which I keep in the freezer. More often than not I will make myself a Martini - but that depends how late I get home and how early I have to get up in the morning!

Gin, Whisky, Rum, Angostura Bitters and fresh fruit. I live in London, so I’d recommend a visit to the Whisky Exchange, Soho Wines, or Gerry’s Wine and Spirits (run by a bunch of great lunatics with incredible knowledge... !) Three places with very reasonable prices and staff that actually have a clue! They accrue knowledge and they always help you out.

There’s no competition: Gin. You can do so many things; a White Lady, Gin Fizz, Tom Collins, London Mule, the list is endless... People appreciate what a wonderful white Spirit it is. Vodka is okay for a fruit cocktail, but it has no taste, Gin is what you want with its aromas and botanicals.

No, no hacks. The only trick I would say for bartenders is to stay modest. We shouldn’t lose our modesty in this business - we aren’t God. If we make a good drink great, but service is an art - so the only real trick is to make people happy.

I love a good cocktail shaker.

Ha, well I have a few! The best anecdote… is when I was insulted by Madonna, she called me stupid when she was staying at the Ritz. We were only allowed to do classic cocktails… and when she asked for Cosmopolitan I got confused and thought she was asking for the magazine! It worked out okay, in the end I made her a Kir Royale.

I come from a family of journalists and artists so I’m a news junkie and an avid art aficionado. I’m a member of the Royal Academy of Arts and the Tate. I’m also into cycling, walking, tennis and above all else travel.

What would you be doing if you weren't a bartender/mixologist?

Well maybe I would have followed in my family’s footsteps and been a journalist? I probably would have been a bad journalist though! As long as I could travel I would be happy. When I was younger, I would arrive at the airport early to watch people and make up stories about them... You can invent a whole life just by watching them, so I would be doing something like that. I think that’s why hospitality works for me!

I love a good cocktail shaker. I collect vintage ones… I love the Alessi one, and then I’m also a big fan of the Boston shaker.

Well, I see myself here where I am, and working with the next generation more. My job is to explain and teach hospitality and the benefit of this industry to others.

Young people are experimental and they love reinventions of the classics.
The sad thing for me is being a bartender my age and seeing people getting into this industry just to “become a star.” That’s not what it’s about. I have a lot of respect for people in the industry and the best bartenders care about their customers not about being a famous mixologist.

Dick Bradsell. Dick revolutionized the UK cocktail scene; he created the Bramble and the Espresso Martini. He’s one of the only bartenders that was an inventor. I met him through a friend at the Atlantic bar in Soho. He totally opened my mind and I became more experimental because of him. I would love to make him a Martini and see what he thinks. He would tell me straight!