It's Time to Get Schooled In Reading Bourbon Labels

Many decades ago in the United States there were no laws whatsoever regarding labeling the products you might buy from a traveling salesman or even at your local pharmacy. We’re talking about the good ole days when a popular soda brand still had cocaine in it.
There were well-meaning folks like Old Forester founder George Garvin Brown who saw the need to seal his Whiskey in glass bottles before selling it to the pharmacy for distribution to consumers, thus ensuring its safety.

But for the most part people were putting anything and everything in the Whiskey once they bought the barrel and people were getting sick. This led not only to regulations about what could be in your Whiskey, but also what your Whiskey label could say or even had to say.

It has to be made in the United States.

In order to be called “straight” it has to be aged a minimum of two years and distilled all in the same state.

It can still be Bourbon if it’s younger than two years, but it can’t be straight and it has to say the exact age on the label.

So What Will a Bourbon Label Tell You?

The brand name
Which may have changed owners over the years.

The ABV
Alcohol by volume, which is the percentage of alcohol in the liquid.

The Proof
Another way to measure the alcohol content.

"Straight"
Straight, if applicable, which is highly recommended. There are some Bourbons that are not straight and are still quite good, but think of this as an insurance policy. If the label says “Straight Bourbon With” it is no longer straight nor is it Bourbon.

An age statement
Possibly – it’s only required if the Bourbon is less than two years old, but many older ones proudly proclaim their tenure in the barrel.

A lot or batch for single barrels and small batches
Neither of which has a legal definition. And it does not legally have to appear, but many connoisseurs like to know this information and typically distillers and bottlers are happy to supply it.

A nice story
Which may or may not be true or partially true. About distillation or bottling Where it was distilled or bottled, or sometimes a DSP number, but not always.

A litany of unregulated claim
When in doubt, look up the legal definitions of Bourbon and Straight Bourbon in the TTB guide. Anything outside of that is unregulated.

It’s worth noting here that these are just the labeling laws that exist within the United States. With Bourbon’s soaring popularity the export markets are snapping up any and all Bourbon they can get.

As labeling laws vary from country to country, this can understandably get very complicated very fast.

“It would be great for American distillers if they could use a "one size fits all" approach to export labeling, but this is just not possible. What is required on an EU label is different from what is required on a label in certain Asian countries. Even within Europe a country may require additional information like standard serving size.”

“Some spirits exporters will ship their standard U.S. labeled bottles to foreign markets and ask their local importers to add a two color sticker with the required information somewhere on the side or the back of the bottle."

It would be great for American distillers if they could use a "one size fits all" approach to export labeling.

"Since Michter's is super-premium Whiskey that we want to be similarly packaged from country to country, we print a variety of different labels for different countries to meet the requirements of our export markets, and we apply them in Louisville before we ship.”

What To Look Out For

Because of the current Bourbon boom there are lots of companies looking to get in on the action. Unfortunately because of the length of time it takes to age Bourbon you can’t exactly build a distillery today and start selling Whiskey tomorrow. 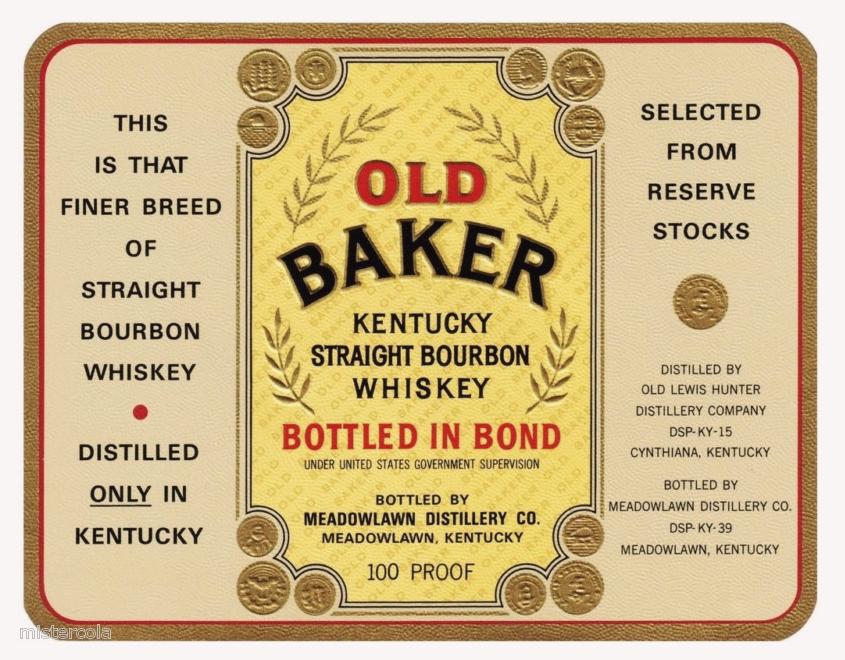 That means there are lots of folks buying bulk Whiskey and bottling it, and some try very hard to conceal the source of their Whiskey or even have contracts that prohibit them from disclosing their supplier. This can make for a confusing label - you’re in the store and you see a new Bourbon but you can’t tell who made it or where or really anything about it.

“Is there a specific term on a label that I find misleading, no,” says Westport Whiskey and Wine owner Chris Zaborowski.

“What I find misleading is the lengths some brands will go to hide where their product is distilled. There is the no mention of the words distilled by, made by, produced by on several labels, it is though their product just magically appeared. In this day and age of distilling, why hide it? It causes more problems than it’s worth. Consumers want more information, and frankly, not knowing gives them reason not to purchase.”
Read more about:
Published Jul 25th 2017
By Maggie Kimberl