How to Pronounce Scotch Names - in Video! 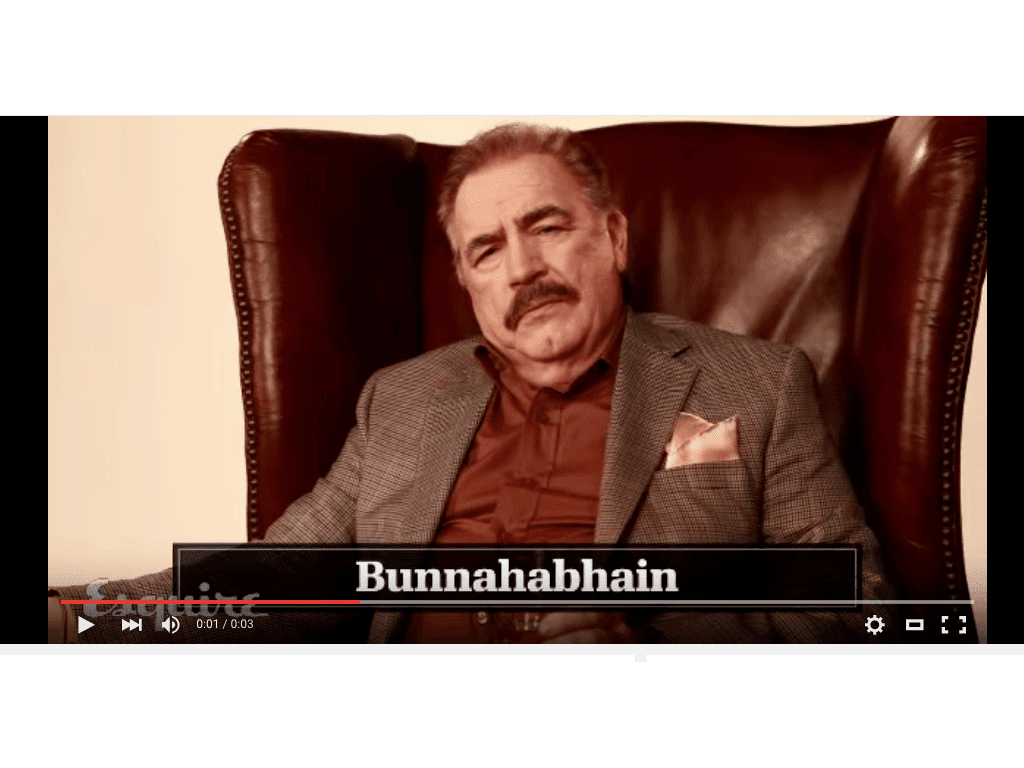 So you like Scotch… If you don’t drink it alone (which you shouldn't), chances are, you’ve already had the conversation on how to pronounce all those tongue-breaking names of Scotch brands.
We've selected a few to start with and paired them with Esquire's video instructions by Scottish actor Brian Cox.

This Lowland distillery is the only one in Scotland that triple distills every drop of its Whisky. This is the reason for their New Spirit to have strong fruit and citrus notes and making Auchentoshan Whisky smooth and delicate.

Folks at Bruichladdich distillery strive to produce a Whisky with character, influenced by where it comes from and the philosophies of those who distill it. That’s why they only use Scottish barley – mostly un-peated, but they are aso known for one of the peatiest beasts around – the heavy-weight Octomore.

Glenmorangie distillery is located in Highlands and is known to use the tallest stills in Scotland (the height of a fully-grown giraffe, to be... well, exact). They say it’s a way of assuring that only the very lightest and purest vapours make it to the top, giving a smoother, more elegant whisky.

The Balvenie distillery is located in Speyside and still grows its own barley and is the only distillery in the Scottish Highlands to operate working floor maltings. After steeping the grain in spring water, they spread the grains across their malting floor. Then their malt men turn it up to four times a day.

Caol Ila distillery has the largest production on the Islay. Most of the Whisky produced here is used in blends, while around 10% of Whisky is aged as Single Malt.

One of the last independent distilleries in Scotland was founded in 1886. They even keep the shape of their copper stills strictly identical to those first used.

Thirsty after all this speaking exercise? Our selection of best Scotches under $50 surely can help with that. Cheers!