Published in:
By Sasa
If you find yourself in Edinburgh, Scotland, you’re only 15 miles away from Glenkinchie distillery. Of course, a visit is a must.
One of the few remaining distilleries in the Lowlands is set among the barley fields. When we arrived, it was raining so our photos couldn’t do it justice, but this is what the Glenkinchie distillery looks like on a sunny day: 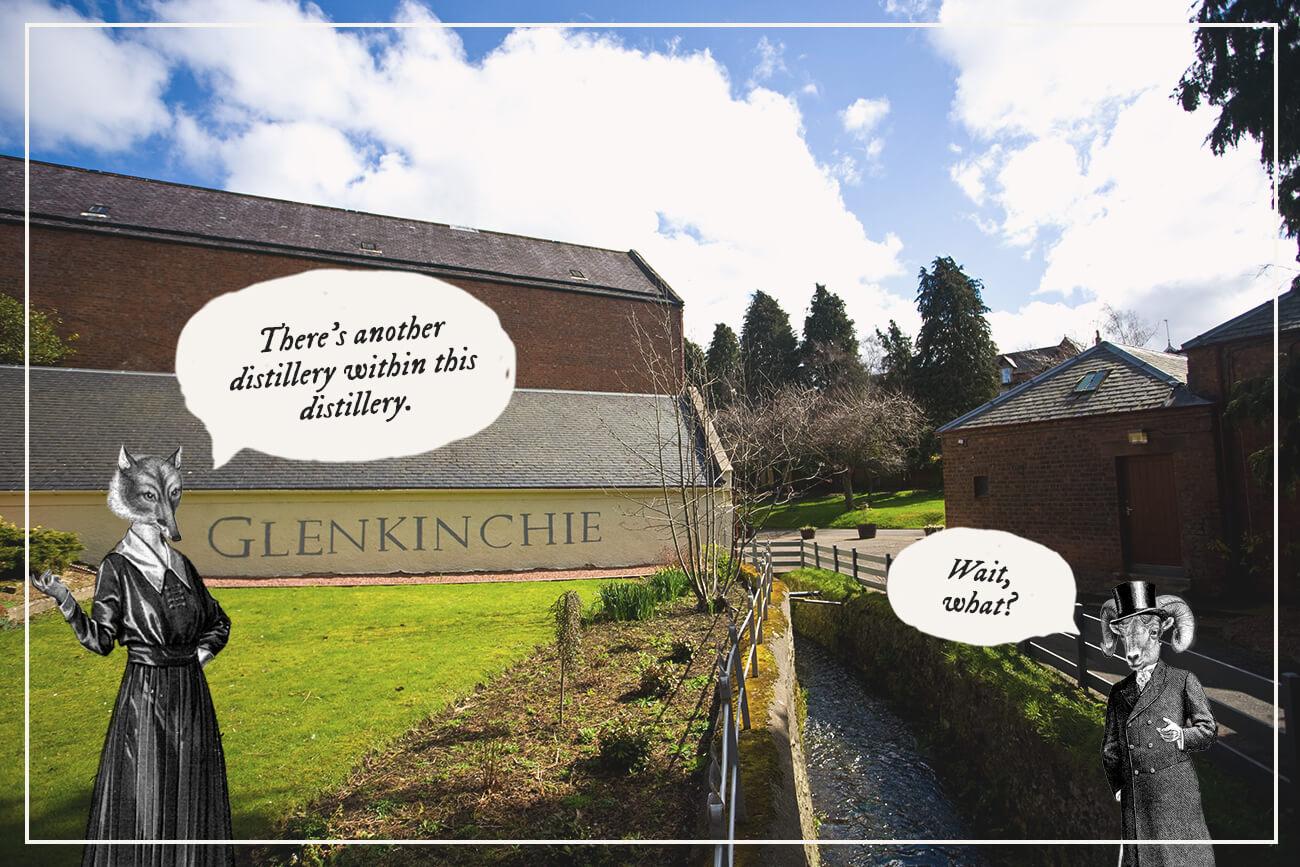 Brothers John and George Rate started Glenkinchie distillery in 1837. It closed (but also reopened) twice since then—first in 1853 (reopened in 1890) and the second time during the World War I, 1917-1919.

The name Glenkinchie comes from when the Normans conquered Britain in 1066. As a result, the occupying government granted the lands in this area to the de Quincy family. And de Quincy morphed into Kinchie and then Glenkinchie because of the little glen nearby.
Glenkinchie has the largest wash still in Scotland, with a capacity of more than 30,000 litres. The distillery produces 1.3 million litres of Whisky a year; that’s three bottles for every person in Edinburgh. Luckily, they don’t need to drink it alone, we’re glad to lend a helping glass.

Speaking of glass, tell me about the Glenkinchie Whisky now

Glenkinchie Whisky is something even the people who start off by saying “I don’t drink Scotch” are quite likely to enjoy. It’s a delicate Whisky with a gentle soul that’s typical for the Lowlands. So typical, in fact, that the Lowland malts are known as the Lowland Ladies. 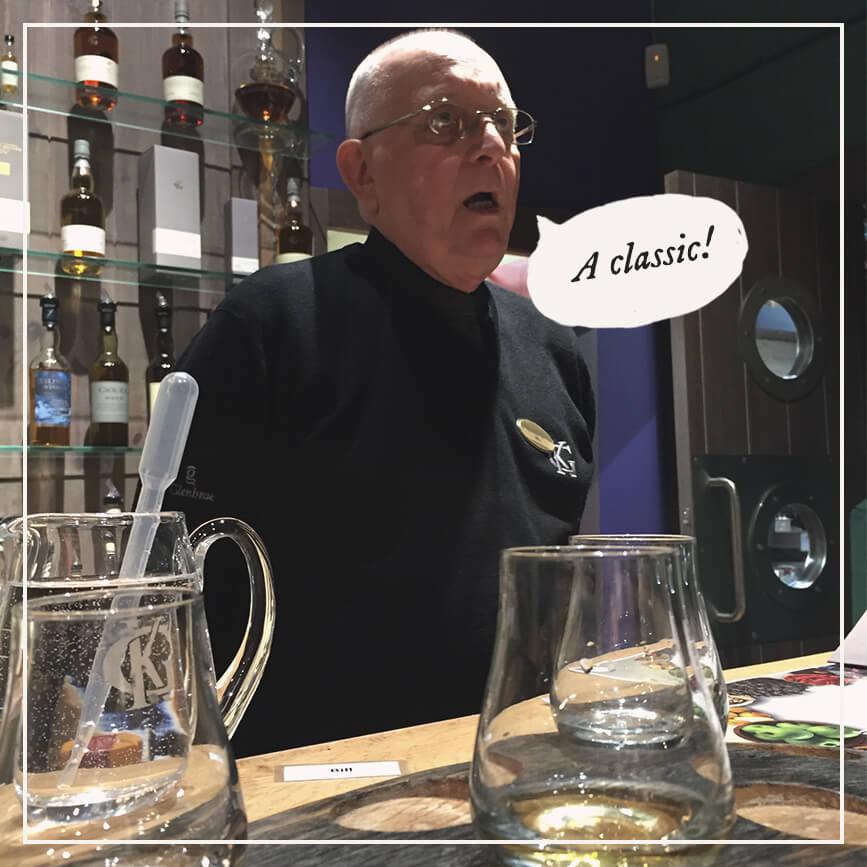 Glenkinchie’s signature expression is the Glenkinchie 12-year-old, crisp, light and delicate Whisky that works well as a pre-dinner drink.

Being so close to Edinburgh, Glenkinchie Whisky has yet another nickname: “Edinburgh malt” and represents the Lowlands among the six “Classic Malts”.

So, Glenkinchie? It’s a classic.
Read more about:
Published Oct 28th 2016
By Sasa