Flaviaristas Have Spoken: These Are the Best Drinks of 2014 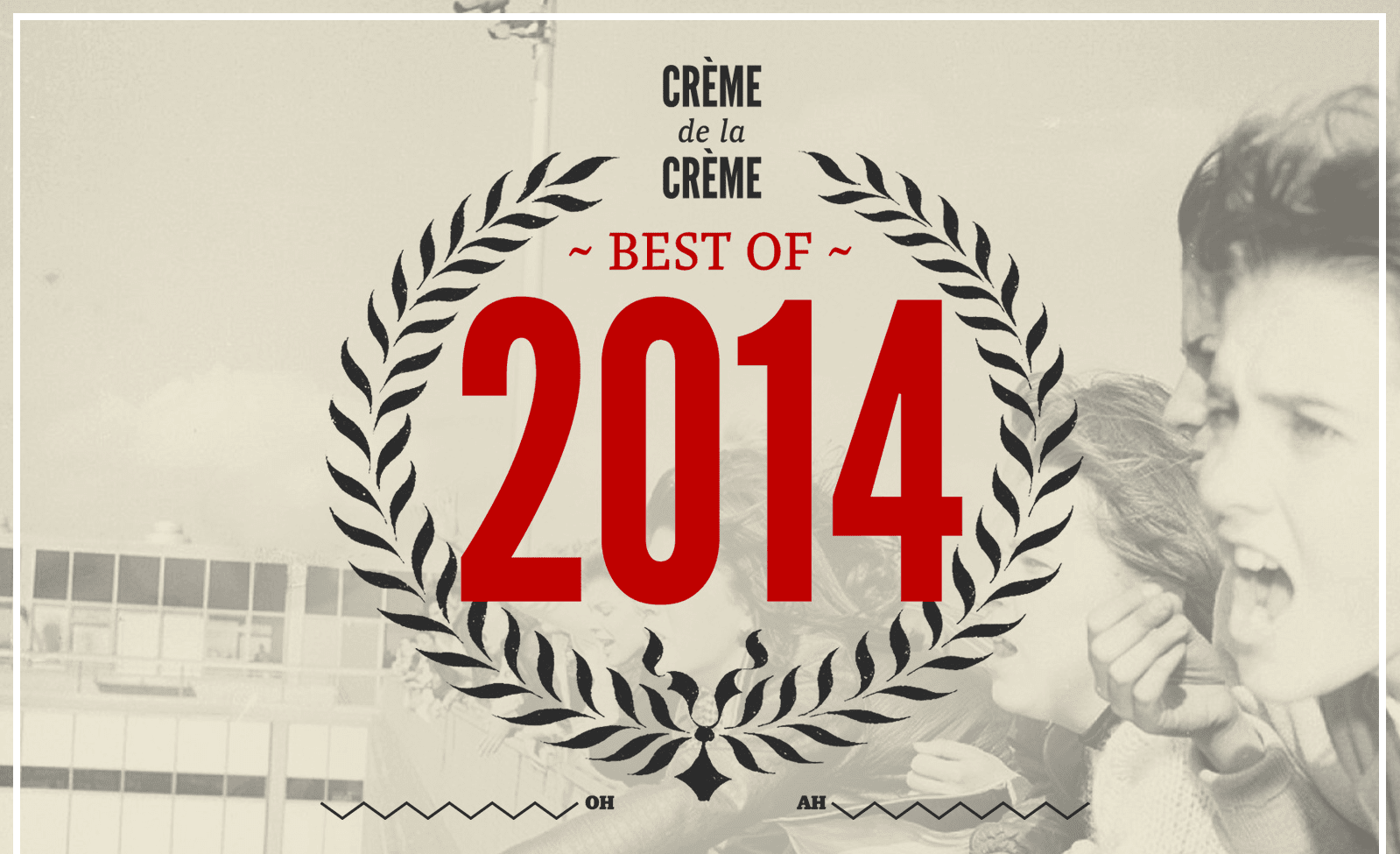 The year is over, but its best liquid discoveries won’t soon be forgotten! Our power source, well over half a million members of the Flaviar spirits community, have once again selected five drinks that rocked their world in 2014.

We counted their orders and peeked on their MyBar shelves. Then the Flaviar team weighed in with their flavour-expertise and - ta-da!, here they are - the winners of the Flaviar Spirits Community Award 2014! 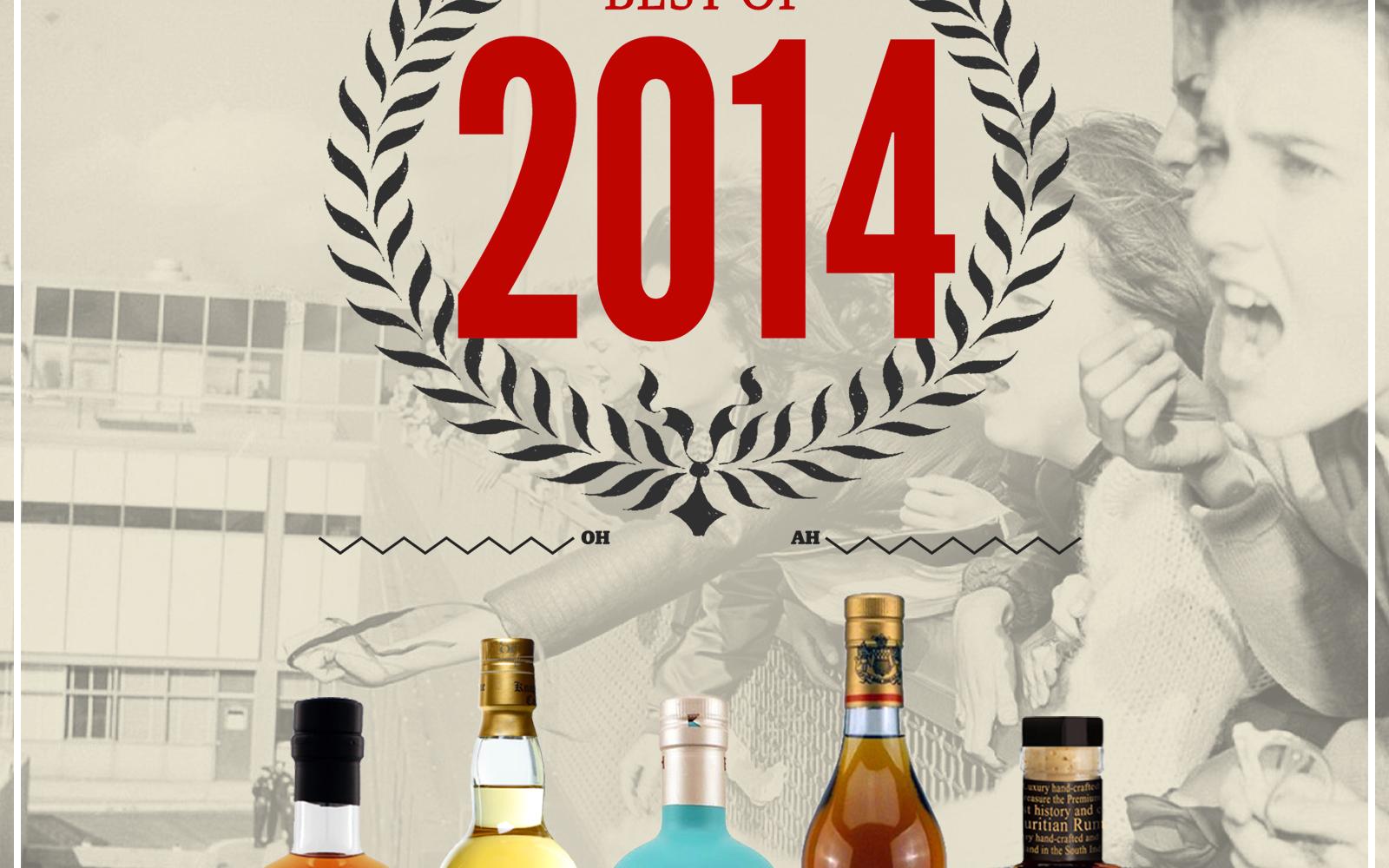 As the tradition dictates, the stupendous 5 have been released in a Flaviar tasting pack Best of 2014 aka the one for the ages. To pay them tribute once again, we chatted with their creators on what inspired them to make these exceptional drinks and how they're best paired with food.

We’re the first to tell you that not everything that says “craft” on the label is worth a place in your home bar. But when it comes to Koval, we’re also the first to say you can’t go wrong with it.

Koval is a family-owned distillery from Chicago and one of the best and most awarded in the United States. It was founded in 2008 by Robert and Sonat Birnecker, who were inspired by the craft-distilling heritage of the pre-prohibition Chicago. They committed to supporting sustainable agriculture by only producing organic and kosher spirits, in a genuinely craft manner: keeping all processes in-house.

Their millet Whiskey is no exception: “When we started Koval, we vowed to make truly unique, organic, clean Whiskeys. Our overall philosophy shines in the fact that we're the first distillery to make a pure, 100% millet Whiskey — not to mention one that’s grain-forward and made from scratch in-house. In addition, we only use the heart cut of the distillate. This way the Millet can really develop its exceptional character,” says Robert Birnecker. 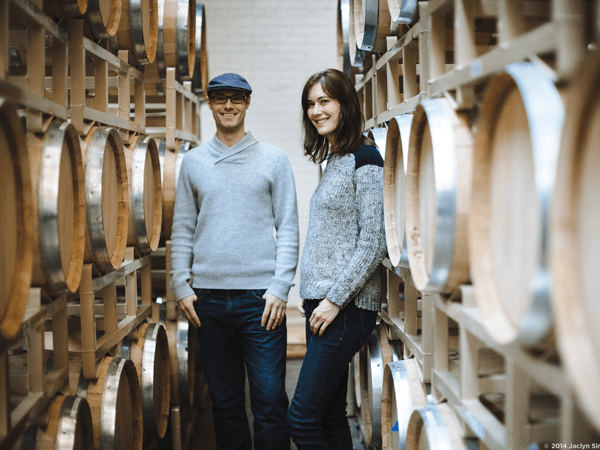 If you’ve no idea what millet is, you’re not the only one. So we went on and asked him about it as well: “Primarily grown in Asia and Africa (especially prominent in India and Nigeria), millet offers a lively, light fruitiness in the nose with tasting hints of vanilla with a bit of a sharper finish than our other single-grain Whiskeys."

They also tried to distill other unique grains, like oat and spelt, as they couldn’t really find any Whiskeys made with them: "Naturally, we set out to try these grains in our mashes. All of them turned out very well, but ultimately the Millet proved to be the most unique.”

For the times when you want to pair your Koval Millet with a few bites, take the Master Distiller's advice: “Since it’s a lighter Whiskey, it’s complimented well with seafood. We’d recommend pairing it with fresh scallops, maybe with a citrusy sauce. If you’re looking to serve it with appetizers, try it on the rocks with a plate of smoked sausage and bleu cheese.” 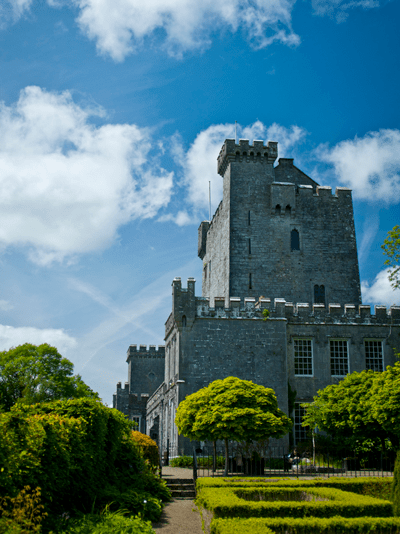 This Irish Whiskey is a legend in many ways. It was distilled at the Bushmills distillery, the oldest one in Ireland, that’s been established way, way back, in 1608. It was also named after a real 15th century castle.

Mark Edwin Andrews restored the castle in the 1960s and filled its cellar with an impressive and rare collection of pure pot still Whiskey. When the Whiskey reached its peak age, it would be bottled and named after his beloved Knappogue.

What is the Knappogue Castle 1995 like? “The 1995 Knappogue has more bourbon barrel wood character, which serves to increase the taste complexity and makes the Whiskey that bit more mellow and rounded,” its creators say.

Knappogue Castle 1995 is an absolute out-of-this-world experience when sipped on its own, but if you’re into flavour experimentation as much as we are, try pairing it with young goat cheese or lighter desserts, such as créme brulée.

This Islay distillery (and its Whisky) won't keep you unimpressed. They're most famous for their peated expressions, even the most heavily peated Whisky on Earth, the infamous Octomore 06.3, but their traditional drams are of a gentler kind. 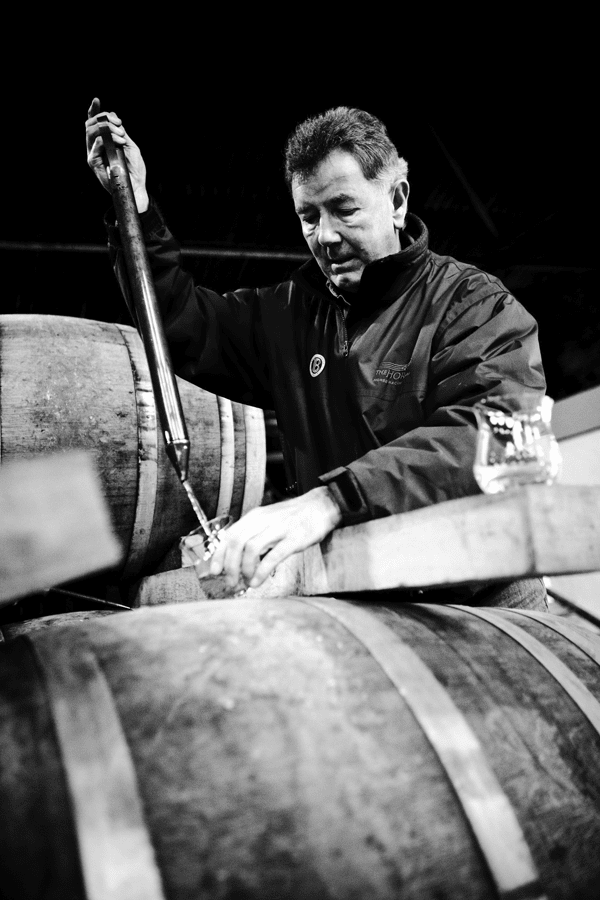 The Flaviar Spirits Community Award-winning Bruichladdich Scottish Barley is definitely one of them. Master Distiller Jim McEwan created it to showcase the traditional house style: unpeated, floral and complex.
"The result is a fruity / floral / marine product that is clean, fresh and lively with both the oak and the grain in perfect harmony," the folks at Bruichladdich explained.

"The Classic Laddie is the flagship of the house. It's made from 100% Scottish Barley, trickle distilled, then matured for its entire like by the shores of Loch Indaal in Premium American oak casks."

When the Bruichladdich distillery reopened in 2000, they decided to do things their own way. They believe that Whisky should give a sense of the place it's from, so they only use Scotland-grown barley and have even named some of their products after the farm where the barley was grown. The aqua blue bottle that the Bruichladdich Scottish Barley comes in, is unconventional for the Whisky world as well. Of course we asked about it: "It is quite simply the color of the ocean outside the distillery on a bright sunny day. The aqua color reinforces Bruichladdich’s belief that terroir matters. Furthermore, the aqua color has always been at the distillery: it is at the gate, on the tiles that adorn the walls, and it is our flagship bottle color. The aqua color is an expression of the surroundings, representing the provenance of Islay."

It's also sure to make their products stand out, so be careful with it, because when you add it to your home bar, even the non-Whisky drinkers will ask about it and want to try it. For a speacial treat, it can be enjoyed with a wide variety of foods. The Bruichladdich team says "it pairs well with full flavored meats such as barbecue, grilled lamb, or ribeye, but also lighter fare such as salmon, oysters or scallops."

Coming from Tuscany, one of Italy’s most celebrated regions (and we all know the competition is tough there), Antinori is as Italian as it gets. But that’s not all! Its roots go back to the late 14th century, the very beginning of the Italian Renaissance and its home-region’s golden era.

They haven’t forgotten the tradition of the winemaking in their family as well as providing patrimony to the artists through their Antinori Academy: “Ancient roots play an important role in our work. But they have never been a limit to our innovative spirit,” Piero Antinori says. 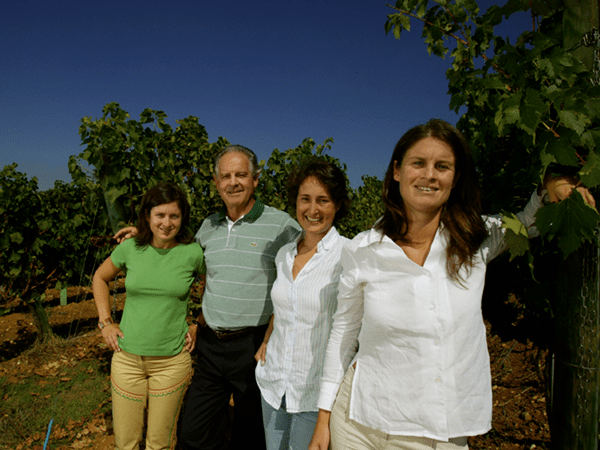 Regardless of their long wine-producing history, the Antinoris have only produced Brandy 4 times in the span of the last 30 years and even those were limited quantities. Aged 6 years in a small oak barrel, it’s “a spirit with a well-defined personality: honeyed highlights in its colour, intense aromas of oak and vanilla which accompany notes of orange flowers and tea to complete the bouquet,” the Antinoris describe it.

And for an easy-to-make, but really delicious bite to go with the Antinori Brandy, try this recipe: spread duck liver paté on a toasted rustic-style bread. Top it with home-made fig jam and enjoy!

Mauritius is a relatively new player in the Rum producing industry, but its miles of sugar cane fields give it great potential. The fact that didn’t go unnoticed by Mauritius native Frederic Bestel, the creative force and master blender behind Gold of Mauritius. 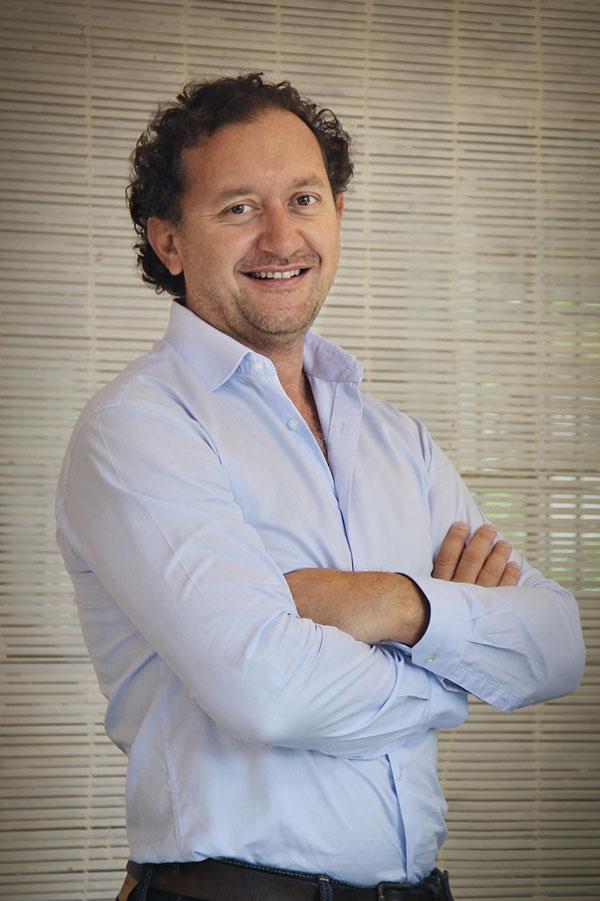 When he set to creating his own Rum, “the idea was to pay tribute to my homeland, this island with its breath-taking landscapes and especially to the multi-cultural population."

"With this in mind I wanted Gold of Mauritius to exhibit its many facets, in elegance and beauty. The result is a light and mouthful golden liquid, and a discreetly luxurious product packaging. I am very pleased with the outcome.”

Congrats on the good job, Frederic, Flaviaristas are extremely pleased as well!

How did he go about creating it? “In the production process I use elements of different origins: the Rum is 100% Mauritian, the production method is inspired by the South and Central American procedures and the barrels come from South Africa. This variety in influences reflects perfectly the different cultural backgrounds of Mauritius.”

Does Frederic have a favourite food pairing for his Rum? You can bet he does: “Personally, I like it pure, after a good meal and maybe accompanied by a cigar. We carried out tastings and found out that it goes particularly well with grilled red meat and – a surprise – spiced curries!”

Oh, the stupendous five - just like Kylie, we can't get them out of our head.