5 Essential Bottles Any True Gin Fan Should Have at Home 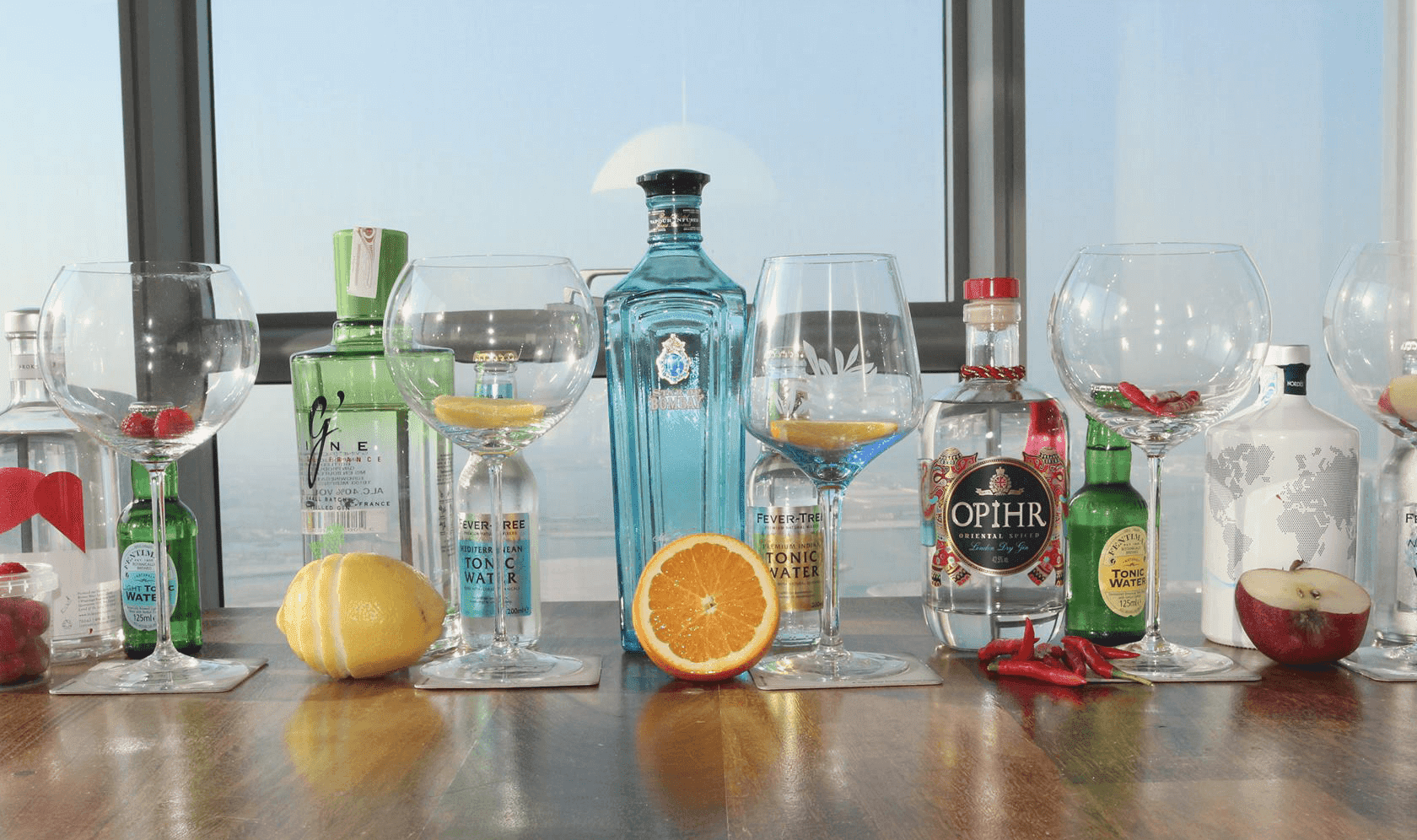 The home bar is a wonderful thing - and I’m not talking about half a bottle of vodka and an old liqueur which has been gathering dust at the back of a cupboard for years - I’m talking about a solid collection of spirits, decent glassware, and the ability to create a number of cocktails from the comfort of your kitchen.
Any true Gin lover will already know the value of the perfect G&T, of an exceptional Martini, and perhaps even a Martinez or a Negroni. They’ll be comfortable with trying new Gins, and might even have a favourite.

But with hundreds of Gins on the market, each with a different flavour profile, proclaiming to be the best, most exciting and unique, it’s hard to know where to begin. So to expand your Gin selection and make sure your home bar is well-stocked, here’s a list of the five essential bottles you should have at home.

London Dry, contrary to the name, doesn’t have to be made in London. It is a specific category of Gin with lots of stipulations around the way it’s made but, in a nutshell, it’s made using a pure grain spirit, with flavour introduced from natural botanicals through re-distillation. It mustn’t contain colourants or any added ingredients other than water.

London Dry is the most common style of Gin in the world, and the flavours vary hugely from bottle to bottle. Our favourites are the juniper-heavy Sipsmith, the classic Tanqueray, and the well-rounded Bulldog.

A post shared by Patrick C Dalton (@patrickcaseydalton) on

Old Tom Gin first became popular in the 18th century, and takes its name from the wooden plaques shaped like a black tom cat mounted on the outside of pubs during the time. Under the cat sign was a tube and a slot to put money into. Out would come a shot of Gin, poured by the bartender inside.

Old Tom is sweeter than the London Dry Gin styles, and is drier than its predecessor, Dutch Jenever. Its recent resurgence in popularity is due to the rise of cocktail culture; it makes wonderful mixed drinks without the need for sugar.

Try Hayman’s, made from an original recipe, or for something more contemporary, give Ransom a go—an Old Tom aged in former wine casks for almost a year.

Best for: Classic cocktails like a Martinez or a Tom Collins

@backstagecocktailbar tonight special!! "18th Martinez" #RansomOldTomGin #ItalianVermouth #Maraschino #Orange bitters We have limit serving as we this is only one bottle of Old Tom gin we have... First come, first serve!! Cheers!! #Cocktail #CocktailBar #Bangkok #Thailand

Flavoured Gins are on the rise. From traditional Sloe Gin (which, due to its sugar content, is technically a liqueur), to the more unusual Rhubarb or Grapefruit, there’s a wealth of flavours and styles to suit almost every palette. Flavoured Gins, while often containing a number of botanicals, have a single, predominant flavour.

Whether sipped neat, over ice, or used to heighten the flavour of your favourite cocktail, these are super popular Gins, and every home bar should have at least one.

Best for: sipping neat, over ice, or with just a splash of tonic

A relatively new category, this style is often also called New American Gin. With New Western Gin, juniper doesn’t have to be the dominant flavour, unlike London Dry (although it must be present, or it cannot be called a Gin!).

The style originated in America, and is based in the belief that increasing the flavours from other botanicals will lead to a more balanced Gin.

While we could give you a list as long as your arm of New Western Gin styles to try, you can start with these five craft Gins, we’ll keep it short; try your next Martini with Aviation Gin, the originator of this category. Or check our selection of 5 American craft Gins you need to know.

Best for: Martinis, and people who aren’t so keen on juniper-forward Gins

Navy Strength Gin was invented by some savvy sailors in the British Navy who discovered that if the Gin at 57% ABV on board their ships were to be spilled on their gunpowder, it would still light, but a lesser strength spirit spillage signalled trouble.

There are a number of Navy Strength Gins around - some great, some less so. A decent Navy Strength Gin calls for its own recipe; it’s not simply a case of increasing the alcohol in an existing Gin recipe as the botanicals will react differently at different strengths.

One Gin which gets it oh so right is Perry’s Tot, named after a naval officer and with such a smooth finish you’ll never know it’s an overproof Gin.

Best for: whenever you need that extra alcohol kick

A post shared by New York Distilling Company (@nydistilling) on

So from G&Ts to Gimlets, neat sips to Negronis, whatever your top tipple, these five bottles will have you covered for every gin-eventuality.