Do You Know You Conduct a Scientific Experiment Every Time You Drink Absinthe? 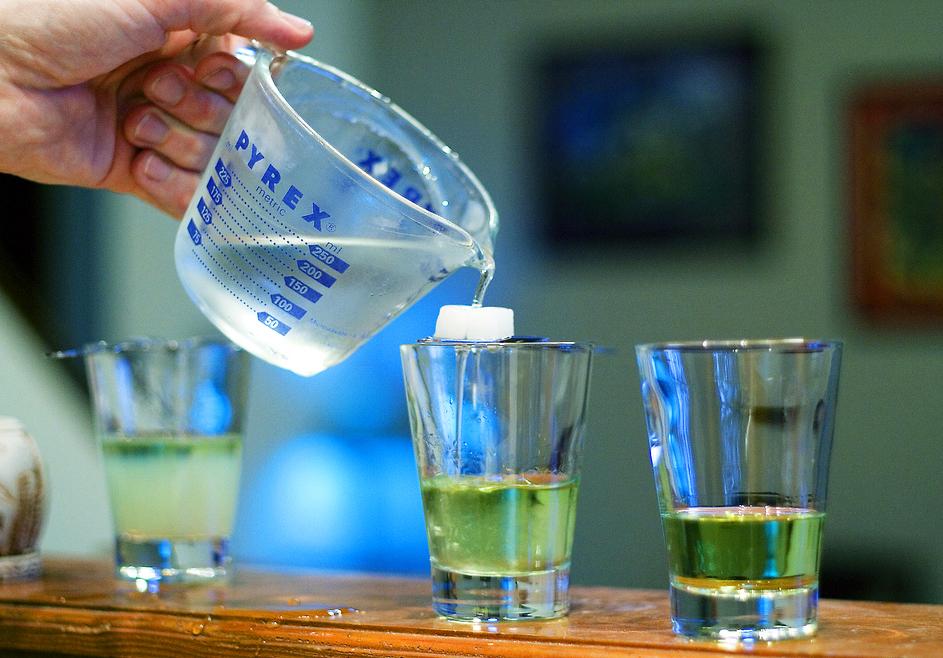 The Green Fairy is not only the most mysterious of drinks, but also a scientific phenomenon. When it's served with a few drops of water added to it, the clear green Absinthe turns milky white.
And this so called louche is exactly where the physical-laws-breaking mystery happens:
Once Absinthe gets cloudy, it doesn't get clear again after a few minutes, but remains cloudy for months!

It's about as weird as if you were to toss a handful of sand into a swimming pool and the pool stayed cloudy for the entire summer, Serious Eats explains.
Scientists call this phenomenon the "ouzo effect" after the popular anise-flavored Greek spirit. It’s the result from the unique characteristics of anethole (the essential oil responsible for anise flavor), high-proof ethanol, and water.

Here are a few choice quotes from a recent scientific summary of the phenomenon:

...the common belief is that the ouzo limit cannot be explained by classical thermodynamics at equilibrium...
...In this context, the very definition of 'phase diagram' becomes ambiguous...
...the ouzo effect is a versatile way of forming nanometric droplets of a liquid encapsulated in a protective shell...

Not that we understand much of it, but as the folks at Serious Eats put it: "OMG you broke the physics!"
Read more about:
Published Sep 12th 2014
By Grisa Soba