At Dalwhinnie, the cold helps shape the Whisky 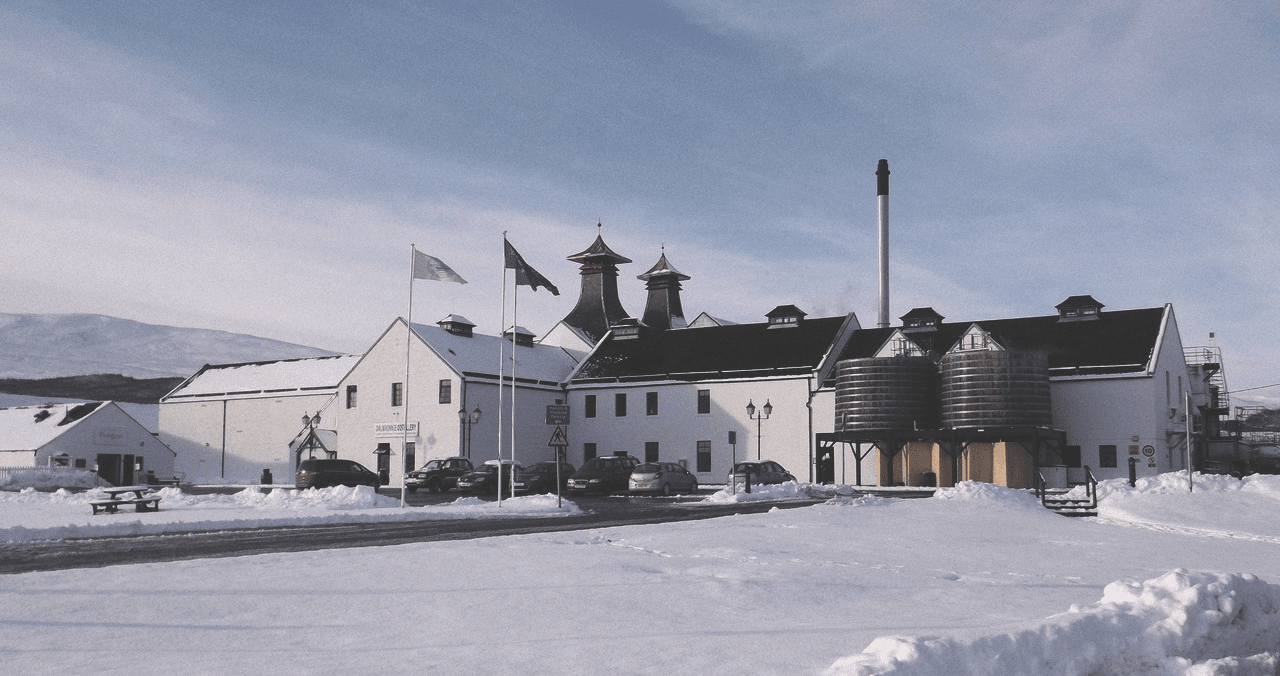 If you’ve never heard of Dalwhinnie, let me assure you it has nothing to do with its Whisky. The Scotch from this Highland distillery is excellent; there’s just not a whole lot of it. The distillery itself is pretty special, too, so it was time for the Flaviar team to pay a visit.

After a three-hour drive from Edinburgh and through the Lowlands, the epic Highland scenery opens up in front of you. We'll be honest; this is a stock photo, but it captures the area exactly: 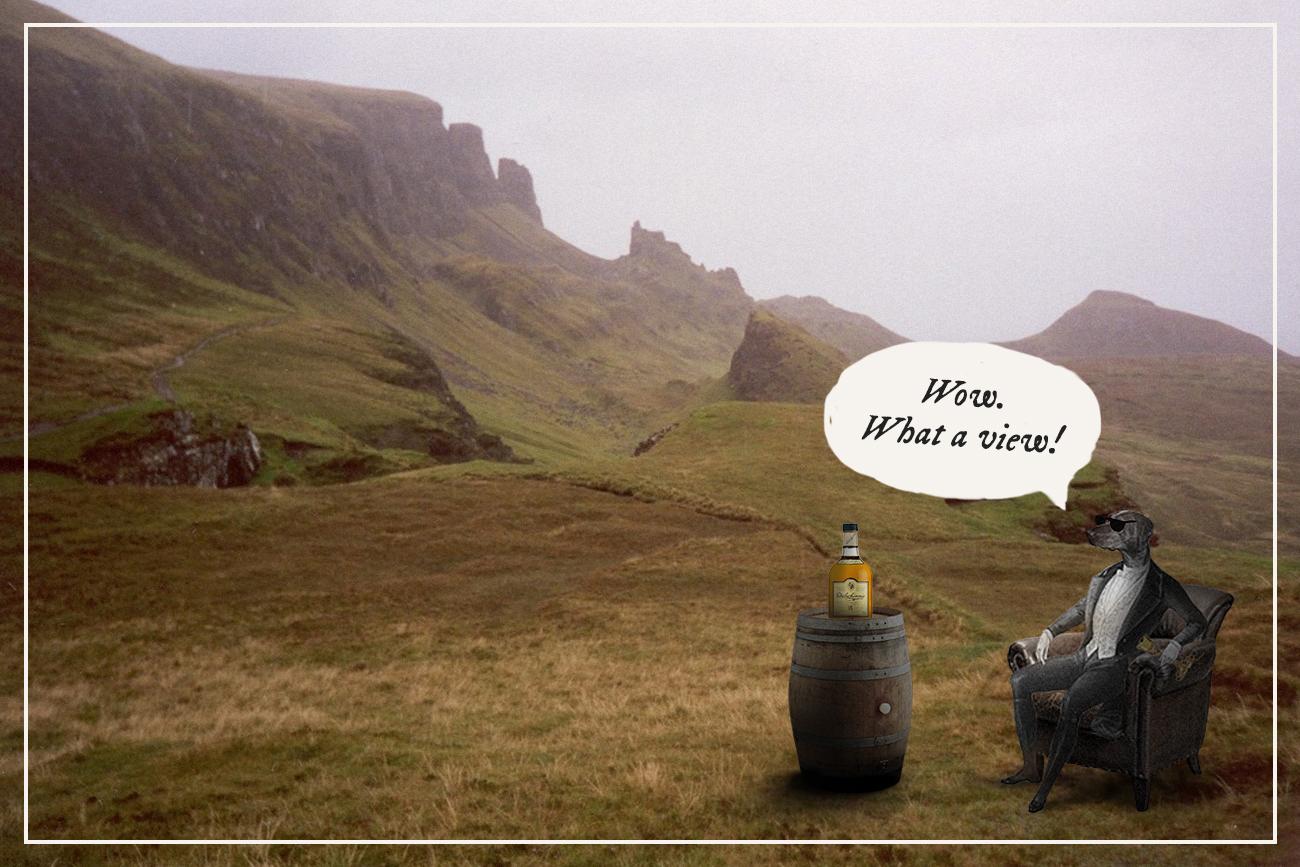 When you finally reach the Dalwhinnie distillery, you’re in the heart of the Scottish Highlands, in Cairngorm National Park. We met with our hosts for the day, Ewan Macintosh, Head of Brand, and William Milligan, the distillery guide, who could tell we were freezing and took us inside for a tour of the distillery (there was also hot chocolate involved, but we’ll get to that later).

It's the highest distillery in Scotland. Or is it not?

Dalwhinnie Distillery’s existed since 1897, but look it up online and there are two things that jump out: It gets the lowest temperatures, and it’s the highest-altitude distillery in Scotland. 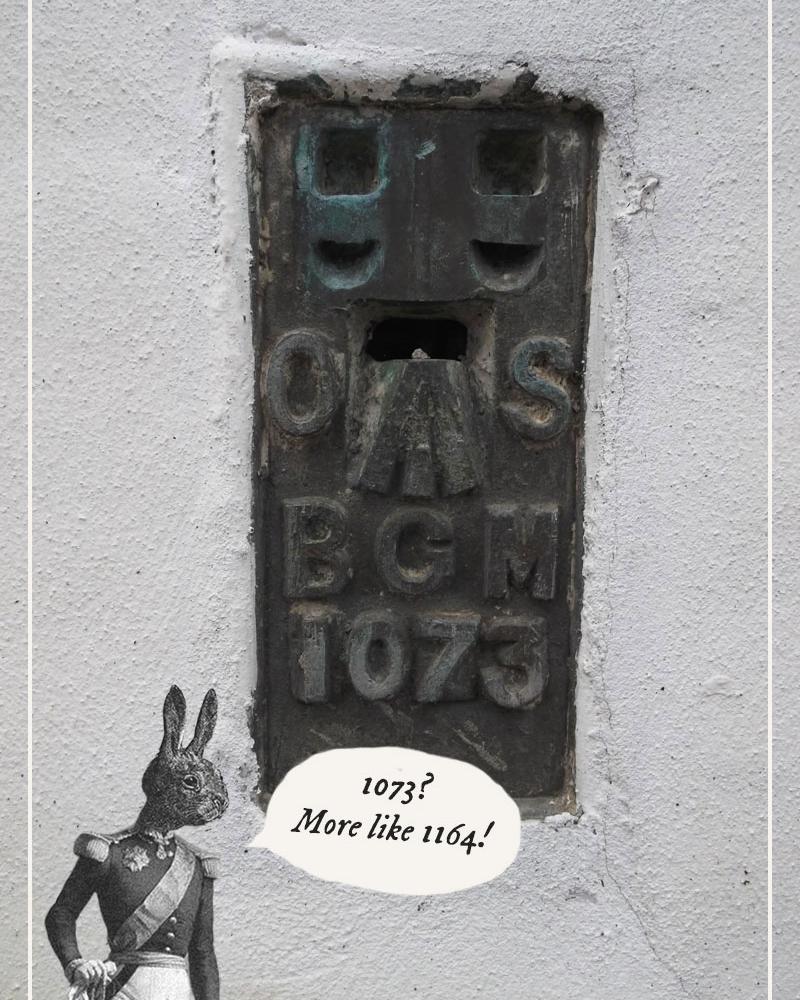 “Though, to be honest, there’s been some confusion around that”, Ewan explains, “We’re the highest distillery in Scotland, but it’s often been disputed. There’s a plaque on the wall set by Ordnance Survey, the mapmakers here in Scotland. And there’s a number on the plaque that says 1073. Obviously, everyone believed that was the altitude and it was even used in our marketing materials.

But when Braeval distillery reopened five years ago, their altitude was higher than that, and we believed we were no longer the highest. Until one day we put the pic of the plaque on Facebook and someone told us the number on the plaque was actually the reference number, while the height of the distillery is 1164 feet. Which, again, makes us the highest distillery”. ...And Facebook an unexpectedly useful tool. 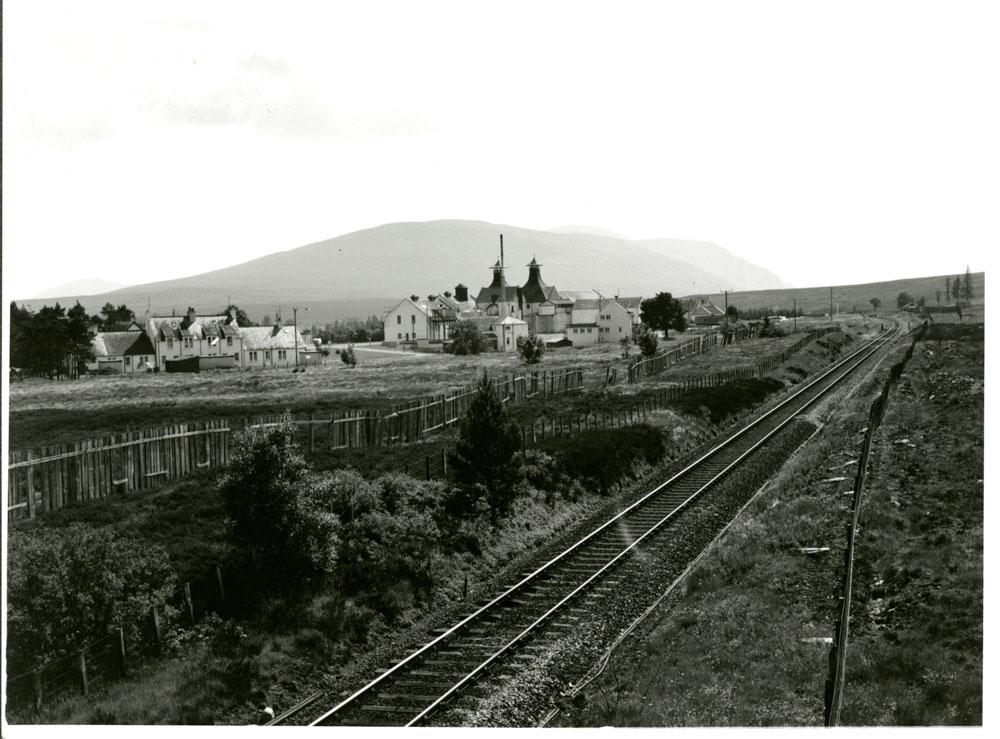 The way cold shapes the Whisky

Mystery solved. What about the cold? The wind was pretty nasty during our springtime visit, but how cold does it get around Dalwhinnie in the winter? “We have winters with long periods of cold, it could be -10 °C (14 °F) for days. But what’s the worst is the dampness that gets right to your bones. The average temperature here is 6 °C (42 °F) and the warmest we get in the summertime is around 20 °C (68 °F).”

Yes, they know their weather statistics at Dalwhinnie. It's beacuse the distillery has doubled as a weather station for decades.

Hearing this, it should come as no surprise that one of the Dalwhinnie single malts is called Winter’s Gold. Of course, we were curious to ask how the weather conditions influence the Whisky? “The biggest impact the cold weather has on Whisky is that the condensation of the spirit vapour happens fast. It’s called copper conversation and means how long the spirit vapour stays in contact with copper. The water here is icy cold and allows us to condense the spirit vapour very quickly and contributes to creating the spirit character we want.” 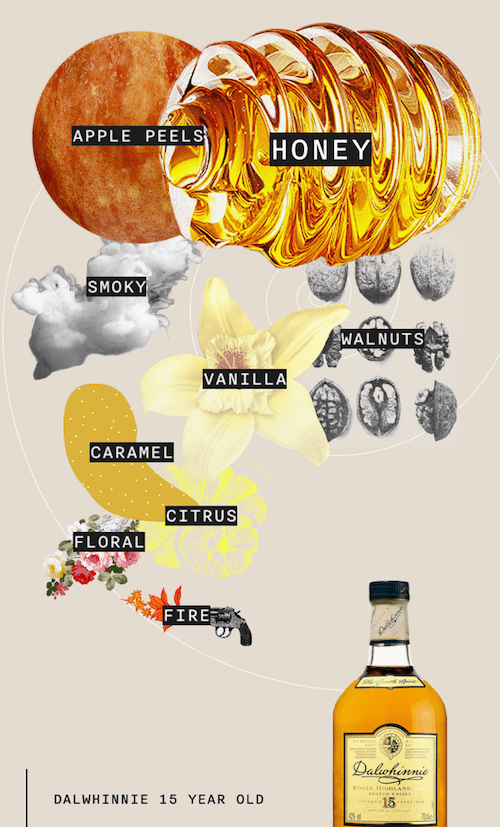 You’re wondering about the outcome, aren’t you? Well, Dalwhinnie has a reputation for creating light, almost gentle Scotches. Indeed, its Whisky is extremely balanced and definitely a true classic. This all makes it suitable for newbies, but also a must-have for many connoisseur home bars.

But don’t think that being in such a remote location stops thousands of tourists from visiting Dalwhinnie every year; they go mainly for two things. The first one, obviously, is Whisky. And the second one is Whisky paired with chocolate. Because you know when you take a couple’s trip to Scotland, you’re safe here. You’ll get your dose of Whisky fixation and even if your significant other doesn’t really dig Whisky, they’re sure to love chocolate because who doesn’t like chocolate?

Nearly everyone likes chocolate. But that isn’t the main reason Dalwhinnie decided to pair it with Whisky. 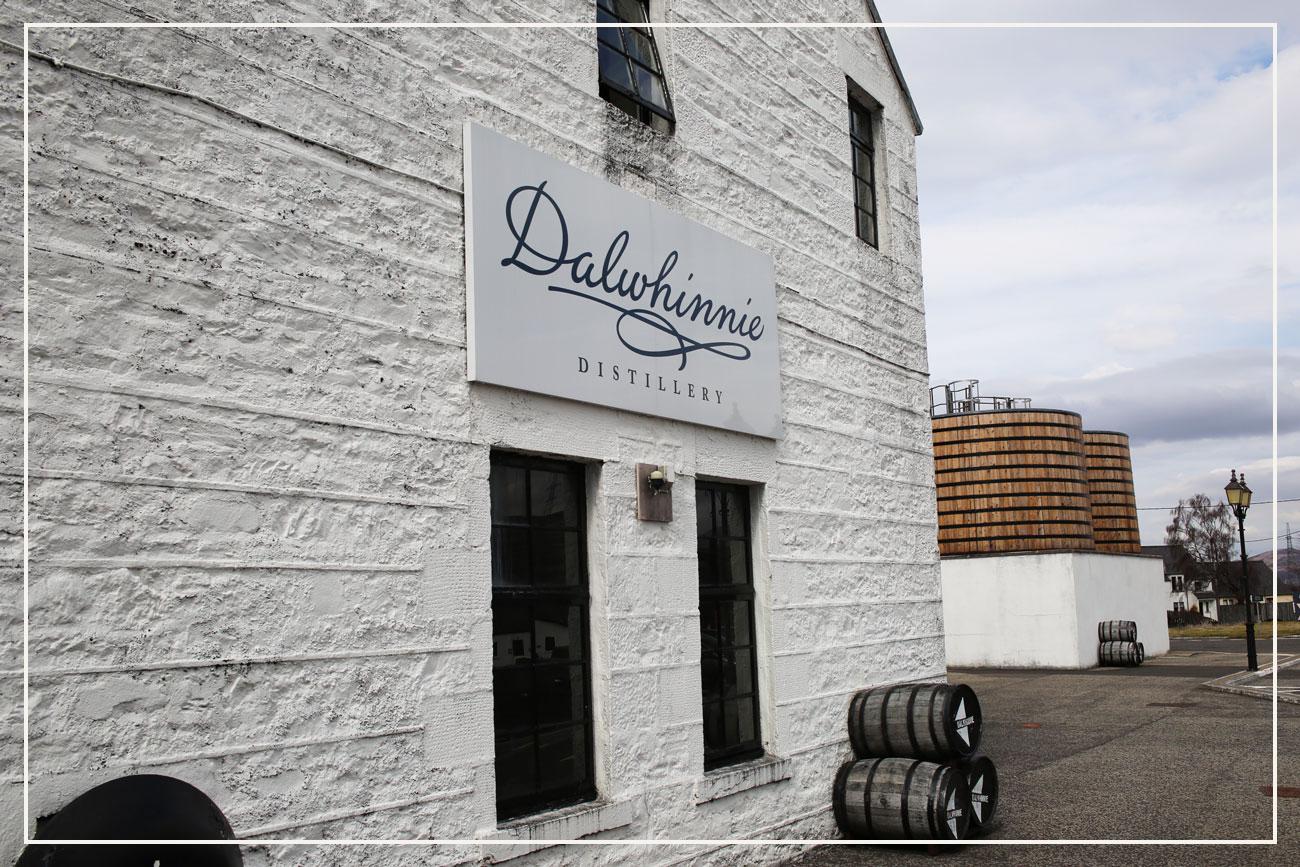 “We work with the Highland chocolatier Iain Burnett, the most awarded chocolatier in the UK. We tried chocolates from many different producers and went through a number of combinations to come up with the pairings we have now. The whole team here at the distillery was involved in selecting the pairings, joined by our brand ambassador and an ex Michelin-star French chef who lives in the village”.

Why pair Whisky with chocolate? Because it simply works

Obviously, everyone likes chocolate, but that isn’t the main reason Dalwhinnie decided to do the Whisky pairings with it. 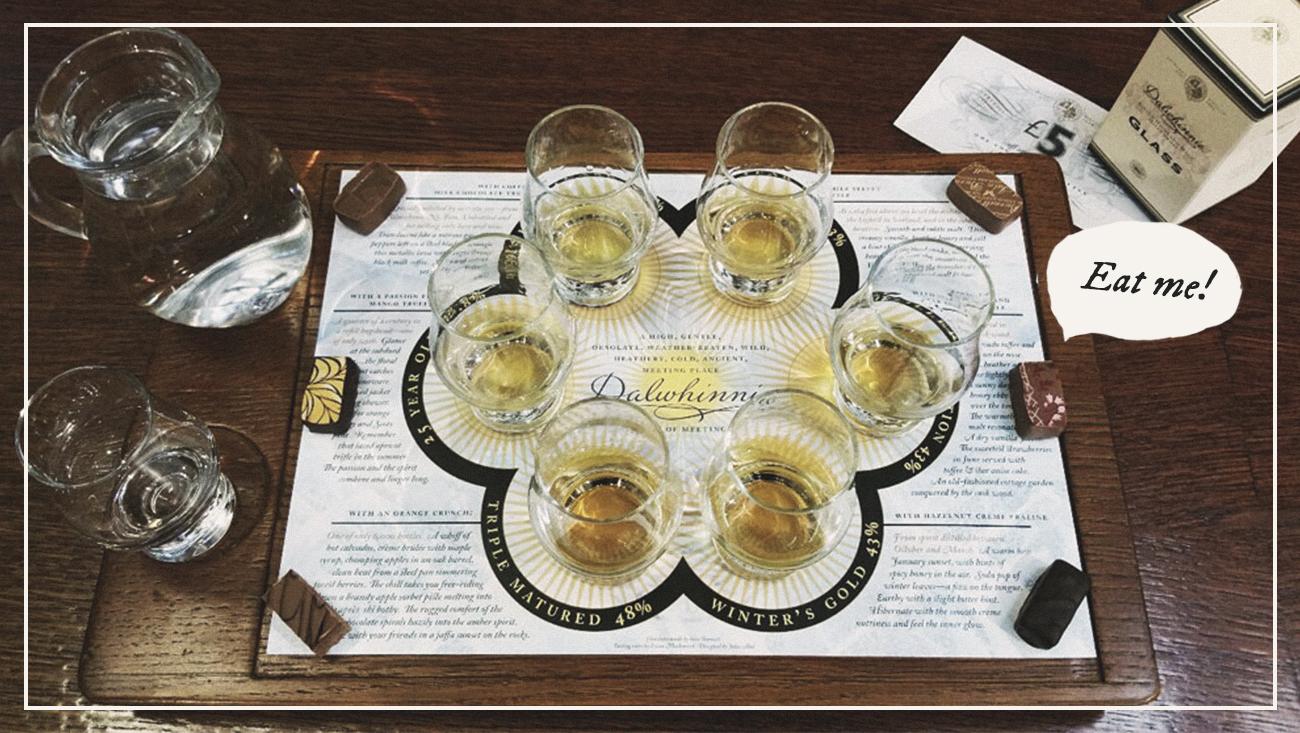 Ewan said, “Many people who visit aren’t really what one would consider Whisky drinkers; they’ve never been introduced to it properly. For them, the combination of Whisky and chocolate works great, because the cocoa fats coat the palate and when the sip of Whisky cuts through the fat, they get that very nice combination. So it works beautifully on that very physical level, and we turned many visitors into Whisky drinkers with these pairings”.

‘I’ve never realized I liked Whisky until I tasted it with chocolate’, is the most common comment that we get.

If you’ve ever found yourself having a hard time recognizing the flavours in Whisky, chocolate can help there, too.

“Pairings are a really good way to ease someone into recognizing flavours and talking about them. People who are not experienced drinkers often struggle to articulate what they like and what flavours they get, and this helps a lot with the language. For instance, we serve a Whisky that has a very peppery background with a raspberry and black pepper truffle. And the flavour in the truffle helps them recognize this same flavour in Whisky that they might not recognize otherwise. It’s the flavour clue we give them”.

Why don’t you try it yourself? Even without the chocolate, just look at the Flavour Spiral, which can help you to get some clues to recognizing the flavours in your drink.

And just like that, it was afternoon, our clue that it was time to leave and continue our way to Speyside.

Thank you, Ewan, thank you, Willie, we'll be back and you dear Flaviarista should go there, too. Slàinte Va!