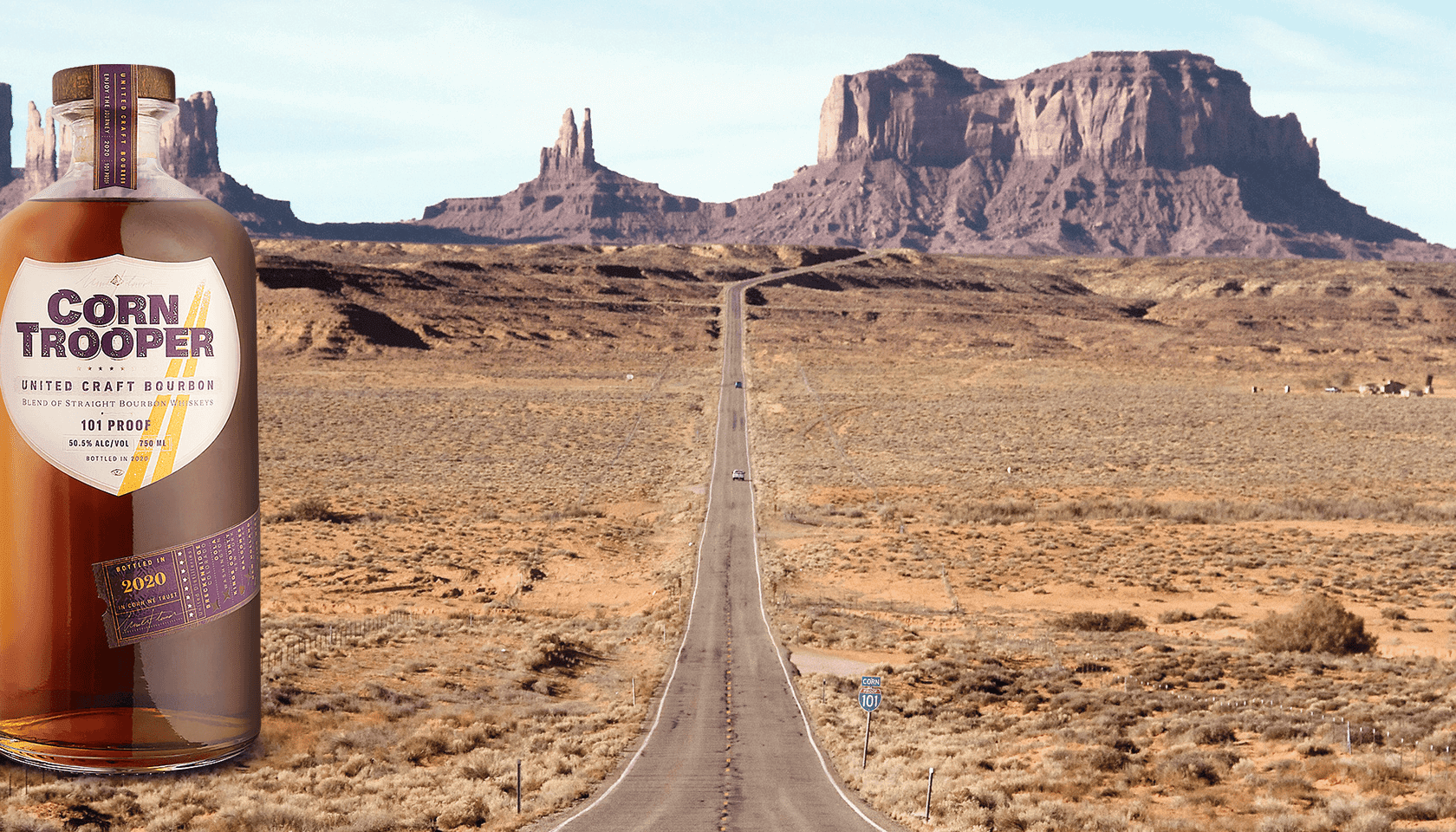 Our Members have been asking for it, we've been dreaming about it, and after being three years in the making, it's finally here: our first very own Bourbon.
The idea of releasing our own Bourbon has been in the ether from the very first day of Flaviar. It’s quintessentially American with an incredible history, and we absolutely wanted to create our own. But we wanted to bring you something special. Then, a road trip happened.

Road trips may have a destination and no mission, or it can be the other way round. Lloyd and Harry wanted to find the owner of a suitcase, while Dr. Gonzo had less noble motives. Our mission was to try every Bourbon we could find and learn about their story.

We realized then that we don’t want to create another run-of-the-mill Whiskey, a rival that would compete with all those marvelous Bourbons. Quite the opposite: we decided to create an homage to our favorite Craft Bourbons and unite them in a special blend. For us, Corn Trooper is both a map of memories and America itself and a union of seven unique Bourbons from seven states. 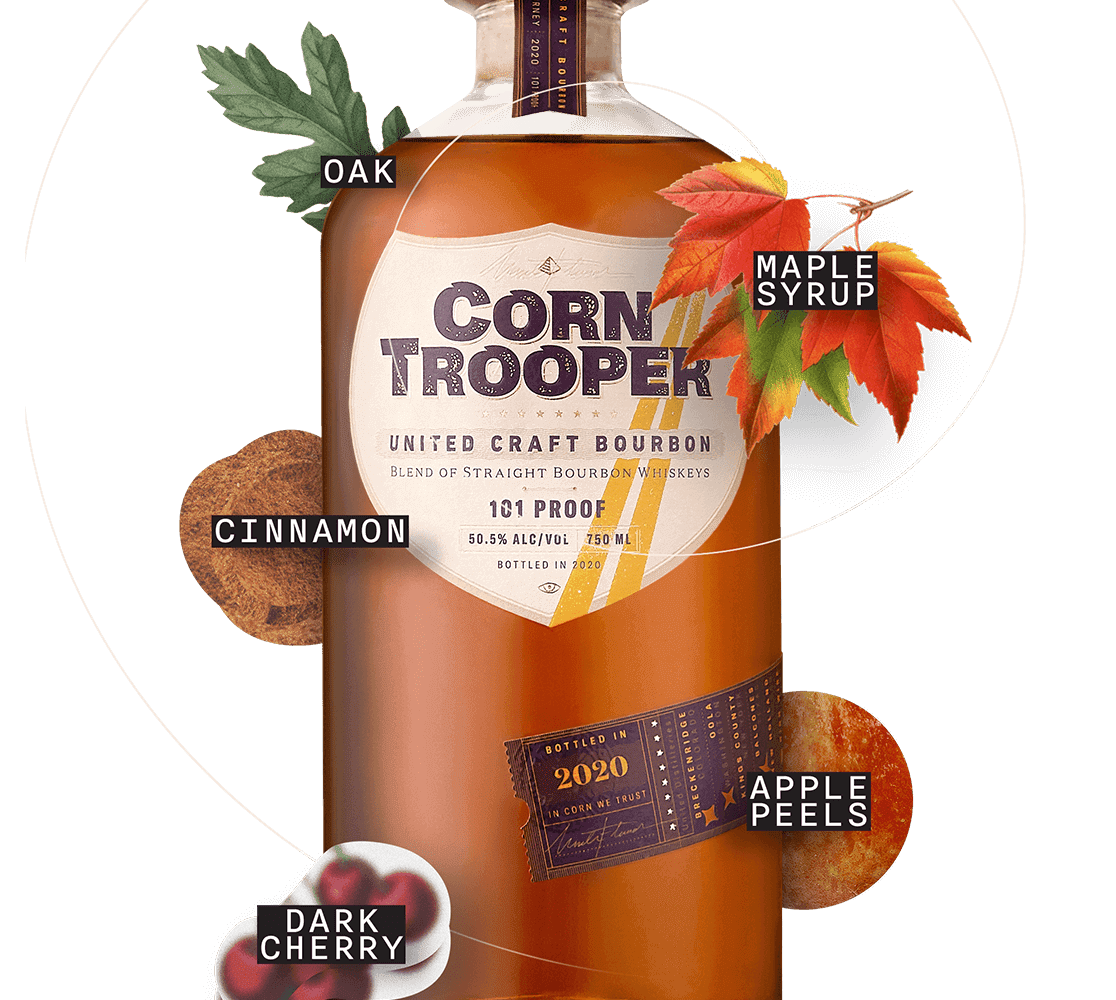 Craft Bourbon distilling is booming in America and in the world of Goliaths, the Davids need to step together and show everyone that small Whiskey makers can also deliver a good punch. Our United Craft Bourbon contains marvelous juices from seven distillers all across America, each bringing something unique to the character of Corn Trooper.

High Wire's Spirit was created by an artisan baker. OOLA from Seattle brings high corn content, while Hartfield from Kentucky bets on more malted barley. If you ask Kings County, they go all-in with New York corn (80%). Rapid maturation under the hot Texan sun forged Balcones Bourbon, whilst Breckenridge makes it at 2 miles above sea level. To round the posse up, we added a Bourbon finished in Beer barrels from New Holland Brewing. What a team! 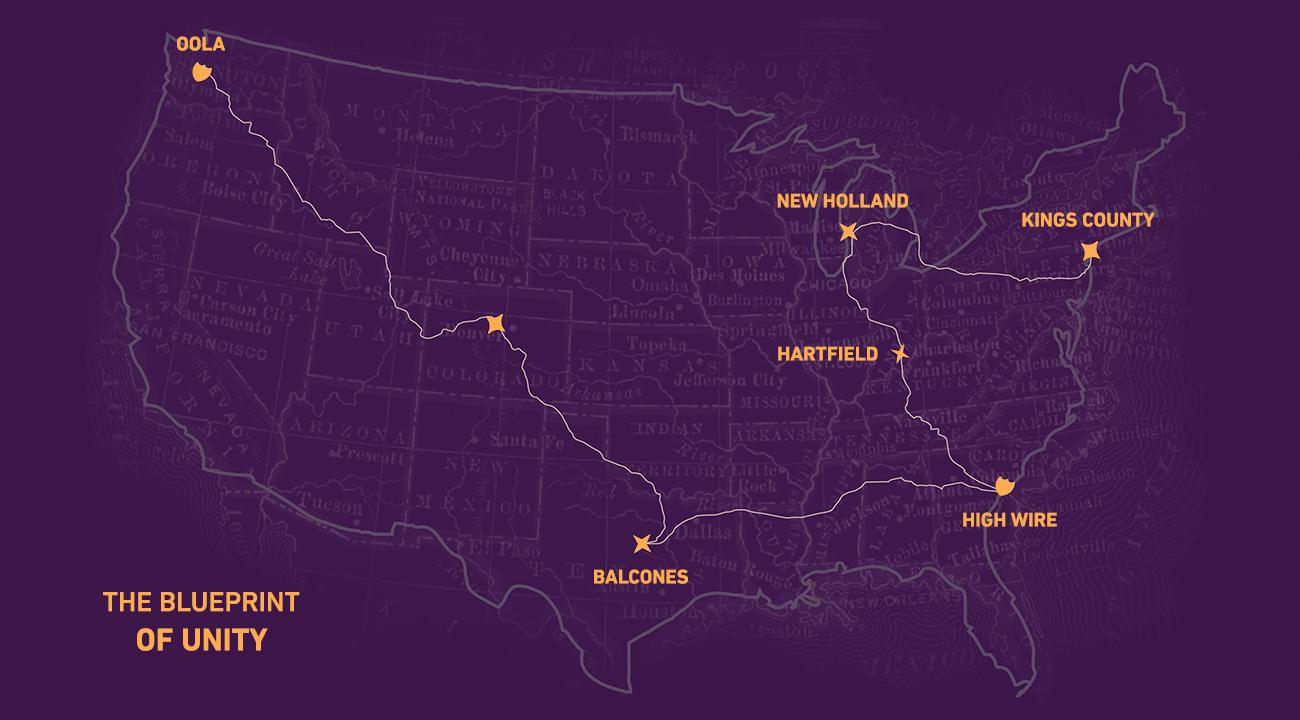 Seven peerless Straight Bourbons united in one proud and honest-to-god blend that plays on their strengths and their primo powers.

Obviously, we wanted our first Bourbon to be perfect on all fronts. Countless hours went into finding the right juices, tweaking the recipe, but also into finding the identity that would represent the Spirit. 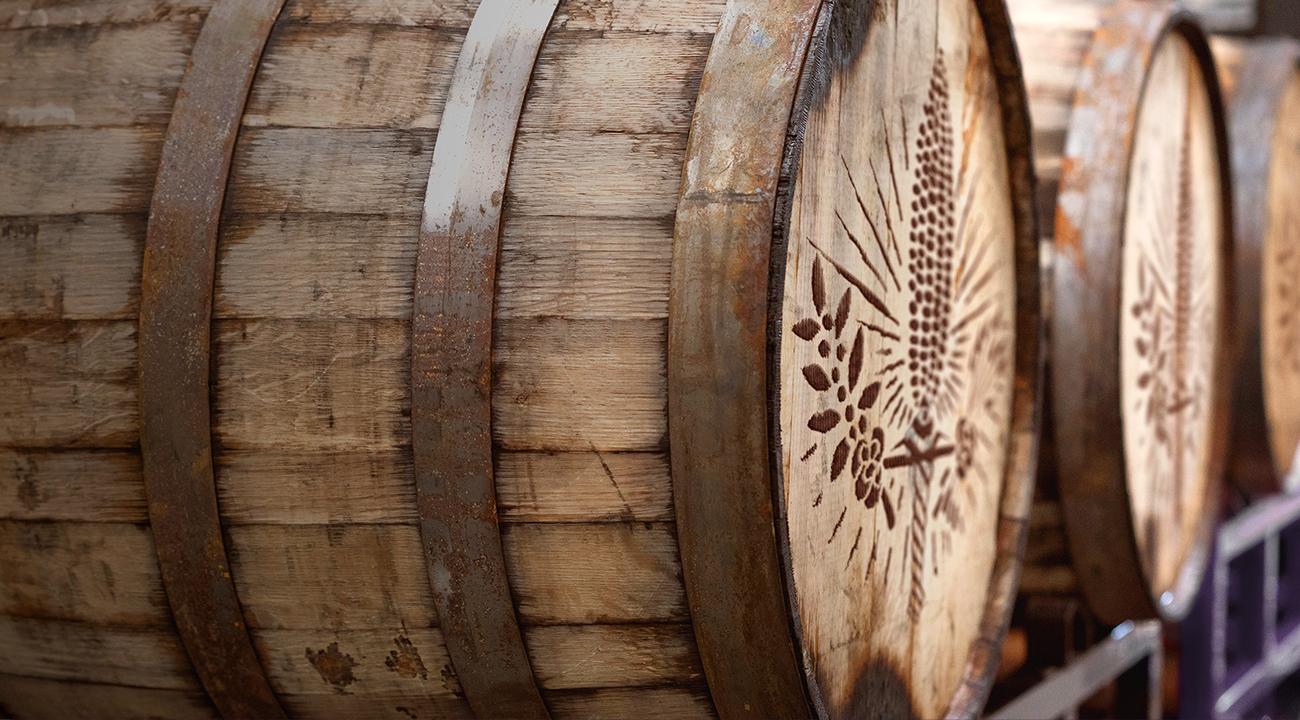 We harnessed the immense creative power of the people to find the name and received more than ten thousand submissions. (We know!) From ideas like Firewater and Bourbon One to gems like Piss Ant and Rubius Dupree, we almost went with the classic Bourbony McBourbonface, but our hivemind decided on Corn Trooper. Why? Because we love corn, the foundation of Bourbon; and because we want to be the Guardians of Craft Bourbon. 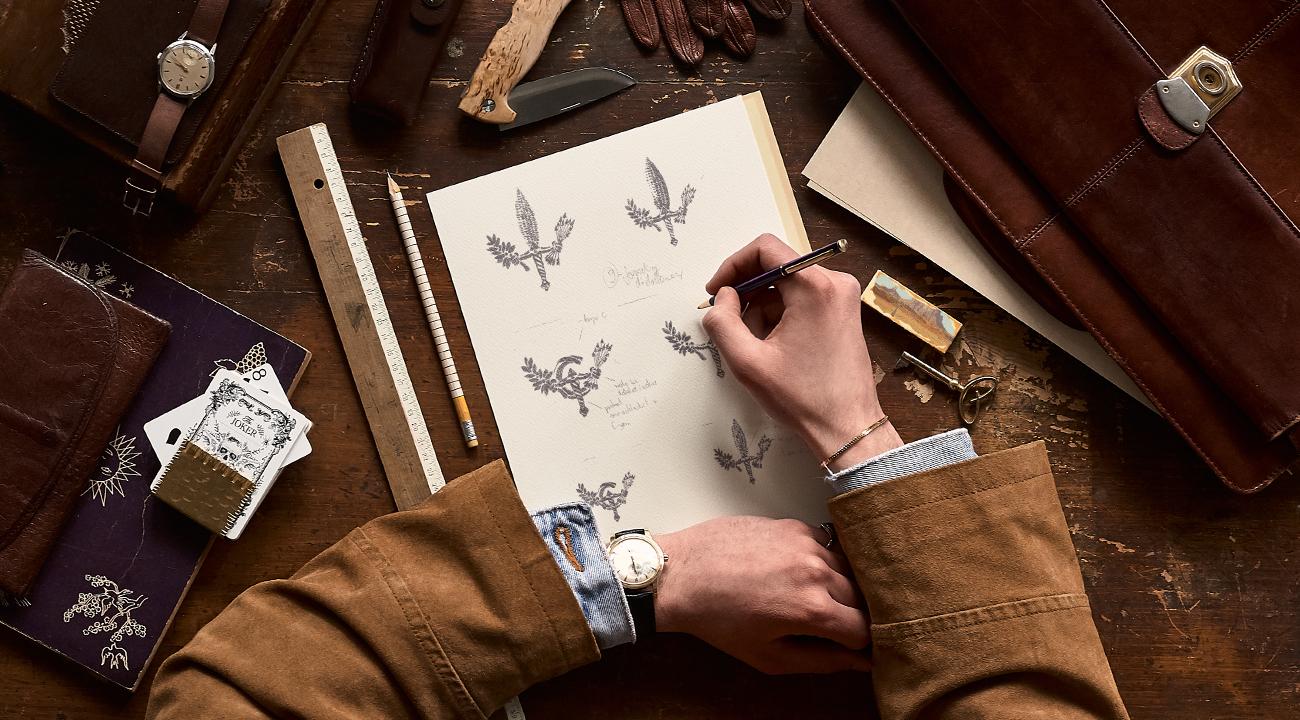 Then, our design team had to come up with some visuals. They tapped the wonderful universe of Americana and combined two archetypes: the explorer and the protector. The road represents the route that connects all seven distillers, while the shield-shaped label stands both for a trooper’s badge and the U.S. Interstate road signs. The main idea behind the symbology of Corn Trooper is the endless highway full of promise and flavor that leads to unity and cooperation.

The Blueprint of Corn Trooper

What we're definitely sure about is that the Bourbons in Corn Trooper are between 2 and 18 years old, all matured in new charred oak barrels. Each of the bottles carries a 101 Proof Spirit that exudes a powerful nose with notes of maple syrup, oak, vanilla, banana, and green olive underlined by a spicy character of cinnamon, ginger, orange peel, dark cherry, and apple peel, all translating perfectly to the palate.

We wanted to capture the taste of America with all her various terroirs and climates. From Washington, Colorado, Texas and South Carolina to Kentucky, Michigan, and New York, each state brings a different character. Corn Trooper, like a conductor on a cool motorcycle, makes sure all of them sing in unison and deliver their strengths to the palate.

For Whom is the Bourbon and Where Do I Get It?

Well, it's for you. It's for everyone who loves Bourbon and wants to try something new and truly American. 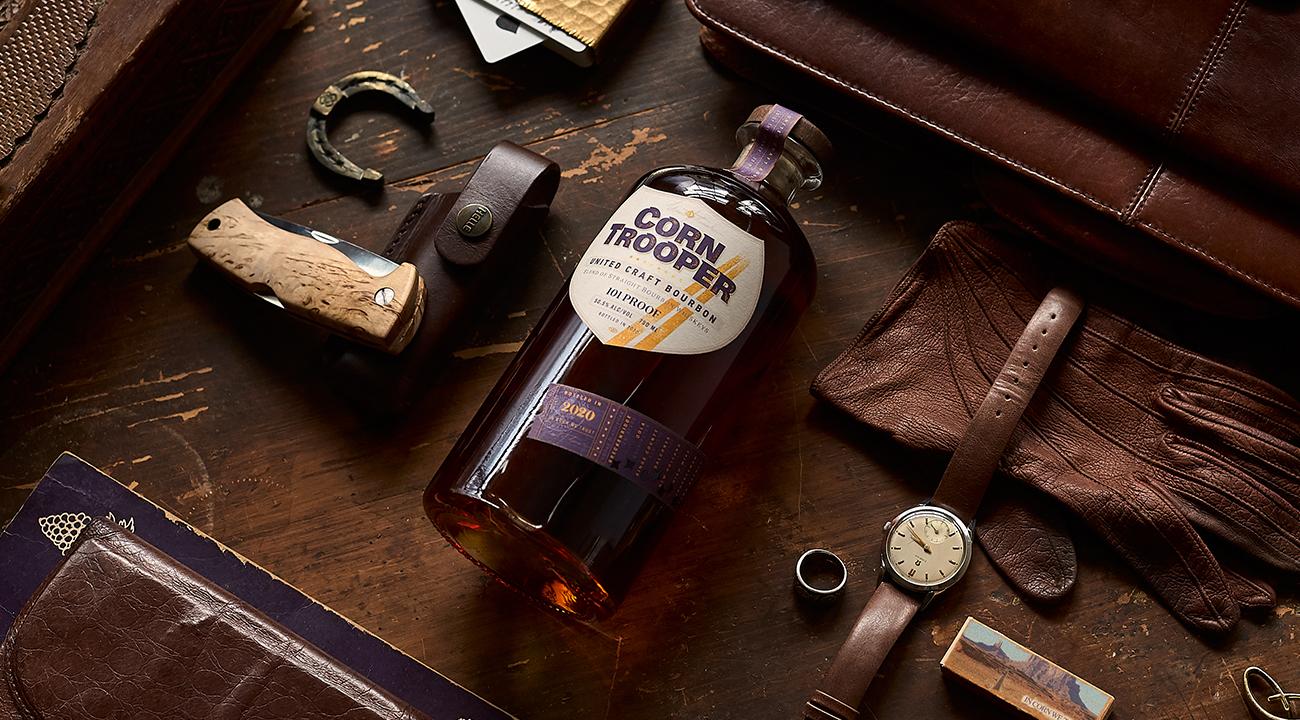 The best idea is for you to order Corn Trooper and make sure you try it before it’s gone. We're immensely proud of Corn Trooper and we really hope you'll love it, too.
Read more about:
Published Oct 22nd 2020
By Saso Braz