When you imagine a distillery it’s probably a picture of big stainless steel columns in a clean room, maybe a light industrial facility.
If you’ve seen more traditional distilling establishments, especially for Cognac or Armagnac, you’ve probably seen copper pot stills like these: 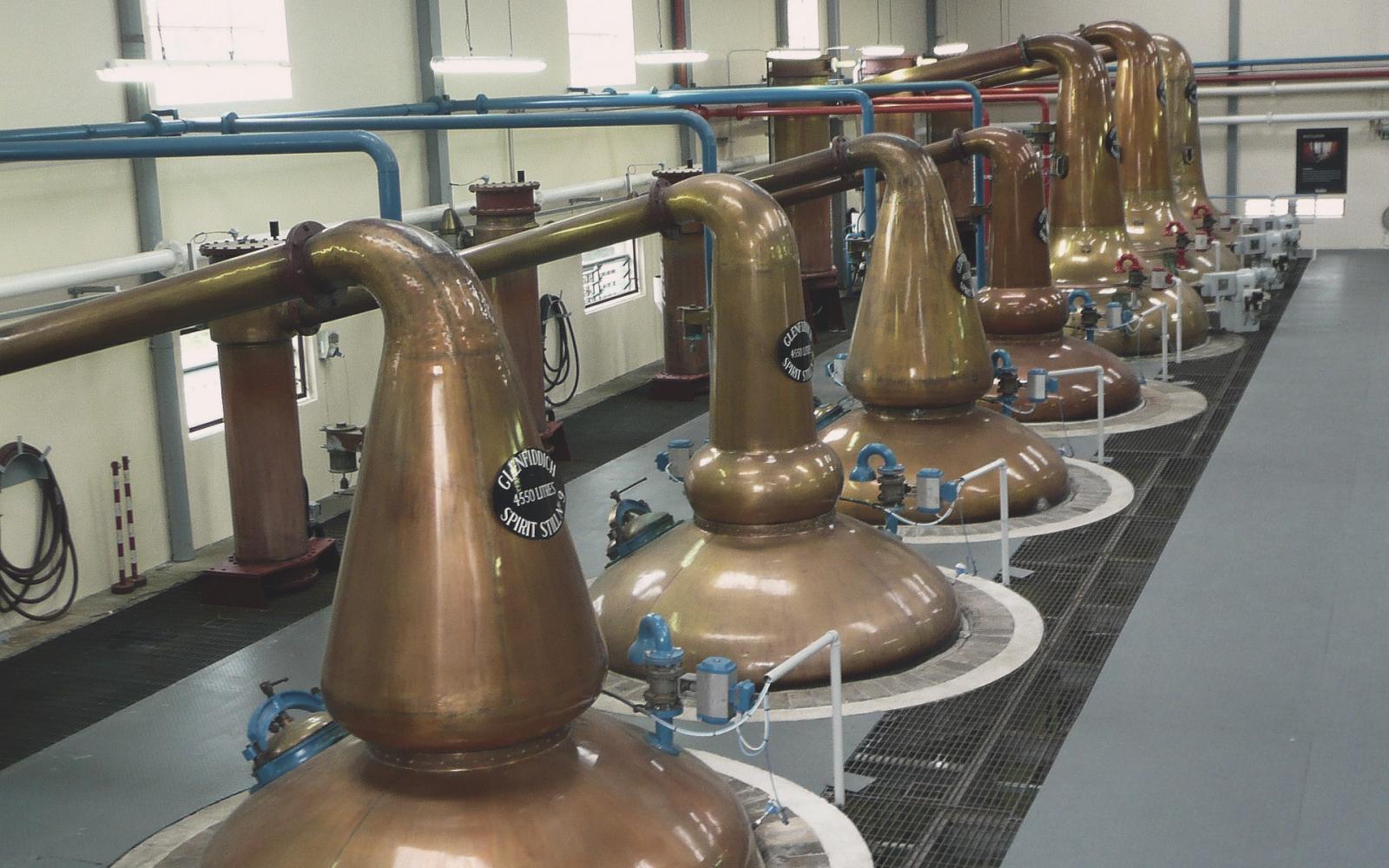 Maybe those were a bit more basic in slightly grittier environments.

As we all know the Mezcal world is a bit different. Renown for being hand made in small batches most Mezcal is made with copper stills that are distant relatives to the copper pot stills pictured above but they look like this:

A post shared by Iberian Coppers S. A. (@iberiancoppers) on

But if you go back far enough in the evolutionary tree of Mezcal distilling you’ll find something completely different, distilling in clay pots known as ‘destilado en barro.’

Back to the origins

The concept of clay pot distilling is exactly the same as those steel and copper stills because no matter how complex it looks, distilling is actually pretty simple.

You need to slowly boil your fermented mash in a container and capture the alcoholic vapors that rise from it. All those shiny metal stills are highly evolved mechanisms to achieve different flavors, less loss, and to bring more efficiency to distilling.

Clay pot distilling is the same but it’s much more difficult.

First, you have to put everything together by hand. You pour some fermented mash in, suspend a bamboo tube or agave leaf in the middle of the pot with its tip going out a hole in the side, and then you seal a cooling basin to the top of the pot with a paste; occasionally this paste is made from flour and water, occasionally from masa (masa is a mixture of ground corn and water, the same doug used to make tortillas, tamales, and many other Mexican delicacies).

Now that you have your still assembled, you start a fire underneath and start cold water circulating through that cooling container on top. And then you watch and manage the fire so that it’s not too hot, not too cold, until Mezcal starts to emerge from that tube in the side.

What’s happening inside is that the fermented mash slowly boils, the alcohol vapors rise and when they come into contact with the bottom of that cooling container, they form droplets which fall onto that tube and roll out of the pot. 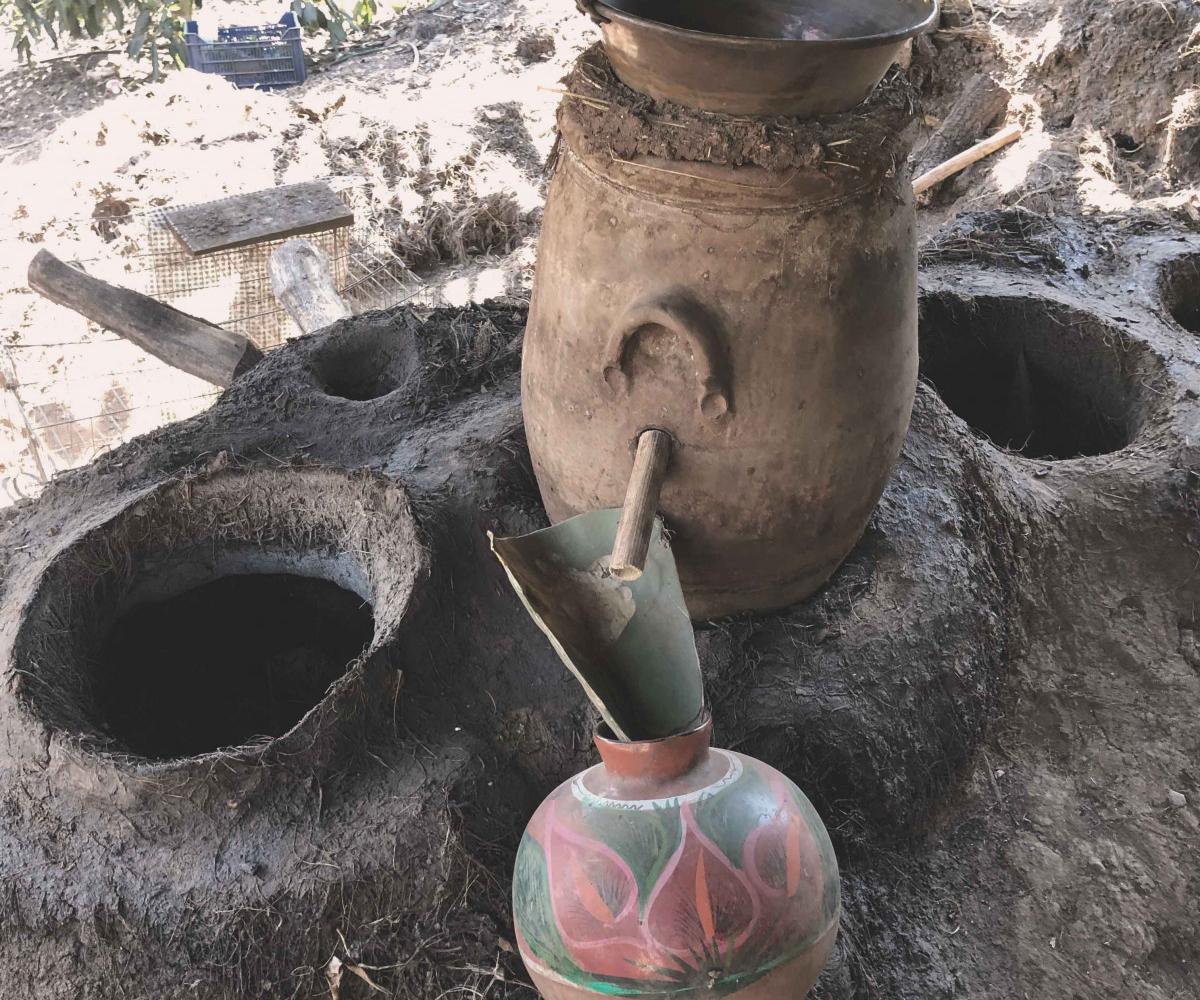 Conceptually this is all so simple but plenty of drops fall back into the mash so it’s a very slow and laborious process. It’s also very inefficient because you lose some vapor, the paste seals sometimes aren’t solid, and -sooner rather than later- the pot is going to break and need to be replaced with a new one.

History in a clay pot

Obviously this method is very old. Currently there’s a discussion about whether it pre-dates the arrival of Europeans in Mexico with some tantalizing circumstantial evidence in favor of that idea.

But it’s clear that distilling in clay pots has been used at least since the 16th Century in Mexico and that it picked up innovations from distillers as they arrived in the country. Filipino sailors brought their ideas from the West, Spaniards from the East, and rural Mexican ingenuity continued to adjust the system. 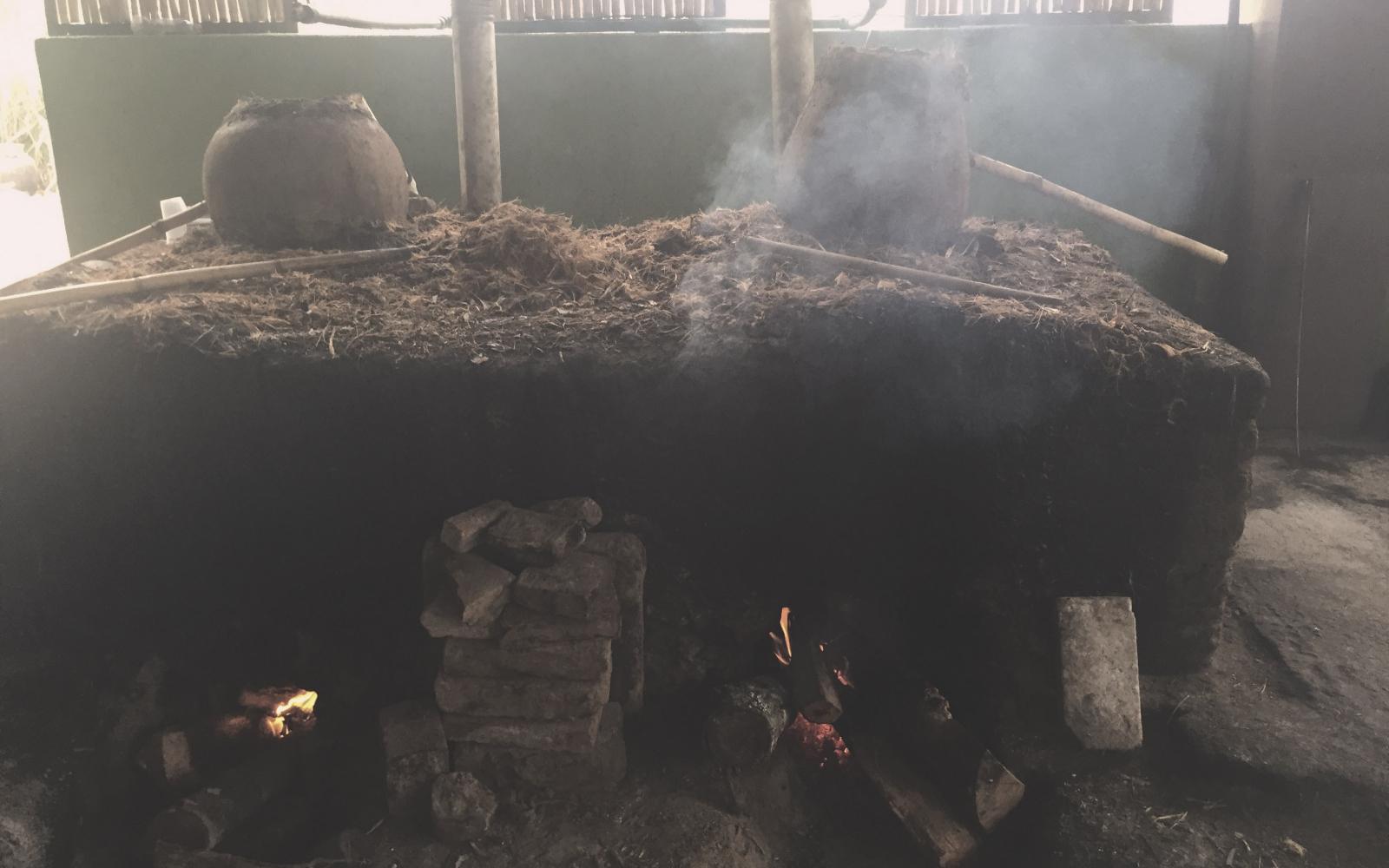 This wasn’t a smooth process, there have been long stretches of time when the Spaniard governments made local distilling illegal so Mezcal production went underground and found clay pot distilling particularly adapted to life on the run.

If the authorities showed up you could claim that you just had clay pots. Worst case they would just break your pots and you could move on to another clandestine location to continue your activities.

The amazing thing is that so many Mexican distillers continue to make Mezcal this way. While many have moved away from it because it’s so inefficient and labor intensive, others never stopped exactly because it’s so simple, inexpensive, and traditional.

Thanks to them we have this amazing, possibly pre-European, distilling technology still producing amazing Mezcals.

Everyone asks, does it make a real difference? Yes, it definitely does. Clay pot stills impart a unique minerality to their Mezcals and even if they don’t directly contribute more distinct flavors, the fact that a distiller is willing to put in the time and energy to distill this way, the fact that they respect the tradition by continuing to distill this way, is something of a proxy for greater attention to detail, high quality, and unique flavors.

What should you try?

Today you can find a variety of Mezcals labels that highlight this approach across the Mezcal landscape. Some of the most prominent come from Santa Caterina Minas outside of Oaxaca where distilling in clay is the traditional local form of distilling. Among them key proponents are Real Minero and Mina Real which are both widely distributed.

Hailing for Jalisco Don Luis Contreras distills Raicilla from a unique variation of a clay still that looks something like a scaled up honey comb for Raicilla Venenosa Sierra del Tigre de Jalisco label. And Cinco Sentidos highlights a new generation in Amando Alvarez who is just 28 but distilling in clay for the Papalometl label.

There are more out there, they all deserve your immediate attention.