The Summer of Spritz (in Cans)

Summer of Spritz (in Cans) Canned spritz is the new, and thank god for that, White Claw. Labor Day is just about here, quarantine BBQs or socially distanced drinks are a thing and the new wave of canned spritzes make it all better.
The good news, many canned spritzes are good. The better news, more are on their way by distillers and similar types with great reputations.

If you’ve been living under a rock let me give you a hand, a spritz is a bitter like Campari with sparkling Wine, fizzy water and a slice of fruit. The exact ratio is 3-2-1: Three parts sparkling Wine to two parts bitter to one part (or less!) of sparkling water. Plus that slice of fruit.

The classic bitter is Aperol but it could just as easily be Campari, Aperol, Cynar, Punt e Mes - even a great Mexican bitter like Granada-Vallet. The classic sparkling Wine is Italy’s own Prosecco but many find that cloyingly sweet so feel free to work with whatever you have on hand or fits your taste.

The spritz is so simple that it could, and probably has, been invented repeatedly in a variety of places. But Northern Italy lays claim to its origin probably because many of the original amari are from there. The classic is the Aperol Spritz: This was the drink for a sultry day at San Remo or the entire month of August at any beach in Italy.

The rest of the world isn’t dumb so the spritz rapidly spread through the bar network to bars on beaches, bars in heat sinks, and eventually to global dominance because it’s simple, low ABV, and goes down easy. Bar tenders may not have liked that it didn’t test their skills, they loved they could serve a dozen in less time than it took to make a Mai Tai.

And it’s been trending for some time, so much so that last year the New York Times thought it fit to troll the world and declare “The Aperol Spritz Is Not a Good Drink”  That went over like a lead balloon and only served to enhance the centrality of the spritz to our culture.

Everything must be canned

The evolution is such that canned spritzes were already well into production before COVID but it’s a cocktail that fits the time. For some reason people want cocktails but they don’t want to put much work into them. And, the confluence of canned everything (see White Claw which is canned sugar, alcohol, and flavoring) plus the hot season in the Northern Hemisphere (Australia, South Africa, Argentina - get ready for December with canned spritzes!) means that this is the drink of the season.

Last summer, Gin may have been the drink of the summer, this summer it’s the canned spritz. One of the fantastic saving graces is that these canned products are lifelines to local distilleries, wineries, and breweries who have been otherwise struggling after all their retail accounts were wiped out by the virus.

Another really happy coincidence is that everyone is piling into the canned space making it a hot zone of cocktail experimentation. There are canned spritzes with Cider instead of sparkling Wine or just plain Wine with sparkling water along with an amazing spectrum of flavors to suit every picnic and hankering, however bizarre.

Let’s start with a classic rendition

The Sprezza Rosso or Biano combine up and coming Piemontese Vermouth maker Mancino Vermouth’s white or red Vermouth with Scrappy’s bitters, mineral water, and carbonation. It’s the platonic idea of an Italian beach in a can.

LA’s Greenbar distillery has three variations that feature the American lust for variety with cans of ginger, orange, and hibiscus spritz. These cans include a balance of sugar, spice, and herbs for something very perfumey.

Ramona is basically Wine with a touch of citrus. It’s a leading sommelier’s combination of Sicilian Zibibbo grapes and sugar with flavorings like Ruby Grapefruit, Meyer Lemon, and Blood Orange for a real sharp and uplifting experience.

Mezzo Spritz is what it says on the label, half a spritz because it’s really a cider spritzer with cider, sparkling water, and botanicals to give it contrast. At 3.5% it’s something that you could drink for quite some time.

Local distillers are doing amazing work in this category, the latest arrival is Ventura Spirits' Angeleno Spritz which is made from their already and justifiably popular Angeleno Amaro, grapefruit juice, and soda water. It's light, refreshing, and maintains that bitter soul.

Those are just five to get you started, there are plenty more on the market now and some very intriguing new entries on the horizon.

Look, spritzes are super simple so you owe it to yourself to at least contemplate making them yourself. They’re enormously economical and reward experimentation. Just get a bottle of your favorite bitter, an inexpensive sparkling Wine (I find Cremant de Loire quite economical and it provides a bit more structure), a bottle of sparkling water, ice and an orange.

Voila, you’ve got a picnic party worth of cocktails. And if you want to play with it, try adding tonic water in place of sparkling water for a drink that broods a bit. Or, add a splash of Gin to give it herbal character. Or add some Meyer lemon instead of the orange to reduce the sweetness without sacrificing citric spine.

Which is your favorite canned spritz? Share in the comments below. 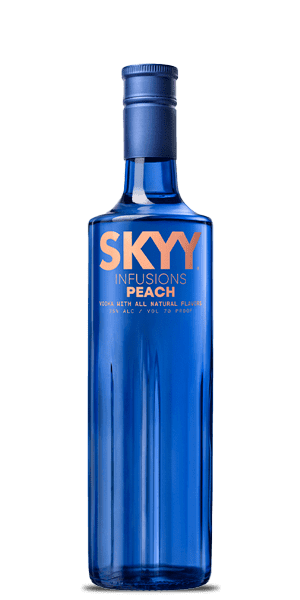