The Myth about Kentucky Bourbon Debunked

One of the most pervasive myths about Bourbon is that it has to be made in Kentucky. While Kentucky produces 95% of the world’s Bourbon, there are no regulations that prevent it from being made anywhere else in the United States.

In fact at several points throughout history Bourbon was even made outside of the United States. These days by law Bourbon is a distinct product of the United States, however, and other states are starting to produce it at a higher rate than before Prohibition.

While the lion’s share of Bourbon, which many would consider the best Bourbon in the world, comes from Kentucky, there are some Bourbons being made in the rest of the United States that you should pay attention to.

Why Is Bourbon Made in Kentucky?

It’s more serendipity than anything. Lots of people believe that Whiskey distillers from the Northeast moved to Kentucky to escape the Whiskey Tax during the Whiskey Rebellion from 1791-1794, but in reality the tax applied in Kentucky as much as it did anywhere else and people were already distilling here anyway.

Bourbon is more of an agricultural product. When settlers on the frontier have grains leftover they would distil it to make it last longer, and in Kentucky corn grew really well.

Over time all the pieces fell together to make Kentucky THE place to make Bourbon Whiskey.

When did Bourbon Become a Distinct Product of the United States? 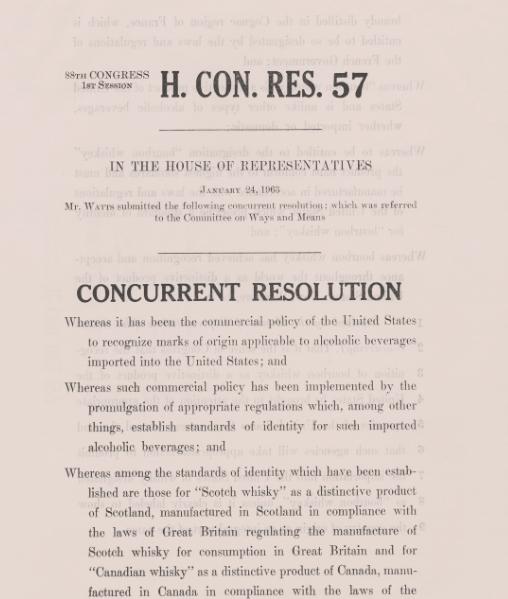 Where Else Has Bourbon Been Made?

Before this resolution was passed, Prohibition sent Bourbon production outside of the United States. Somewhat famously Mary Dowling shuttered her distillery in Tyrone, Kentucky (near modern-day Wild Turkey), took her still, grabbed a Beam, and headed to Juarez, Mexico to wait out Prohibition. There she continued to make and sell Bourbon.

A Toast to Her! As we approach Cinco de Mayo, we honor Mary Dowling, who proved that women in business never give up! Not only was she one of the few women of the pre-prohibtion era to run a major distillery (producing Waterfill & Frazier bourbon), but when threatened by prohibition, she simply dismantled the distillery and reassembled it piece-by-piece in Juarez, México. ¡Salud! . . . #toasttoher #pompandwhimsy #gin #16botanicals #marydowling #whiskey #bourbon #craftspirits #prohibition #cincodemayo #bosslady #womeninbusiness #fempreneur #makeithappen #thankful #wheretonext #vintagelife #cheers #salud

Also during this time and for some time after the end of Prohibition, Bourbon was made in Canada. That’s why oftentimes Canadian Whiskies will remind Bourbon drinkers of their favorite Spirit - minus the new charred oak container for aging.

What Are Some Bourbons to Try from Outside of Kentucky?

Ironroot Republic - Made from a variety of heirloom grains in Texas.

Kings County - Both straight and peated Bourbon available from this Brooklyn distillery.

Breckenridge - Bourbon from the World’s Highest Distillery? The altitude makes it great!

A post shared by Don José Antonio Salinas (@tinmantony) on

A. Smith Bowman - This Virginia Bourbon is brought to you by the same parent company as Buffalo Trace, so you’d better believe they know what they’re doing.

Widow Jane - The VP of Distilling is a Kentucky and Indiana distilling alum as well as a former winemaker, and she definitely knows what she’s doing.

Have you found a Bourbon made outside of Kentucky you think I should try? Leave a comment below or tweet me @LouGirl502.