Published in:
By Lincoln C. Chinnery III
With 2020 in full gear it’s time to check out what the future holds for the Distiller's Trinity (Bourbon, Rye, and Whiskey). 2019 opened the door to some excellent well aged and high proof Spirits. And now, it looks like 2020 will not disappoint either. Ladies and Gentlemen, the future is coming, please have your glasses ready.
Straight out of Louisville ...via the UK.

Bringing a new Spirit to market takes more time and money than most people can acquire in a lifetime, unless your last name is Bloomberg or Bezos. In this case the name is Brough, Yarbrough Brothers to be precise.

Victor Yarbrough and his two brothers, Chris and Bryson brought their love of Bourbon back home to the West End of Louisville as the first African American family to own a Bourbon company in Louisville. 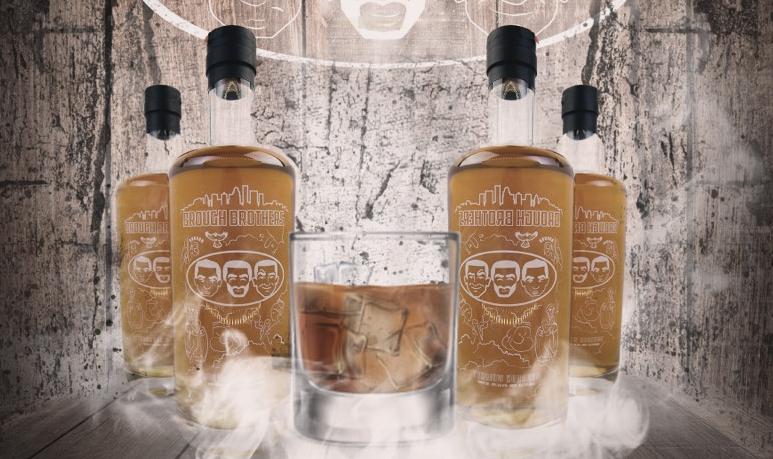 They have designs on selling their Brough Brothers Bourbon in the US in late March. Currently, it’s sold in the UK through Amazon. As of January 2020, the family produces Bourbon out of a commercial space (in Louisville) which they plan on turning into a micro-distillery in March.

If the question of Can two Malts make a Rye? was ever asked WhistlePig heard it and said, “Hold my Beer!”.

A post shared by WhistlePig Rye Whiskey (@whistlepigwhiskey) on

Currently out for consumption, for a modest price of 400 USD (STILL cheaper than a Samsung Galaxy Z Flip), WhistlePig is selling an 18-year-old Double Malt Rye made with a trio of head scratching specs - 79% Rye, 15% Malted Rye and 6% Malted Barley. This Rye was made for the future of imbibing - it’s not what most people expected, it’s a bit of what we all hoped for with a dash of where things could be going.

While some spent time hardly working or going to the court, the men and women behind some of your favorite Brown Spirits were hard at work testing, crafting, and crying over their latest endeavors.

This recent release might be gone by the time you finish reading this sentence. The 2020 Woodford Reserve Master's Collection is a limited release and only sold in select U.S. and global markets for $130 USD.

With a slightly higher proof than last year's release (123.2 proof), this is a bottle to have and to hold on to until the kids graduate or move out of the house. It is THE example of what Woodford does best - Make a great tasting, evenly balanced high proof Whiskey that flies off the shelf as if it had wings.

While the current news cycles might be stuck on elections, pandemics and, hacking, here in this moment the concentration is on the new arrivals of Bourbons and Ryes for your glasses and cocktails.

With a Mash Bill of corn, rye, and malted barley rolled into a remarkable marriage of 20% Sherry butt finished and 80% Port pipe finished Whiskey Batch 003 becomes a must buy (said with a perfect impression of CNBC’s Jim Cramer) for March and beyond.

A post shared by Barrell Craft Spirits (@barrellbourbon) on

Imagine combining the last drams of your favorite Bourbons (or Ryes) into one bottle and then doing that for a year or two. That’s the idea behind the Infinite Barrel Project. Scores ago, imbibers would mix and match their leftovers to create something intensely personal for close friends and family to try.

A post shared by Barrell Craft Spirits (@barrellbourbon) on

This project, this philosophy has been adopted and enhanced by Barrell Craft Spirits. It’s the best of all worlds in one bottle.

While no one is looking forward to the cold temps and lousy weather of Winter there are a few bright spots to be on the lookout for.

The Bourbon experience is about sharing what you enjoy and enjoying what has been shared. Till next we drink, here are 8 forgotten terms for over indulging.

Do you use any of these?