Scotch, a Spirit “Without End” 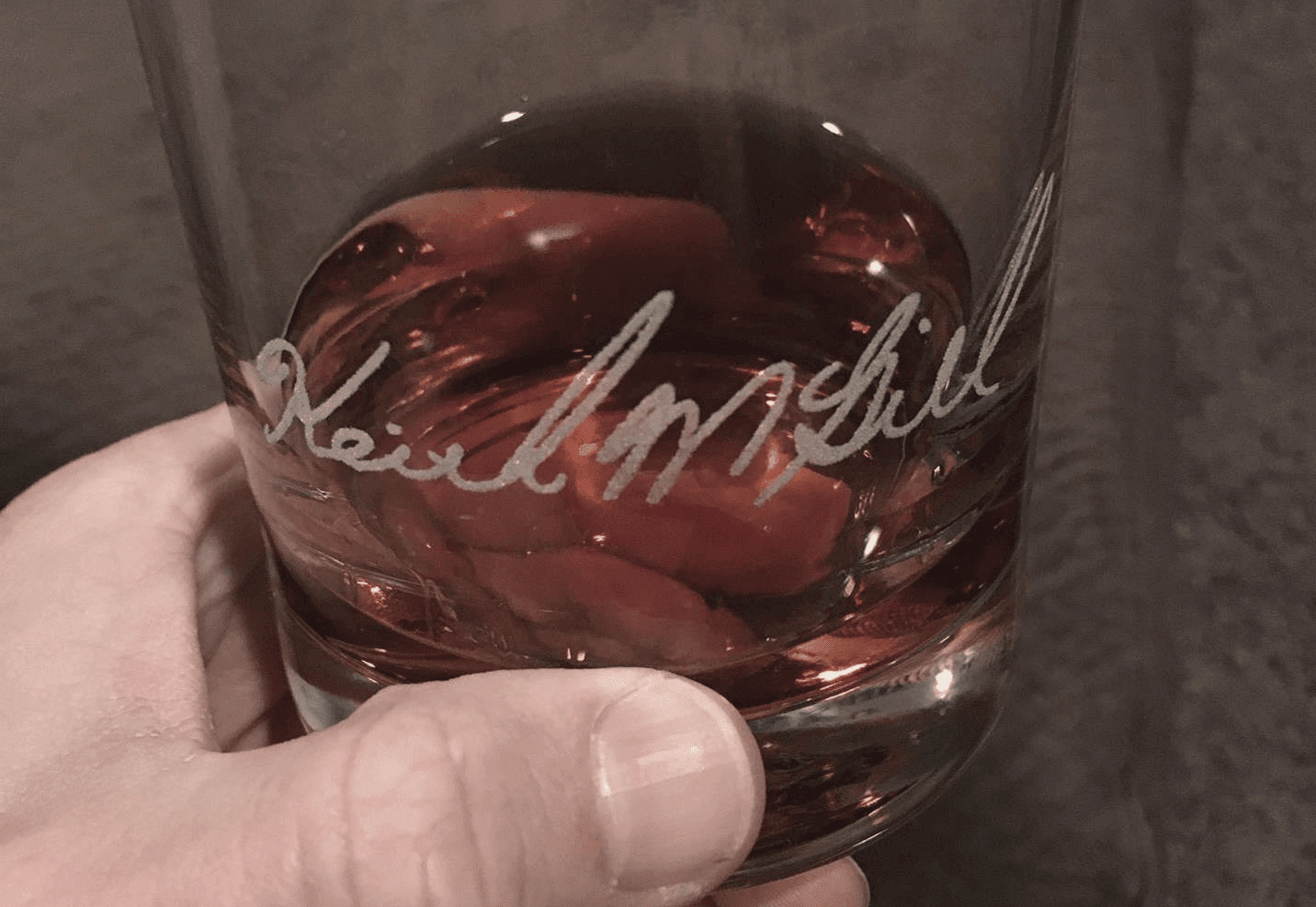 It was February 17th, 2018, my father, brother, sister and I had taken a trip to the “homeland,” which was Center, Nebraska. My dad had been born and raised on a farm just outside of the small northeast Nebraska town. We had made the trip to say goodbye, my dad and his 2 brothers had decided to finally let go of the land left to them by their parents. Which had been in the McGill family for well over a century.
We sat there on that land atop a hill reminiscing about all the good memories involving Grandma and Grandpa McGill (my dad’s parents) and how making this trip would become even less frequent now that the last piece of the McGill’s would be gone. It was a rather emotional talk, a good one, but hard, nonetheless. 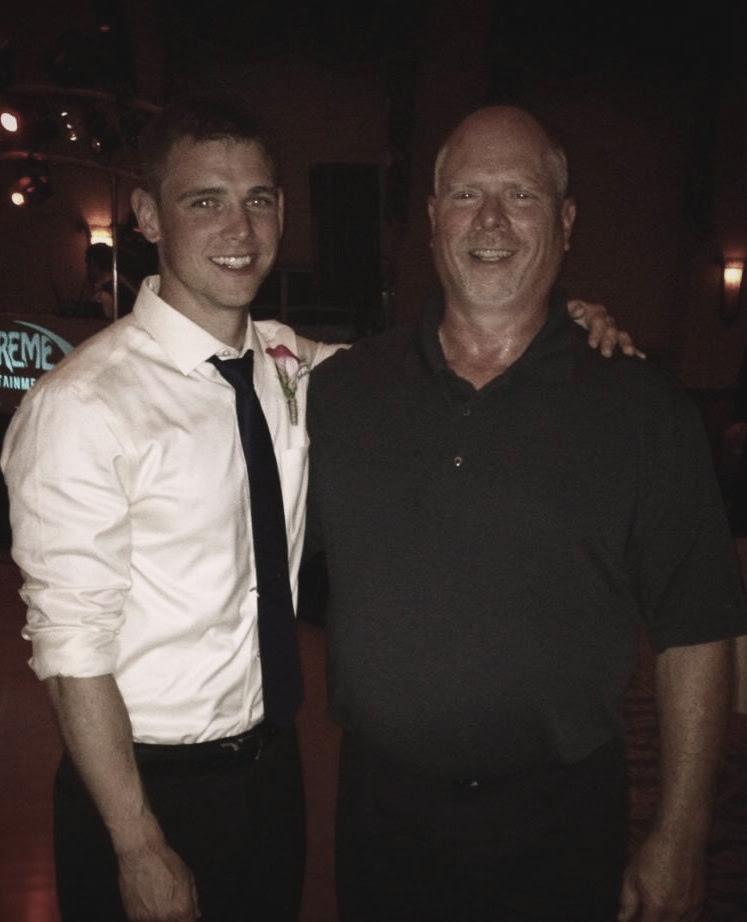 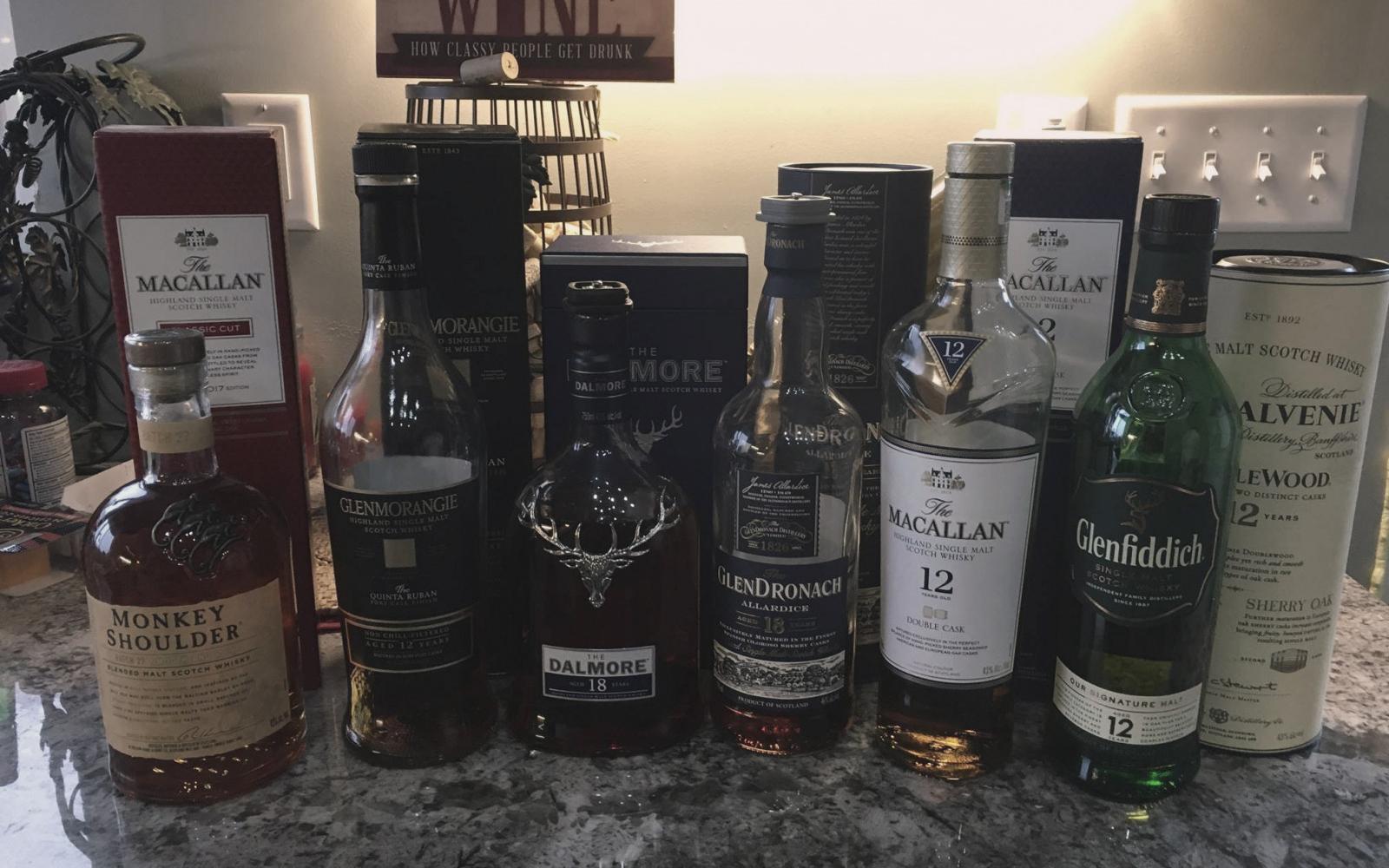 As I drank my second pour, I decided that I could not let go of this last piece or our family history. I told my dad and siblings that I was going to buy it. My dad with a bit confused but excited look on his face asked, “Are you serious?” and I explained that I didn’t think I could let it go, in which he replied than neither could he. It was a pretty amazing moment; we had just decided to become partners on a very important part of our family’s history, it was a venture we were both excited to start.
Alcohol is for the good times and not when you are angry or sad.
For those of you that are unfamiliar, northeast Nebraska has quite a bit different landscape than the rest of Nebraska. It has rolling hills, more hay land and pastures than the flat corn fields that most think of. It somewhat resembles that of Scotland, which is where we had traced our family tree all the way back to the 1600’s in Argyll, Scotland. I just felt something there, maybe it was the second pour of Balvenie talking, but either way I could not outrun the “call” I felt to it.
Every true Scotch drinker seems to have that moment where that drink changed for them, and this was mine. From that day forward the McGill men (my dad, brother and I) explored the world of Scotch.
I can remember my dad’s birthday that year where my brother and I went “big” for the first time. We purchased a Macallan Classic Cut 2017 Limited Edition; we all swore it was the best thing we had ever tasted. After that we kept going, always trying to top the bottle from before. We tried a Glendronach 18 Year, a variety of Macallans, a Dalmore 18 Year, Aberlour A'bunadh and numerous others. Self-proclaimed Scotch connoisseurs is what we said we were and oh man did we have fun those next couple years, especially on Thanksgiving which we eventually named “Scottish Thanksgiving”.
The McGill family motto is “Sine Fine” which means “Without End” which is so fitting for our relationship and the bond we shared while we sipped our Scotch.
As dad’s 60th birthday was approaching, November 27th, 2020, my brother and I decided it was time; time to make the trip to our true homeland. I called my dad one evening and broke the news to him. We were taking him to Scotland for an 8 day distillery tour for his 60th birthday. Again he asked, “Are you serious?” I told him we were and he gave his famous “Gosh…” I will never forget that call and the genuine appreciation in his voice. 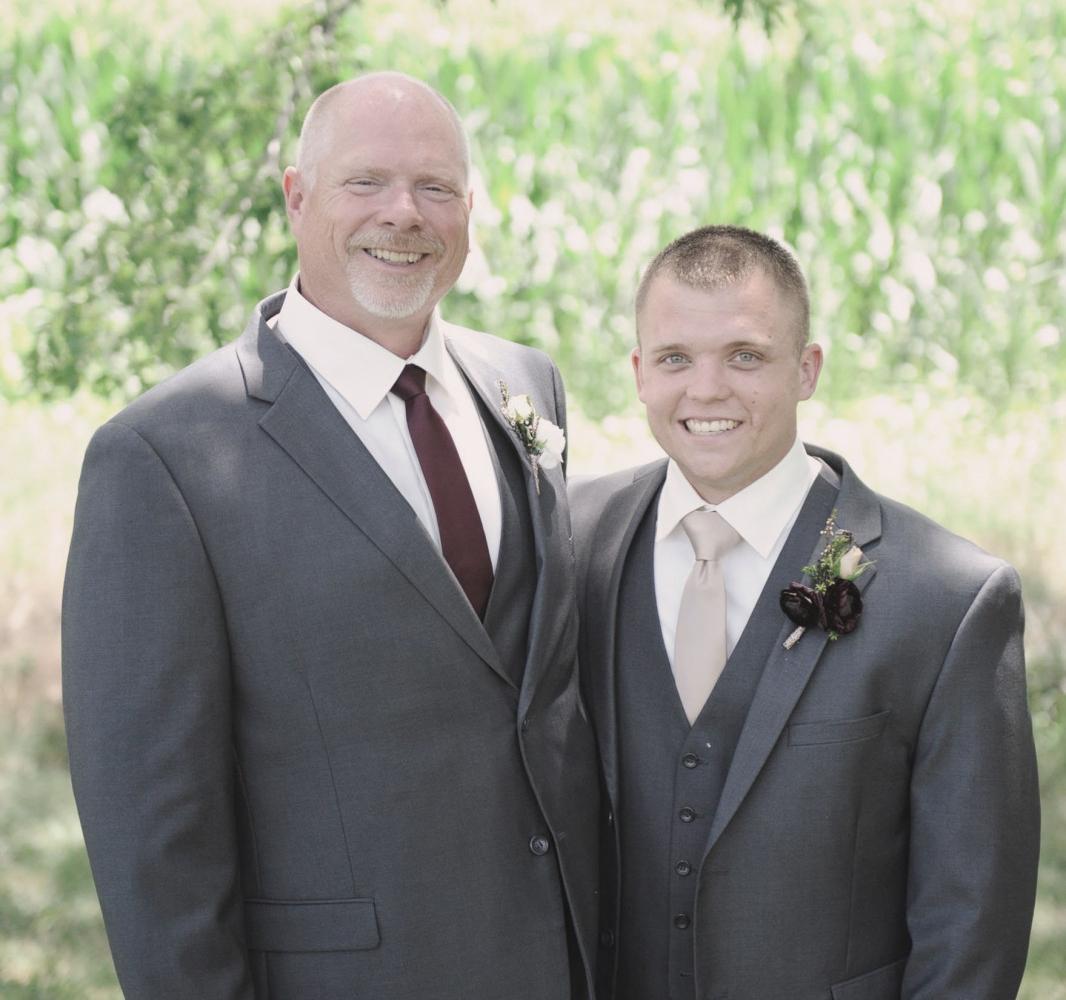 So next up was planning, yes the trip would be several months away but there was a lot to plan. We talked about which distilleries we for sure needed to hit, where we would stay and all the other things that go along with a big trip. We also knew that we needed to get in “shape” if we were going to survive an 8 day Scotch marathon. That is when we stumbled upon Flaviar.
We thought what an awesome idea this was and we could sample such a wide range of Scotch in preparation for our adventure. We ordered our first bottle and tasting box in March 2020; The Glenrothes 12 Year Old and the Flavours of Scotch. We were going to get a solid 6 months of tasting in before the trip and we were pretty excited about the unique and extensive selection Flaviar offered a lot of which we couldn’t find at our local liquor stores. 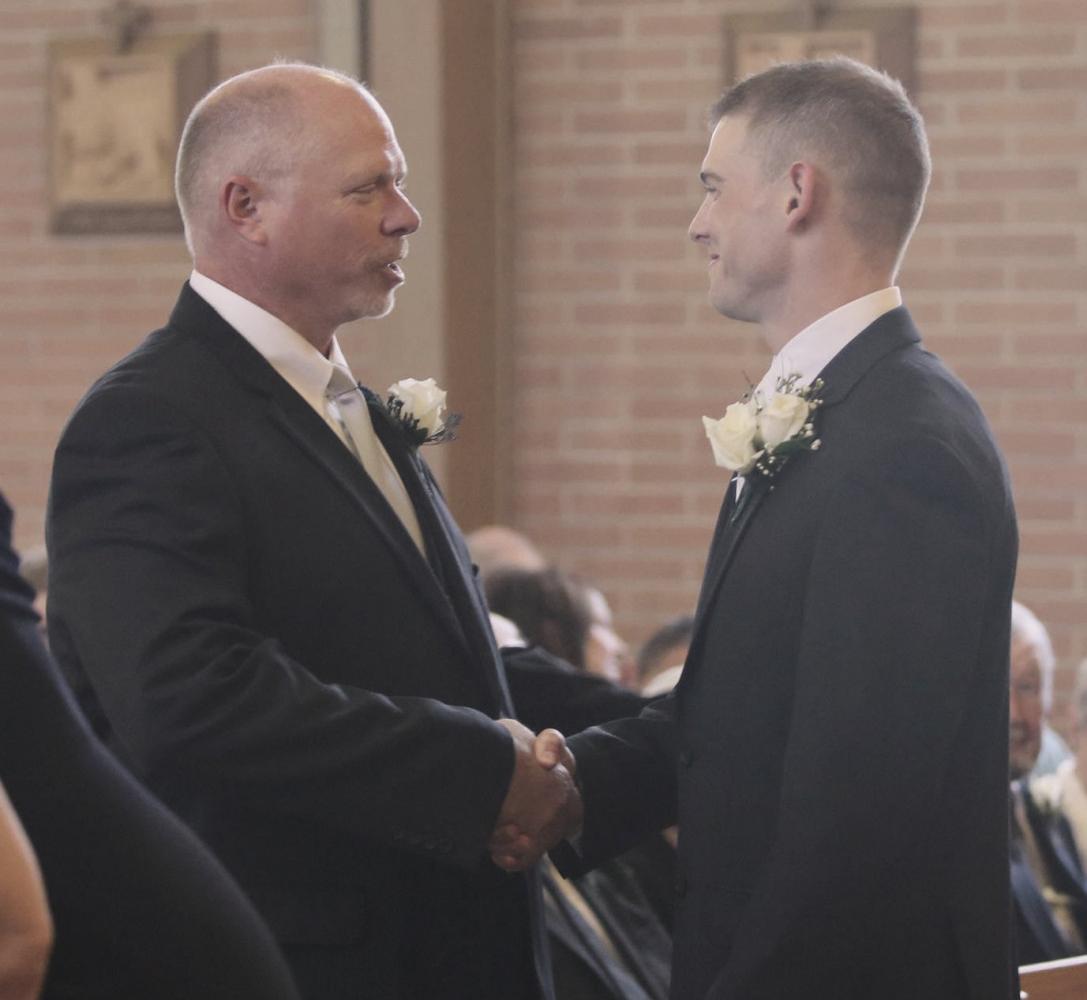 Our shipment arrived and we planned Saturday April 11th (2 days before my birthday) to dive in and taste. We had been talking all week anxious to hangout, our tastings were always a highlight for us. It gave us that excuse to just get together for no particular reason, to talk and just be with each other.

Friday, April 10th, the day before our tasting, I got a call in the early hours of the morning that dad had unexpectedly passed away in his sleep. It was the worst day of my life and everything a person can imagine that would entail. The world would never be the same for me, that lifeline I reached out to so many times was gone and I will leave it at that. There are simply no words that can truly describe it. 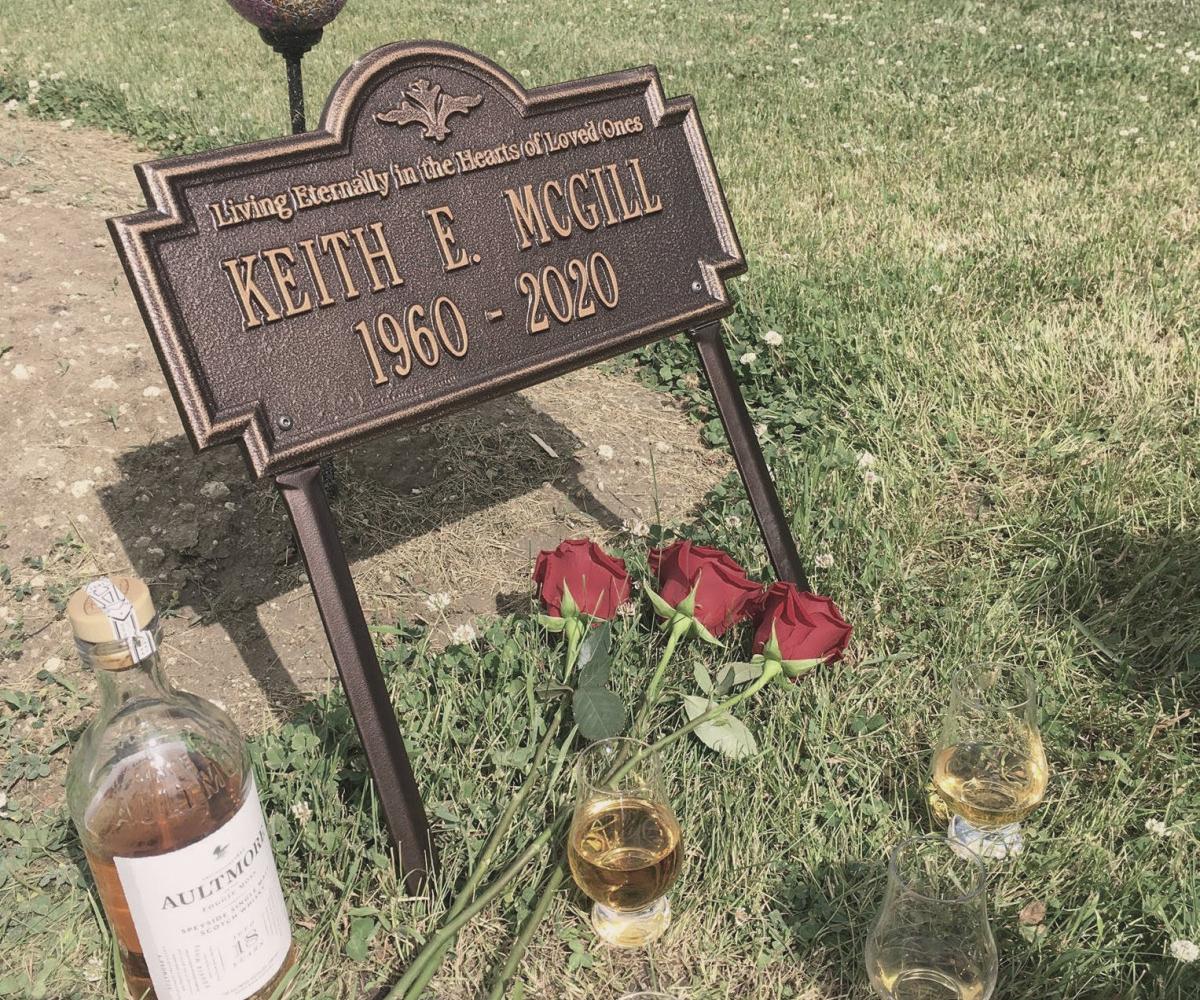 The McGill family motto is “Sine Fine” which means “Without End” which is so fitting for our relationship and the bond we shared while we sipped our Scotch. Honestly, it could have been dishwater that we drank, although I am very glad it was Scotch, because it wasn’t about the liquid it was about the time, the talks and the feelings we shared with one another.
My dad was a man of great wisdom and advice but being a dad was where he thrived and I will be forever in his debt for making me the father/man I am today. He told me once when I was a young man that alcohol is for the good times and not when you are angry or sad, that you can either make it a part of your life or let it become your life’s work. That is something that has always stuck with me and that I live by, as did he.
Hope to one day brand my own bottles as a tribute to him.
Although, now it is sometimes hard to decipher when I pour a glass of Scotch and the emotions of everything hit me, am I drinking this because I am sad or because it brings me back to all the joyful moments I had with him. 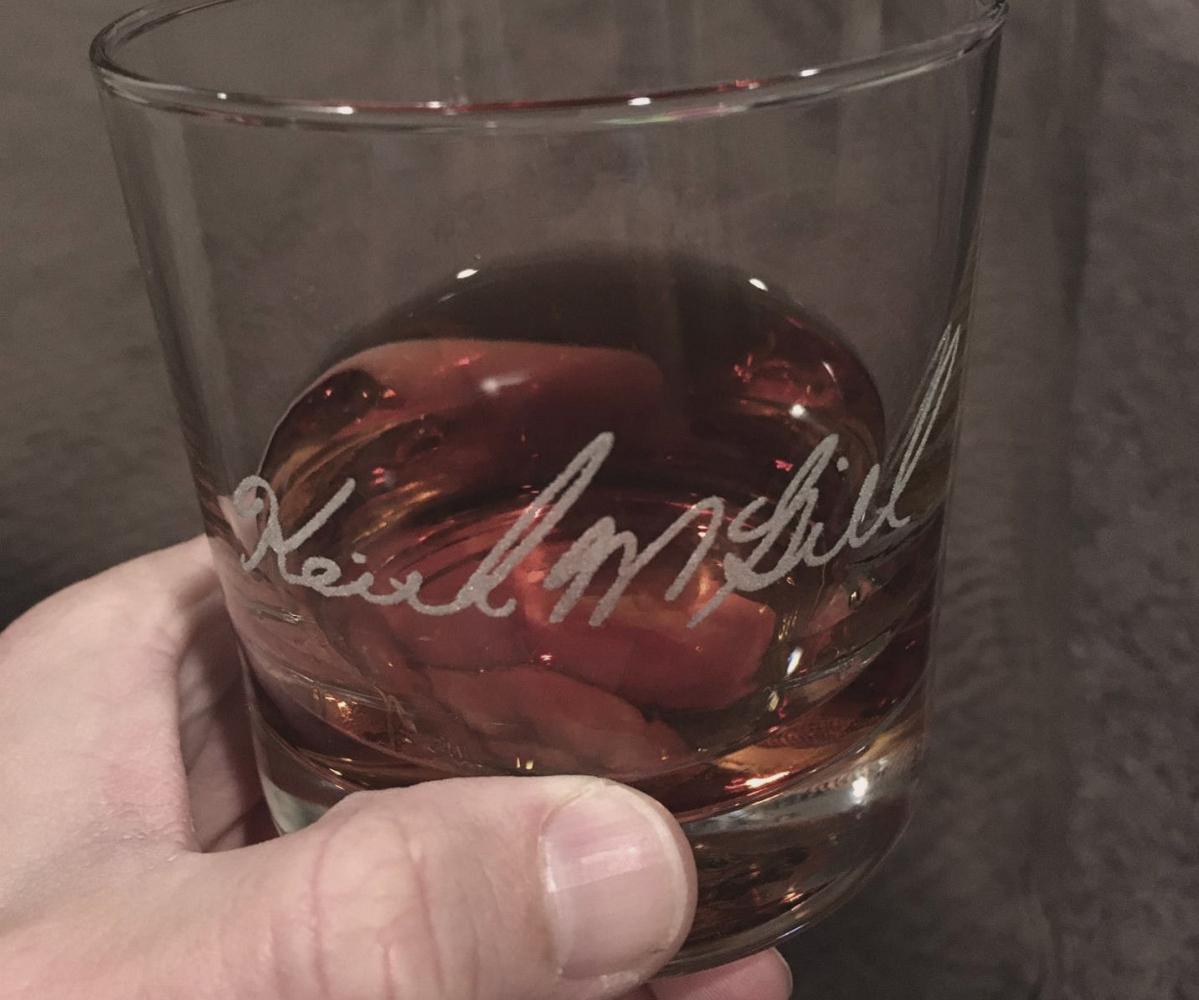 I like to think it is the latter and I am confident he would agree. My brother and I have continued to explore Scotch, enjoying our Flaviar membership and who knows maybe one day the two of us will take that trip to Scotland, with dad in our hearts. I hope to one day brand my own bottles as a tribute to him.
One thing is for certain, when our Flaviar orders arrive that special liquid takes us back to that table, where the 3 of us used to sit. Talking about the nose, the palate, the finish; not just about the Scotch but life. We continue to pour dad a glass every time, “3 glasses forever” is what we now say. Which is very fitting, for it is in the McGill name, and we know he is always there “without end.”
For the best man I have ever known, my father, Keith McGill
-Your son Andrew
#3glasses4ever

Disclaimer: This article was shared with us by a Flaviar member Andrew McGill. We are thankful for sharing the story with us.