Published in:
By Suzanne Gannon 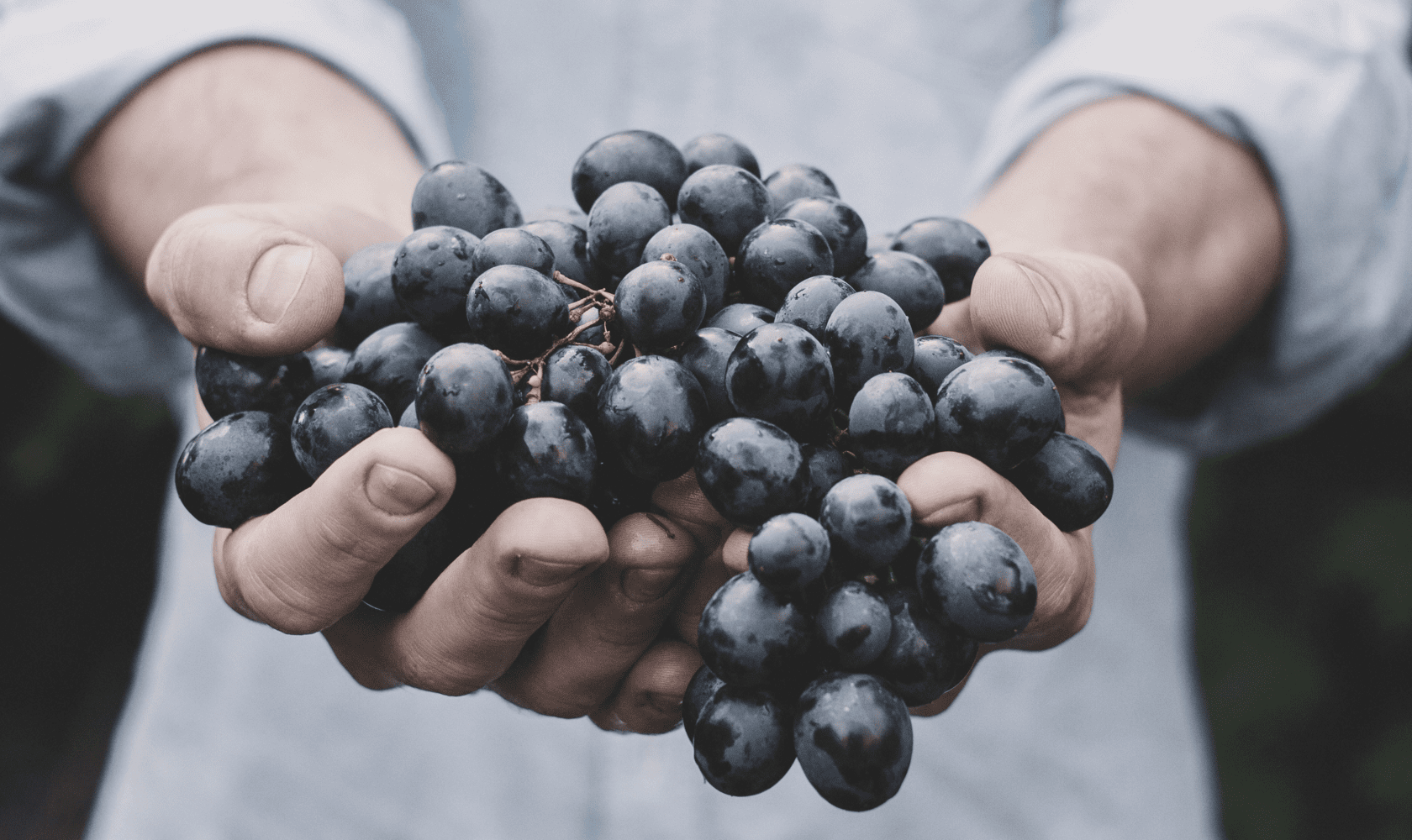 Armenian Brandy (or Konyak as the locals call it) might sound unknown and exotic, but it was once beloved by many celebrities and other prominent people: from Winston Churchill to Agatha Christie and Frank Sinatra. It’s about time it’s made its way back to the world Spirits map.
For centuries, the people of Armenia’s majestic Ararat Valley have speculated that what was left of Noah’s Ark after the Great Flood was buried in the ice cap that covers the volcanic Mount Ararat, which, at 16,000 feet, is the dominant feature of the surrounding landscape. Although archaeologists have never found the relic, another faction may be justifiably engaged in a different sort of speculation: Did Noah carry a bottle of Brandy aboard the Ark?

After all, it could have had a mellowing effect on the stress of taming tigers, feeding hippos, and keeping a kangaroo or two from hopping overboard into a lashing sea. Plus it could have lifted the doldrums that may have set in during 40 days and 40 nights of torrential rain.

A post shared by Humans of Judaism (@humansofjudaism) on


The cradle of winemaking

Stories aside, the fact is that Armenia is a country of sunshine, copper mines, and apricot orchards.  The Ararat Valley has been favorable to the production of Wine. The world's oldest known winery was unearthed in the area dated to 4100 B.C. and it bolstered the widely held belief that Armenia is the cradle of Wine-making.
There was one clever guy named Parkev living at the Armenian King Trdat's Court in 1st Century A.D. who learned to distill Spirits. The King, a generous guy, some of his drink to Rome when visiting his friend Nero who, according to the Roman historians, liked it (and there were many things he didn't like, including his own mother): after tasting it, he even charioted the amphitheater and headed the feast himself himself which was a rare thing to happen. 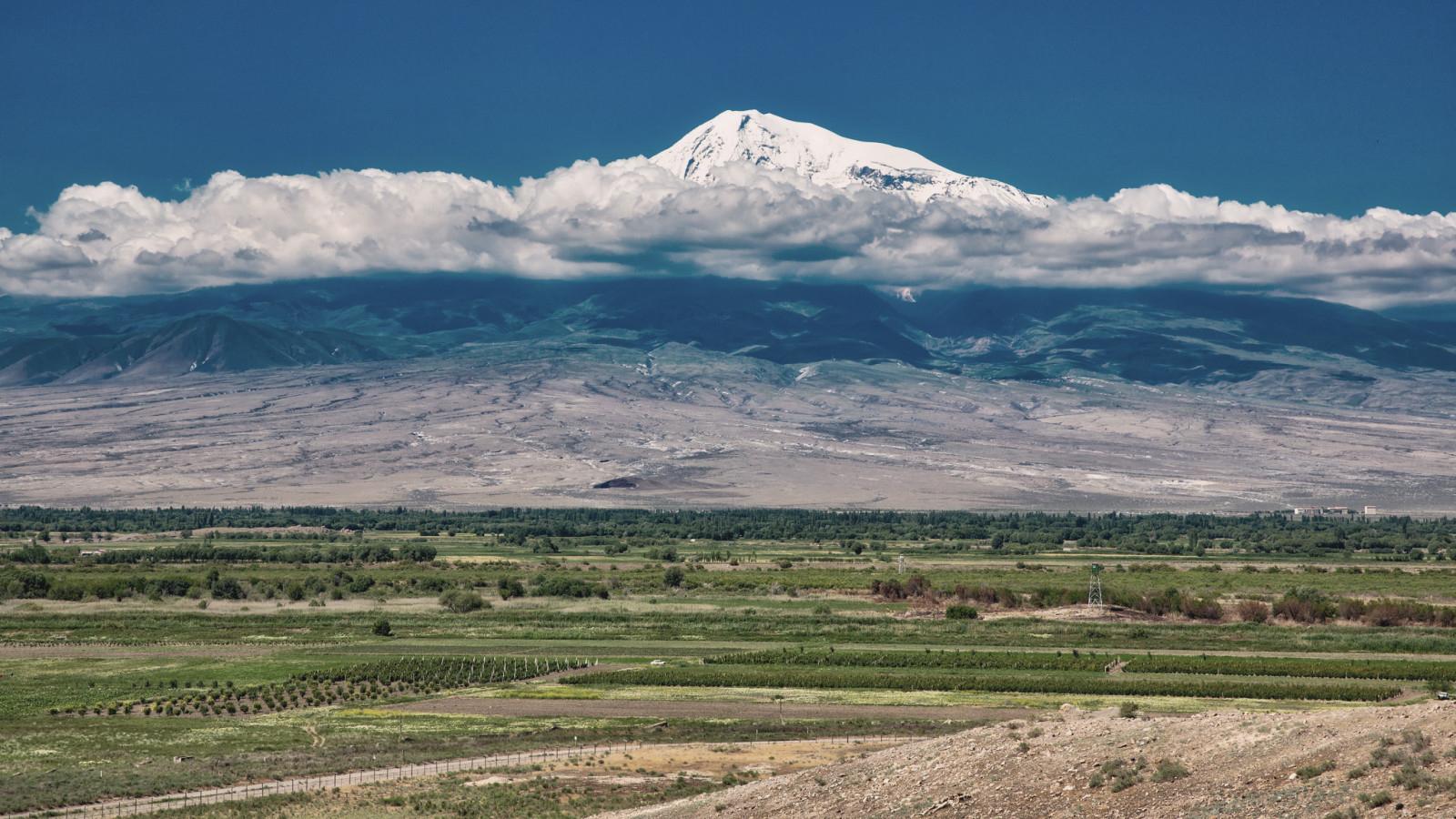 The history of the ancient Armenian Brandy is then blurred for a couple of centuries. It's fair to assume the historians were too busy imbibing the Brandy.

The modern history of Armenian Brandy started when a pair of Armenian cousins Nerses Tairyan and Vasily Tairov brough French Cognac-making methods to their homeland and started a distillery, the Yerevan Brandy Company, in 1887. This was the beginning of the most famous Armenian Brandy named Ararat.


At the turn of the century, though, the operation was acquired by Russian businessman and winemaker Nikolay Shustov who named the company Shustov & Sons and subsequently made it the official supplier of Brandy to Tsar Nicholas II. In 1998, Ararat got the nod of global legitimacy when it was acquired by Pernod Ricard. It is now exported to 30 countries around the world, including Russia, its top export market and where it is said to be enjoyed by President Vladimir Putin himself.

Winston Churchill is said to have been a fan of Armenian Brandy, having gotten hooked on the cigar-friendly Spirit in 1945 at the Yalta Conference in Crimea, Soviet Union, which was called to discuss the fate of Germany and the reorganization of Europe after World War II. Churchill subsequently received a cask of the Brandy from Joseph Stalin, leader of the Soviet Union who was joined not only by Churchill at the conference but also by Franklin D. Roosevelt, then president of the United States.

Though Armenia is about a 50-hour drive from Cognac, Armenian Brandy is made in that style, exclusively from Wine made from grapes grown in fertile volcanic soil that is equally hospitable to orchards of figs, olives, and pomegranates. In fact, the Brandy temporarily earned the Cognac label when it won the Grand Prix at the 1900 International Exposition in Paris, where it beat French producers.
But more than 100 years later, the designation was revoked in accordance with laws prohibiting the label to be used outside the confines of the town of Cognac. More recently it has been marketed as Kanyak, the Eastern European spelling of Cognac. Konyak is an alternate spelling. 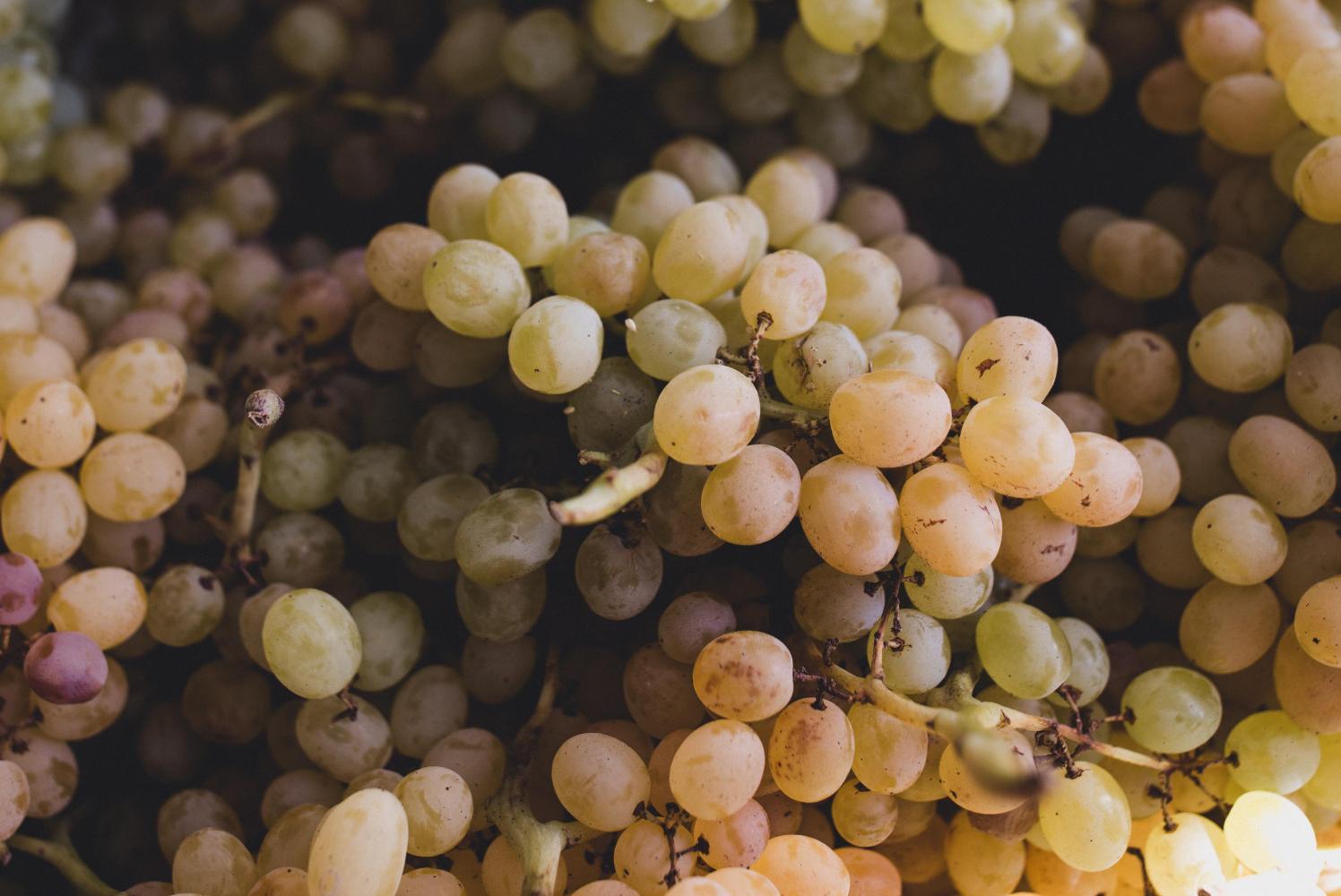 Thousands of farmers participate in the fall harvest across Armenia. Grapes, including exclusively local varietals including Garan Dmak, Kangun and Voskehat among many, many other types, are put through a gentle pneumatic press to limit damage to skins.

Double distillation is followed by aging in Caucasian oak casks that are hundreds of years old. The casks impart a unique flavor that has been described as being as smooth as velvet—and as being reminiscent of toasted hazelnuts, orange peels, and smoky plums. 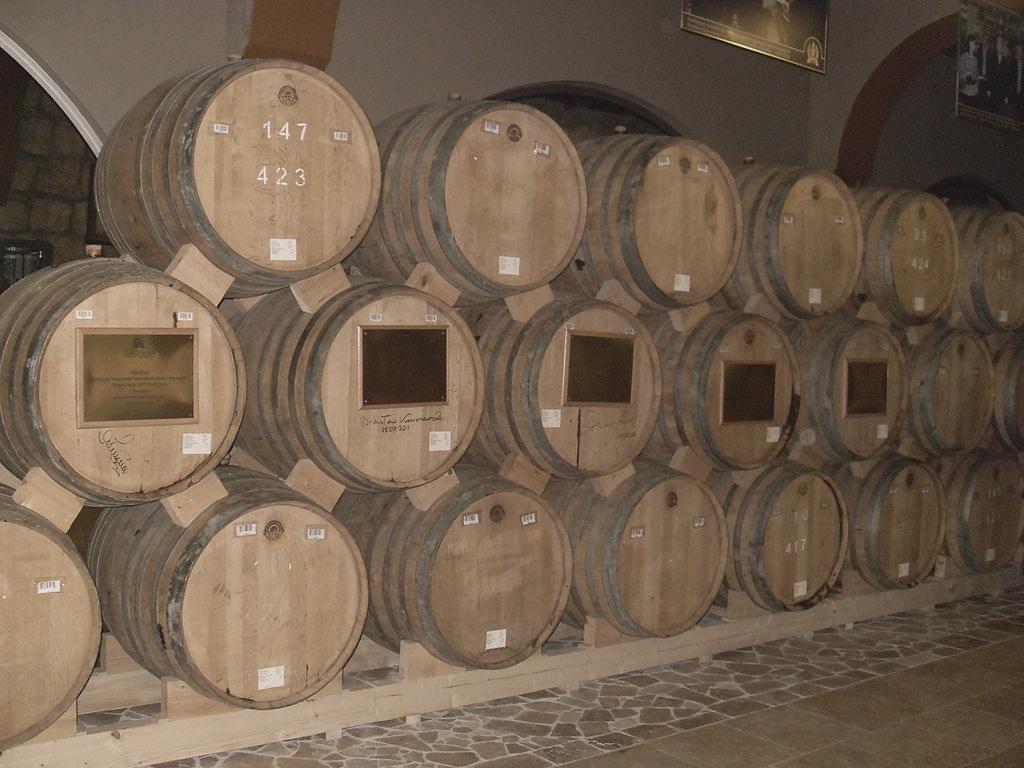 Making a business of it

According to the Observatory of Export Complexity, as of 2016, hard liquor ranked fourth among Armenia’s $2.2 billion in exports behind copper ore, gold, and rolled tobacco, and ahead of diamonds, aluminum, grapes, and tomatoes. And though the statistics reflect Ararat’s heft in the Brandy category, there are other players.

Noy, meaning “Noah,” is a sibling brand to Ararat, sharing not only production facilities but also a history that includes changes in management and ownership as a result of the annexation by, and then independence from, the Soviet Union.

There is also Araks, bottled in feminine etched glass that tapers at the waist, Kilikia, an XO Extra named for a region that is now part of Turkey, and a slew of brands marketed in handmade novelty bottles shaped like swords (Five Star), monkeys (Mane), violins (Proshyan), horses (Soul Horse, XO), and other silhouettes. Some are shipped to France and aged in barrels before being bottled.


Putin, Churchill, Stalin. Will the titans’ brand of choice have a place on the Thanksgiving table of America’s most notorious Armenian family? (Hint: their names begin with a “K.”) If a few of the more curvaceous bottles are available, the odds are good. With that kind of product endorsement, Armenian Brandy could make a splash on family tables well beyond the gloss of Los Angeles. 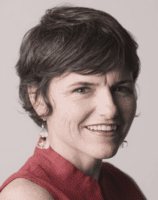 Award-winning journalist Suzanne Gannon covers travel and leisure, food and wine, and culture and design. Her work has appeared in Town & Country, The New York Times, Art & Antiques, The Wall Street Journal, Wines & Vines, and New York Wine Salon. She has been a guest on NPR’s “Talk of the Nation.” Before she began writing full-time she spent 10 years trudging through vineyards and sampling their yield.