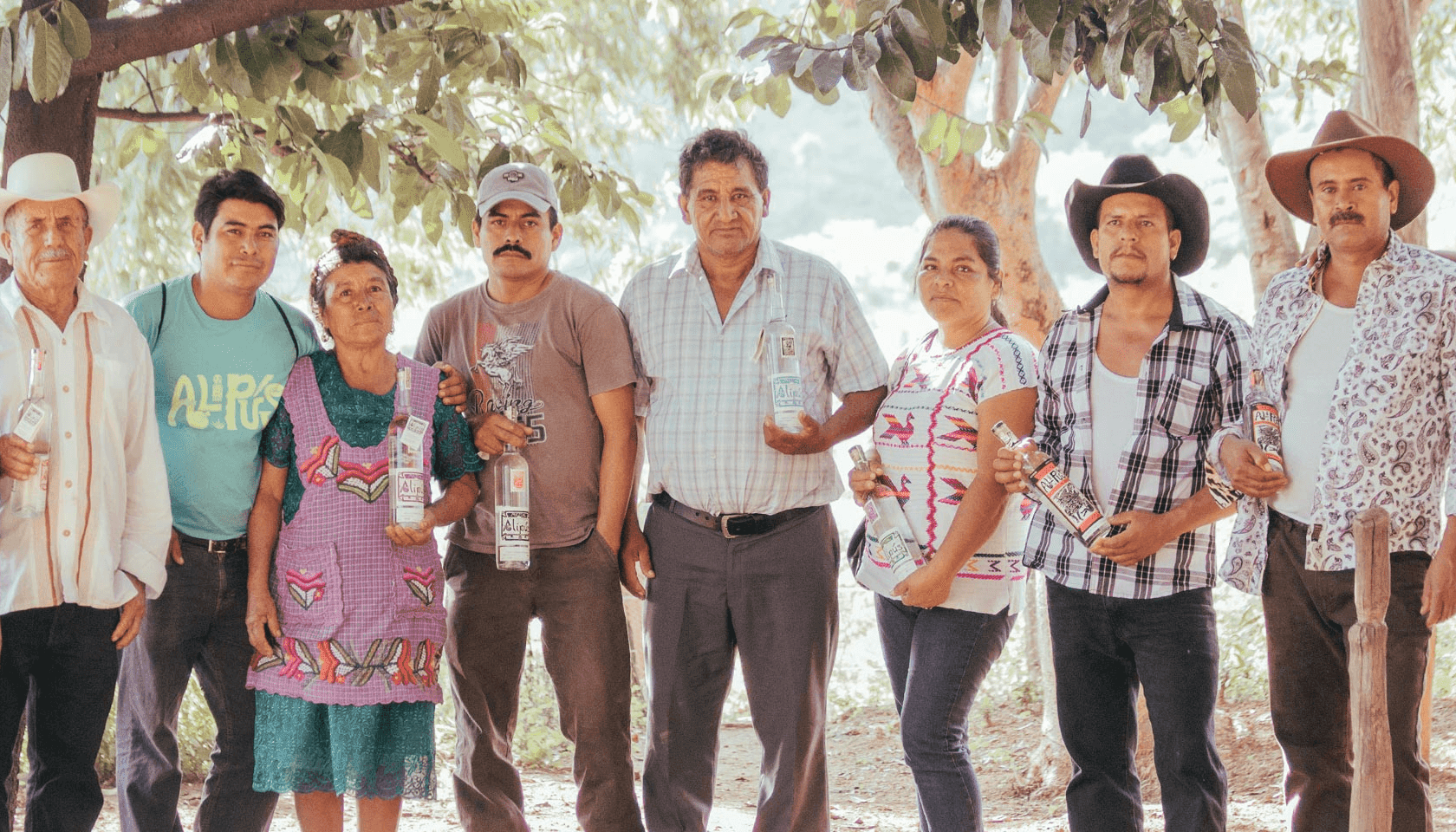 The great poet Robert Frost once wrote: “Two roads diverged in a wood, and I— I took the one less traveled by, and that has made all the difference.” Wise man, that Frost. Except he got one thing wrong. That “wood,” should’ve really been replaced with Oaxaca.
After all, that’s where some of the best Mezcal is.

And that less traveled road leads to Alipus, a line of premium artisanal Mezcals that are hand-distilled in family distilleries located in rural pueblos in the state of Oaxaca (that’s in southwest Mexico, by the way). Most of these pueblos can only be accessed by dirt road—so yes, they’re a bit off the beaten path.

But to paraphrase our good ol’ friend Frost, taking the road less traveled has a huge payoff. 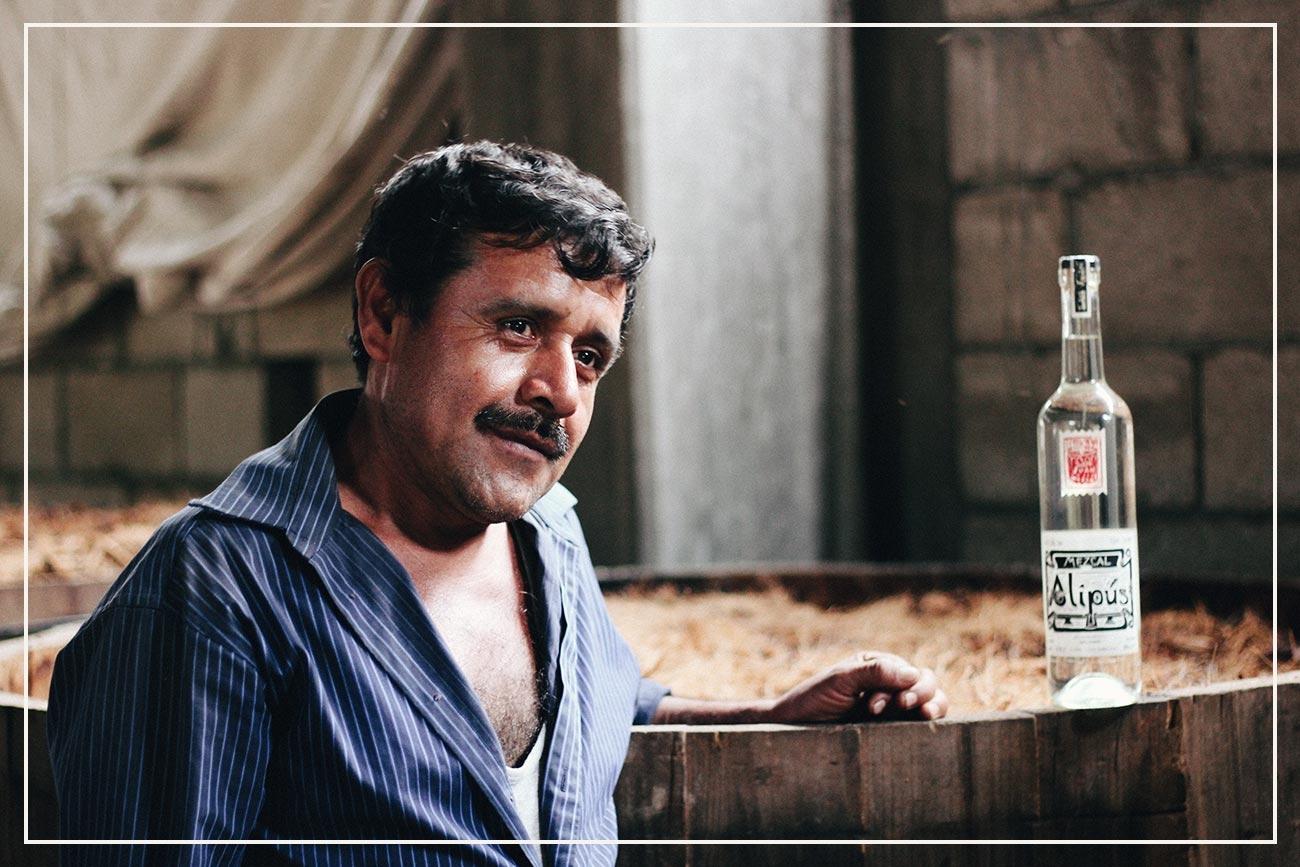 A biochemist walks into a pueblo…

Karina Abad is the talented force behind Alipus. And her background is both surprising and kind of smack-you-in-the-face obvious.

“Every day there are new things to learn. My professional training as a biological chemist has helped me a lot. The most important thing is to have premium material, and especially to know the sugar content so you can plan your production,” said Karina. 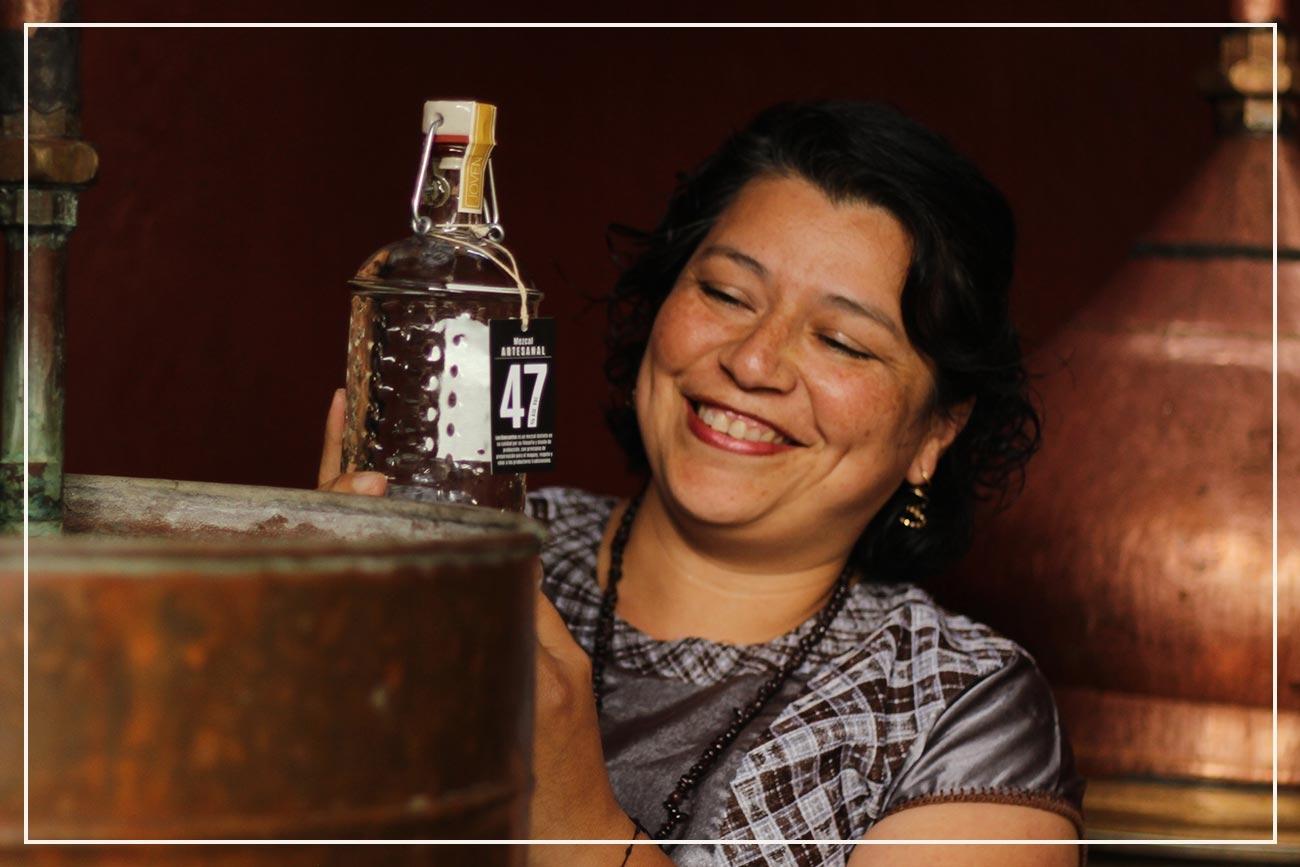 “I also think it's very important to have in mind where you want to go with your product, what you want to be the result of your distillation. This all depends on the quality of the raw material.”

Karina works closely with the small producers in these pueblos both to improve their distillation methods and to help them with the complex paperwork required to certify their Mezcals for export.

At last count, nine small family distilleries in or near small towns in the Oaxaca Valley— all of them a two or three-hour drive from Oaxaca City— were being used to distill Alipus. The Mezcals are then bottled at Los Danzantes in Santiago Matatlan. 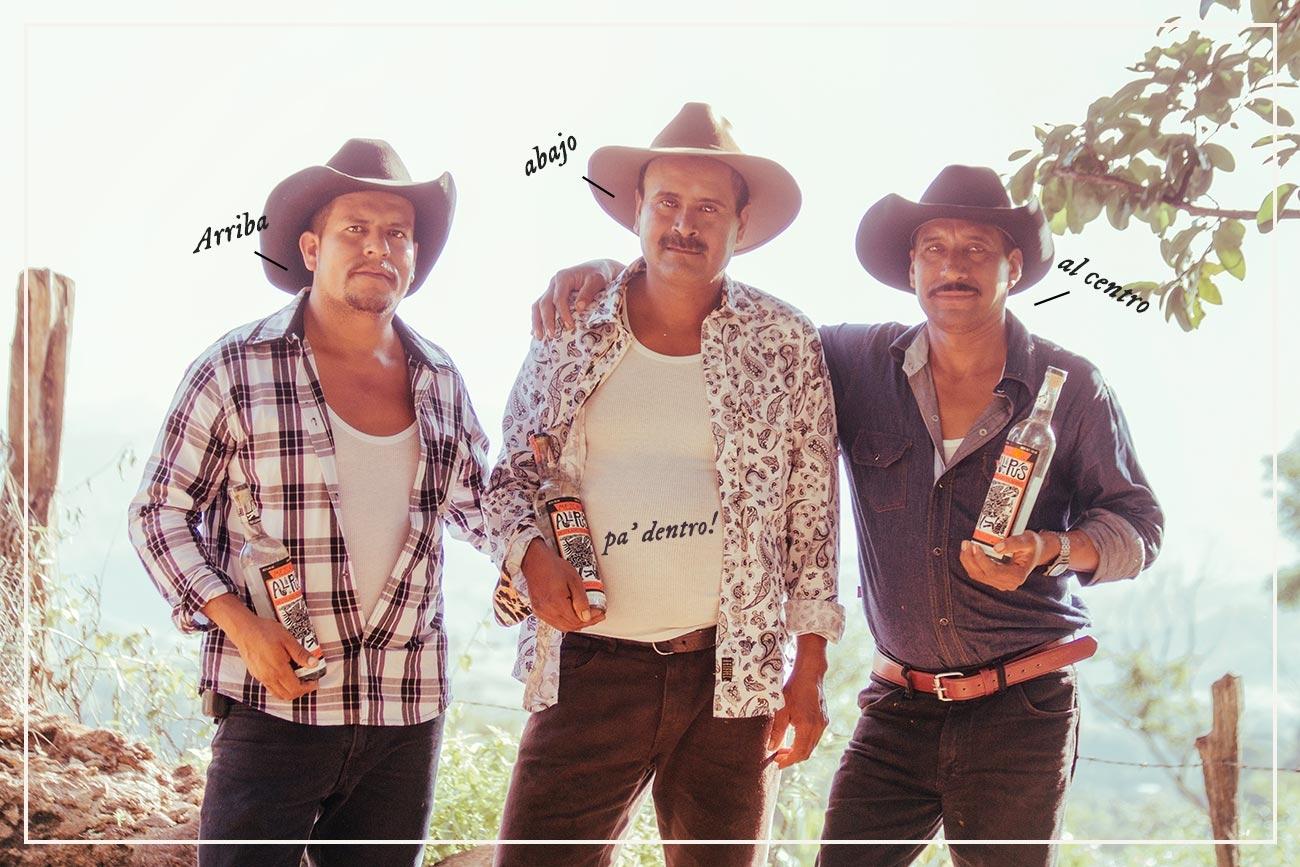 And it’s worked out exceptionally well for all parties involved. So much so, the producers have been able to add stills to their property, which increases the amount of labor and jobs available to locals. Not to mention the fact that Alipus has become Mexico’s number one selling artisanal Mezcal.

The definition of a win-win doesn’t get much closer than that, folks.

The story behind the goods

Due to the smaller size of these distilleries, there’s a lot of hands-on work that happens. That means the distiller gets to know every step of the process intimately, adjusting his methods to the material in front of him. Which makes for some pretty high-quality, smoky booze. 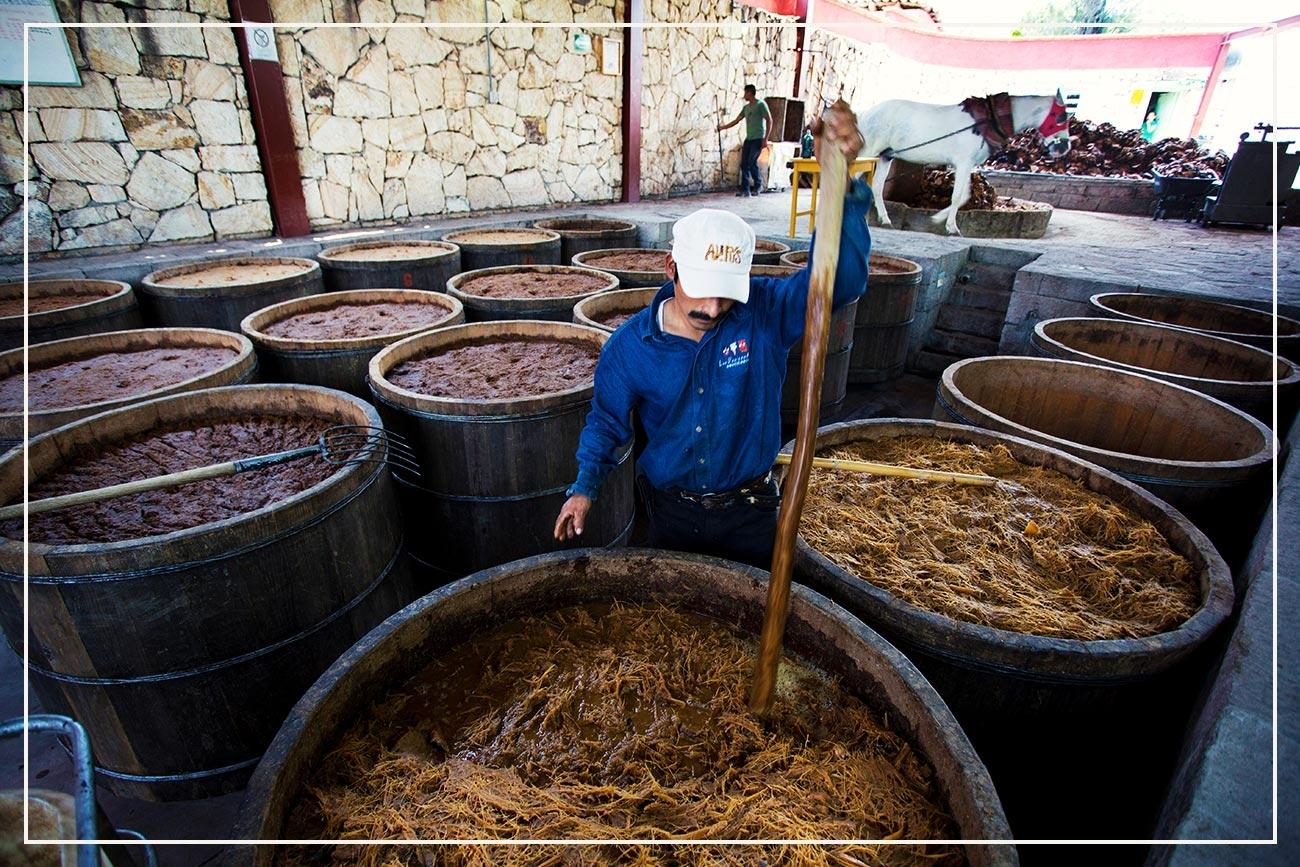 Now, for a Mezcal to be considered for the Alipus lineup, it’s got some pretty hefty standards to live up to. It needs be artisanal or ancestral Mezcal that has body, weight, boldness, quality and is 100% from maguey.

According to Karina, the producer must, “transcend others in the production of artisan Mezcals, and this means producers with a Mezcalero heritage. They are deeply involved with their family, with their community, and with the environment.”

Pardon our French, but… these guys have to know their shit.

While it definitely stands on its own, sometimes, you’ve got a thirst and an appetite to quench. In that case, we had to know what food stood up to a glass of smoky Alipus.

“Well, tostadas made of corn are great with a little shot of Mezcal,” suggested Karina. “Desserts made with chocolate. Also, food from the Isthmus, the region along the coast south of Oaxaca.”

You know what they say, where there’s smoke, there’s… chocolate.

For Karina, some of her earliest memories of Mezcal are the people. The producer in his palenque, working. The odors of fermentation. And of course, the scent of distillation.

“In the producing communities, Mezcal is itself very important, since the communities have always lived with it,” said Karina. “Today, Mezcal has become the economy of the people. They are part of Mezcal.” 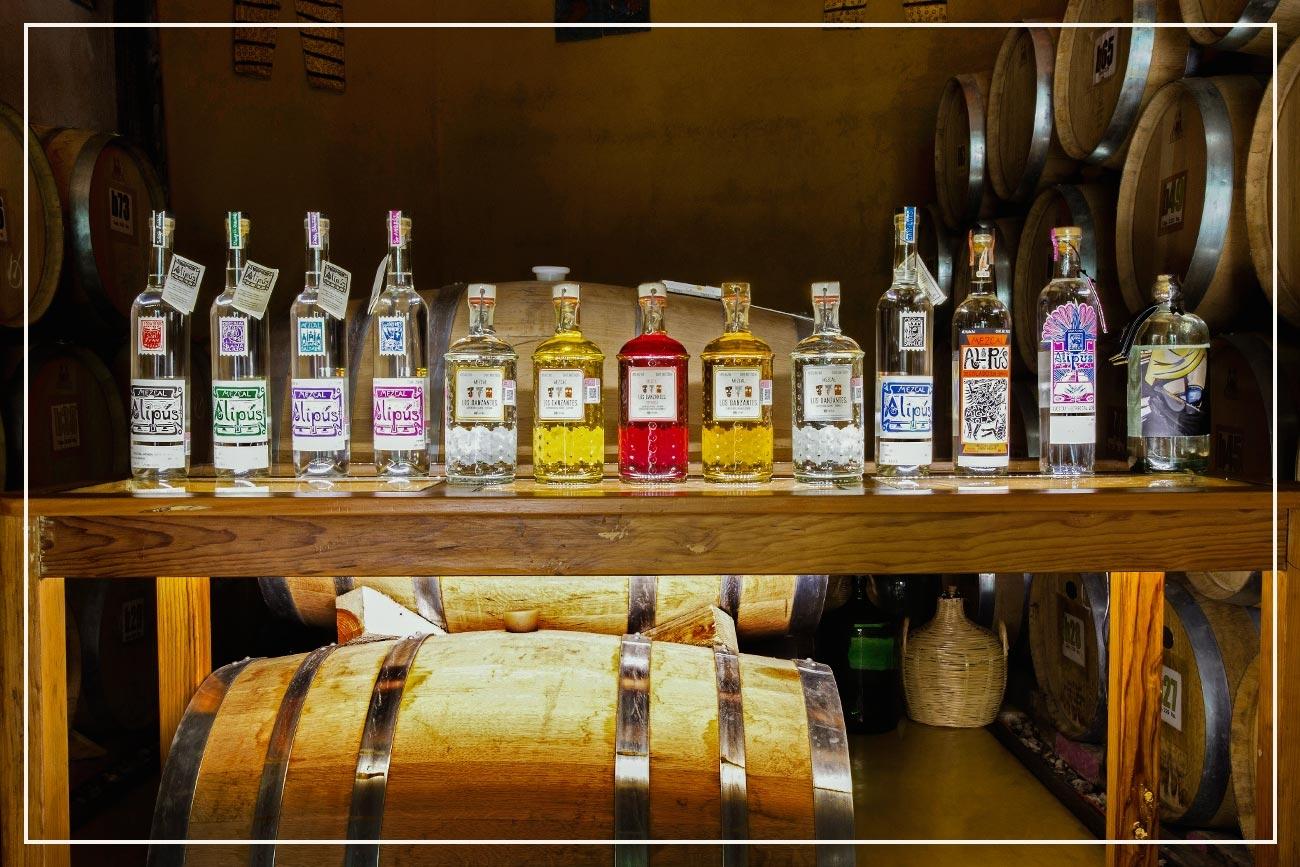