This Rum Is Dedicated to the Whisky Lovers Out There 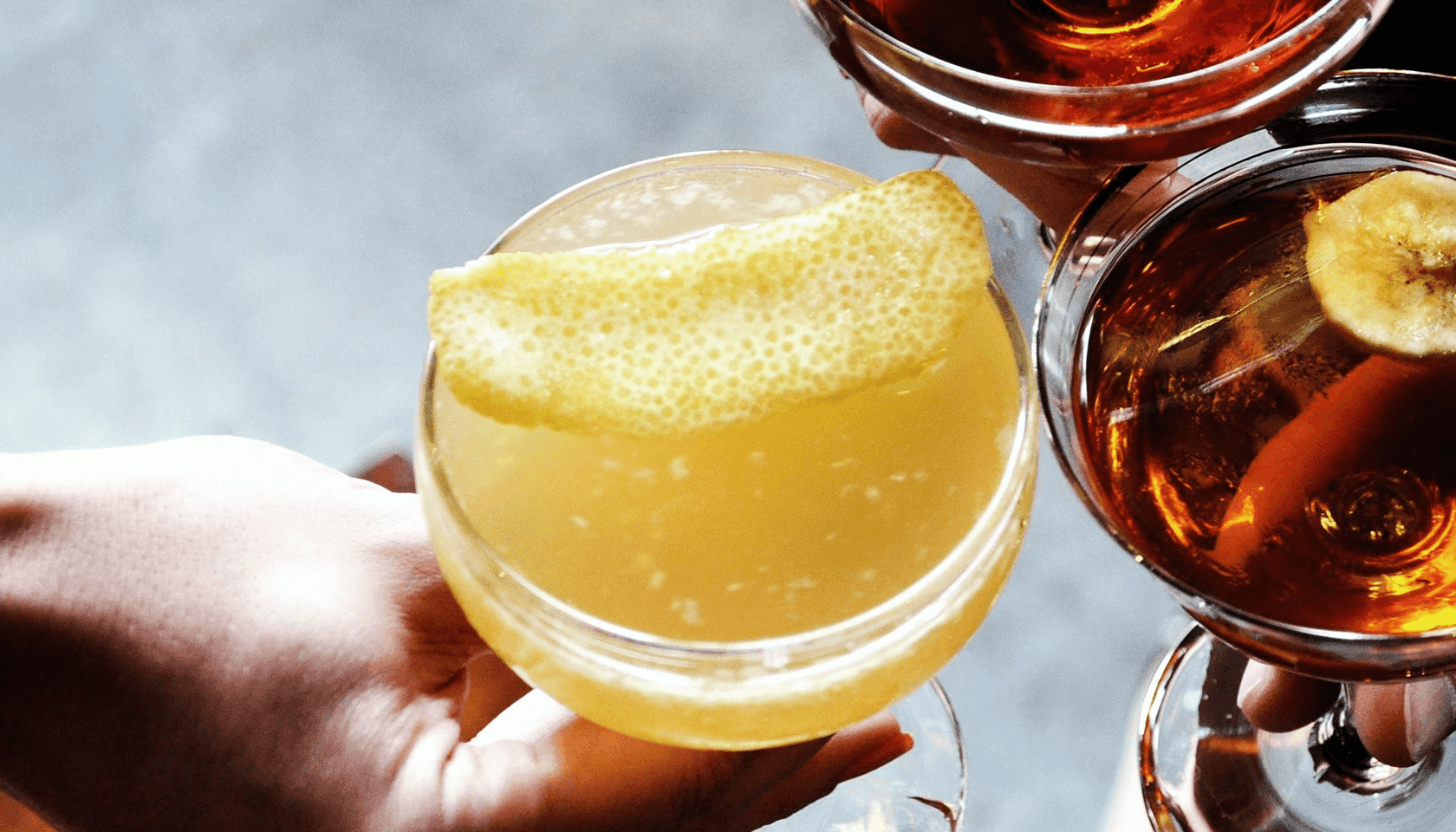 To hear Toby Tyler tell it, all it took was one sip of the classic 15-year-old Havana Club to turn this hardcore Scotch sipper Rum-curious.
“When I first tried the Havana Club 15-year-old, that was a moment that changed me. I said, okay, no more Whiskies. I'm drinking Rum in the Caribbean. That old-school Havana Club really stood out to me and that changed my whole thought process on brown spirits. At that stage, I started collecting Rum for the bar and bought any new Rum I could find if I was travelling through Miami or New York.”

The Birth of the Rum Savant 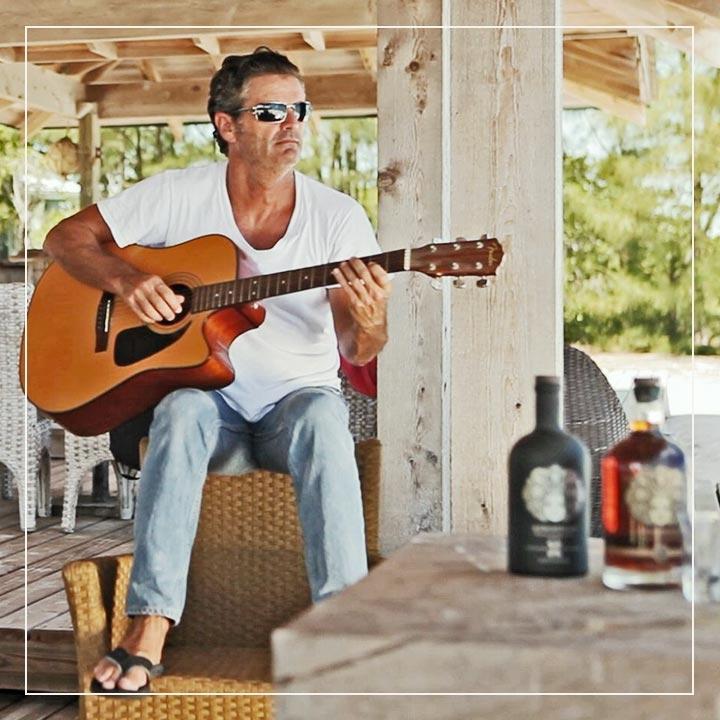 Let’s rewind a bit, here. Toby Tyler is Afrohead Rum’s master blender, or as he’s more affectionately referred to as, their “Rum savant.” A native of Sydney, Australia, Toby traveled the world playing rock and surfing until he took a gig as Warner Bros. in-house songwriter. Fast forward to 1997, where his travels took him to the Bahamas, where he remained a steadfast Scotch Whisky drinker.

“My family’s heritage is Scottish, but I'm like the third or fourth generation in Australia Mackintosh, Osborne. As a Scotch Whisky drinker, I came to the Caribbean in '97. By mid-summer, I was trying to drink a big heavy-peated Scotch Whisky, which I really enjoyed back in Australia in winter. Like the Lagavulin and all the big boys, all the big peaty ones."

"It was too much to drink in the middle of summer on a sunny beach in the Bahamas. I had a friend I developed a friendship with when I first arrived there, an older gentleman, and he would travel often to Cuba. He came back in about July or August in '97—it was really, really hot. And he said, ‘Here, you've got to try this. I just got back from Havana and I brought some Cuban Rums for you to taste.’"

“When I first tried the Havana Club 15-year-old, that was a moment that changed me. I said, okay, no more Whiskies. I'm drinking Rum in the Caribbean. That old-school Havana Club really stood out to me and that changed my whole thought process on brown spirits. At that stage, I started collecting Rum for the bar and bought any new Rum I could find if I was travelling through Miami or New York.”

When I first tried the Havana Club 15-year-old, that was a moment that changed me. I said, okay, no more Whiskies. I'm drinking Rum in the Caribbean.

After finding that most Rums being made around the Caribbean were too sweet for his palate Toby embarked on mission to blend a Rum that drank more like a Scotch Whisky. He met with a retired master distiller and convinced him to help him realize his vision. 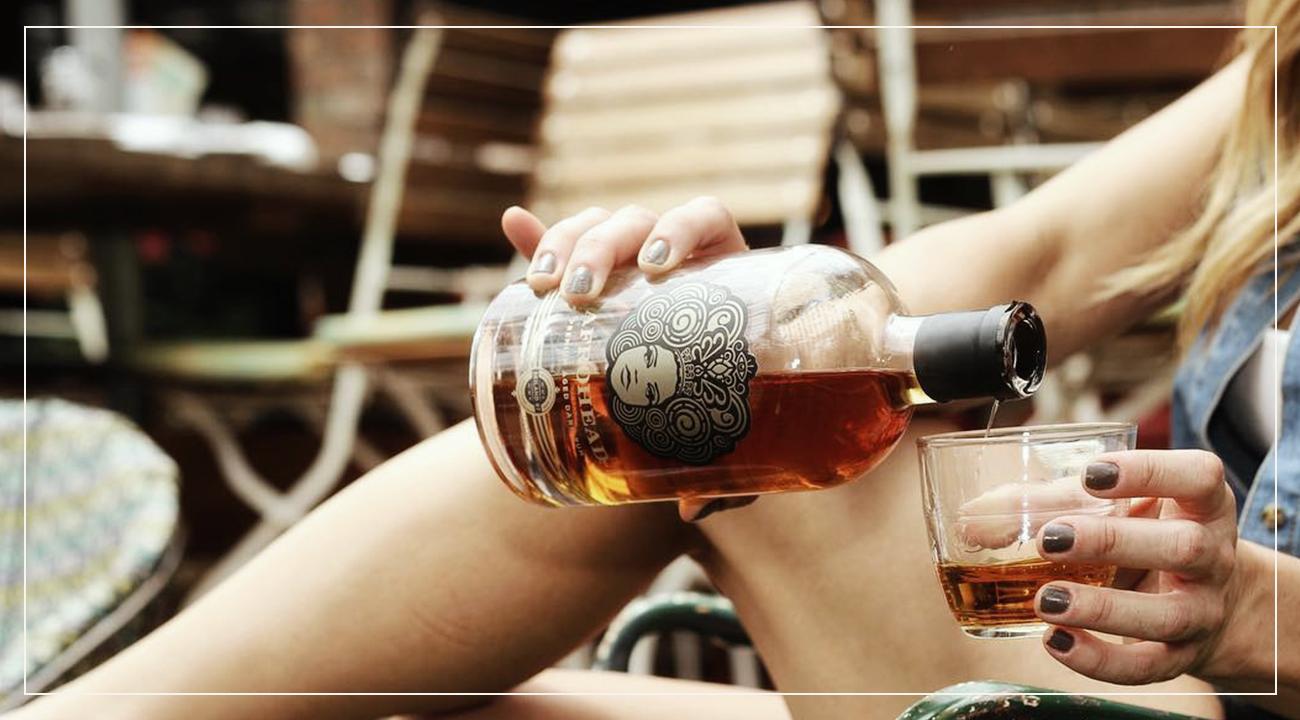 Currently offering two expressions—the 7-year-old premium-aged dark Rum and the 15-year-old XO—Afrohead pays homage to the first Rum makers of the West Indies by making their Rums aged and dark. Toby and Afrohead’s co-founder Joe Farrell pull ingredients from all around the West Indies, including sugar cane molasses from the Dominican Republic and a 100-year-old yeast strain from Trinidad. The juice is then distilled up to five times before being aged in Bourbon oak barrels. 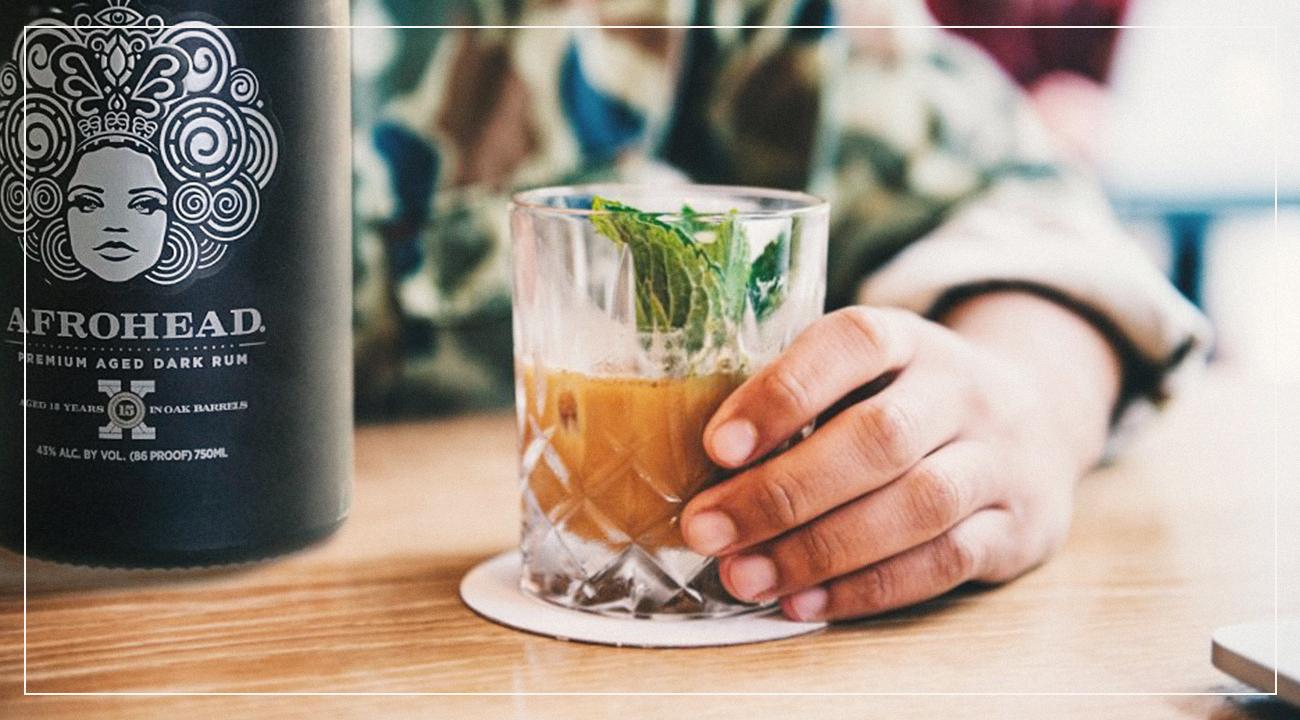 "And then I’ll say, ‘Hold on, before you have the next sip, run your tongue around your mouth—there's no residual-like sugar lag on the palate.’ What's important with the 15, is that there are basically no sugars. A lot of Rums have sugar added—which I have no problem with. But when you add back that sugar, you also leave some fatigue on the palate. You can't drink a lot of it."

"Again, I don't have anything against it. It's just not the way I did it. Doing the 15-year-old was very deliberate— as was the 7. When it went in the first competition, it was the only Rum that was the Masters in the UK, January 2015. It was the only ultra-premium Rum that won a gold medal that year and there was like a note from all the judges saying, ‘We're disappointed in this category—things need to change.’"

1) If you could have one superpower, what would it be?
Being invisible. So then I could go and see what everyone's talking about after you leave a restaurant or a bar or...

2) How would you explain your Rum in three words?
Elegant, classy... elegant and classy are the same. Elegant, accessible, and—it's just wonderful. It's pleasurable.

3) What is your favorite music and what drink goes with it?
Oh, Prince, anything Prince. Afrohead 7 neat with some lemon zest, listening to Prince on a really hot summer day. One of his greatest tracks, "Sex in the Summer," from the mid-90s and drinking Afrohead 7 with some big chunks of ice in it and yeah, like a beautiful piece of lemon rind.

4) What would you eat and drink for your last supper?
I'd drink some '82 Petrus with some really nice New Zealand rack of lamb charred on the grill, seasoned really well, with a good amount of salt, some grilled baby bok choy, potatoes with lashings of butter—like salted butter over those potatoes—and some black truffles.

Sorry, that was a long version.

A simpler answer is the black winter truffle sandwich from the Hotel Terminus, Cowell.

For a while, the only way you could get your hands on a bottle of Afrohead was by stopping by Harbour Island in the Bahamas, where locals learned to pick the Rum out of a lineup of bottles by its unique label—a stylized image of a Bahamian woman that was designed to pay tribute to the island’s culture and the first Miss Bahamas.

Not long after, they tested the waters in the Miami market before moving their Rum onto a much riskier venture, none other than Nashville—hardcore Whiskey drinkin’ country.

"Fluid [Afrohead’s agency] said, ‘okay, we've conquered Miami. Let's go to Nashville’ I'm going, ‘We can't go into Bourbon country.’ I was terrified. And it was like, ‘Okay, we'll go into Nashville, middle of Bourbon country and we'll give it a go.’ And we went to a few of the top bars and restaurants there and I stood in the background going, ‘Oh, my God. They're gonna kick us out of here, bringing Rum into Nashville.’"

"Nashville just took off over the last few years. I go there, I love it. I walk in there and they're going, ‘Oh, my God. We love your brand. We love you.’" 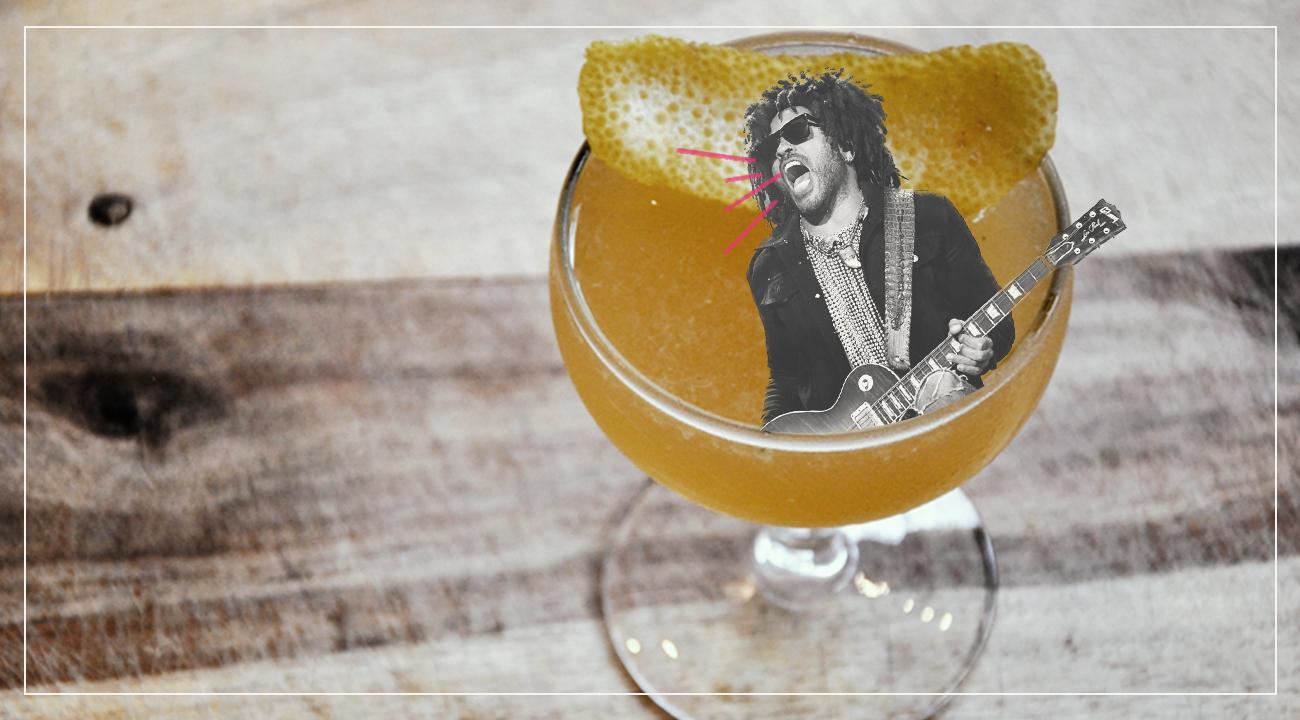 Currently, you can find Afrohead converting old-school Whiskey drinkers in 12 U.S. markets along with the Bahamas. With hopes of expanding into 20 markets in the very near future, talks of an exciting limited-edition blend is in the air that would include a collab with rock badass Lenny Kravitz.

“Lenny and I have been talking about it for years, doing a Lenny blend. He'd tell stories. I'd tell stories. And I just said, ‘Yeah, we should just go and make Rum one day.’ He said, ‘Great, great, we'll just go down and make some."

Just another day in the life of a Rum savant.
Read more about:
Published Jul 19th 2018
By Jackie Gutierrez-Jones