5 Original Ways to Drink Your Scotch this Christmas

Published in:
By Calum Gee 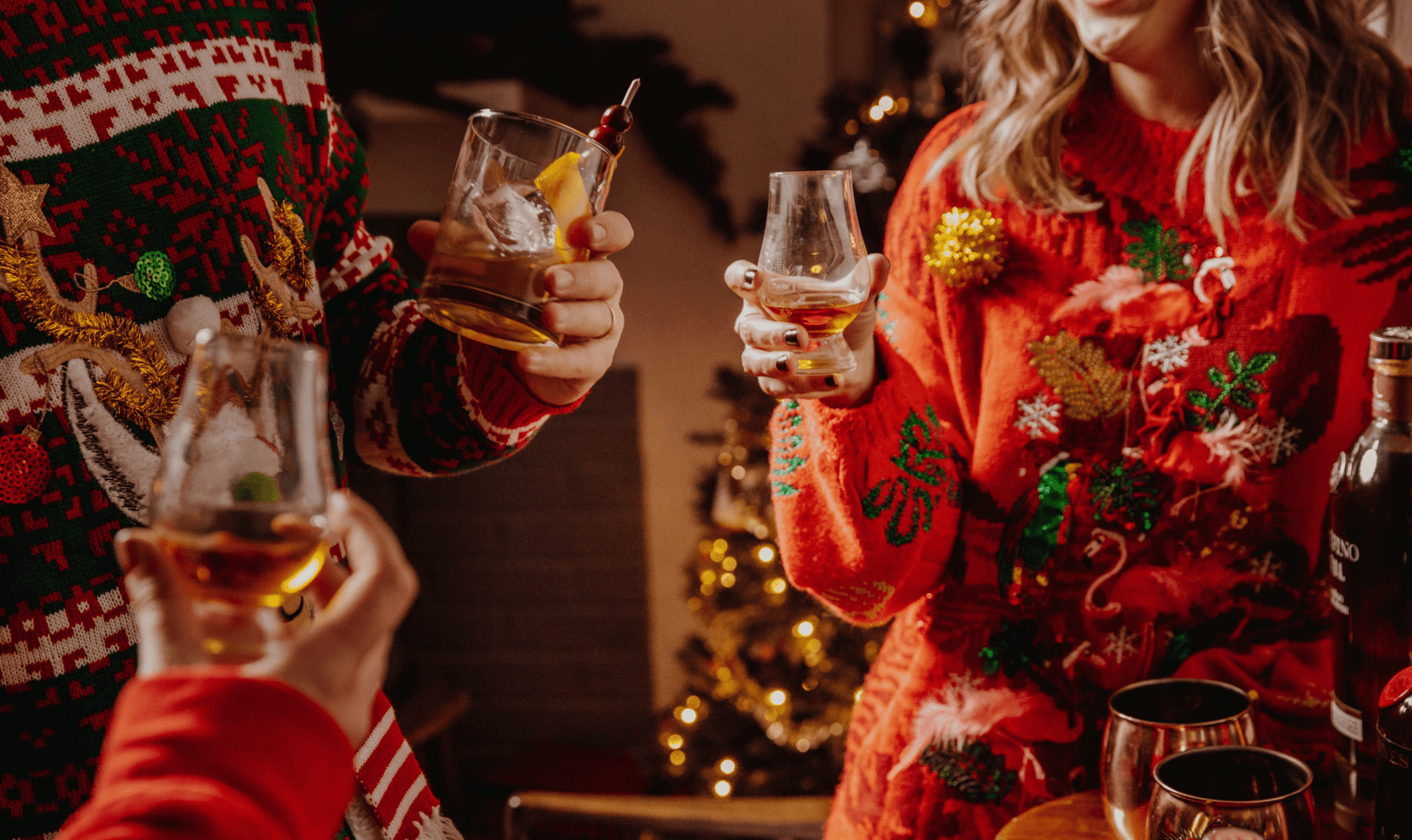 You may be used to drinking your Scotch straight or on the rocks, but hey, it’s almost Christmas, let’s do something a little bit different. It's that most wonderful time of the year and you most definitely deserve some wonderful drinks to go with it.

Over the last few years especially this idea has been changing. Johnnie Walker released Blender’s Batch, a series of cask-finished Scotch Blends that they claim are ideal for making different Whisky cocktails.

Monkey Shoulder, the Blended Malt at the heart of the Whisky cocktail revolution, has also announced a Peated variety of their Malt. They even admitted that this was done in response to bartenders who were requesting a Peated Scotch to use in cocktails.

But now, even the Single Malts are getting in on the action. Auchentoshan Bartender’s Malt was released in 2017 after the distillery opened its doors to twelve of the world’s most famous bartenders. With the help of the master distiller, they created, designed, and released a Single Malt Auchentoshan with the Scotch Cocktail in mind.

So how can I get involved?

While a few of these products are still exclusively available to on-trade bars and restaurants, we felt it would be a shame not to get in on a piece of the action. After all, if the bartenders are getting to have some fun with Scotch Whisky, then why can’t we?

So while everyone else is sipping on their Mulled Wine and lukewarm Mimosas this Christmas, treat yourself to one of these Scotch Whisky Christmas Cocktails.

This one has to be tried for the name alone right? After releasing a Single Malt made by bartenders, for bartenders, it wasn’t long before Auchentoshan announced that each bartender involved in the Malt-making process would come up with their own signature Cocktail.

One was the Weegee Mizuwari. This simple Cocktail involves:

It may sound too easy but the inventor, Jack Wareing, is one of the most recognized mixologists at the Dandelyan Bar in London, this year’s best cocktail bar in the world according to the Spirited Awards.

The good news as well is that this Whisky is available to purchase. The Bartenders Malt is described as a 47% ABV Whisky with tasting notes of dried apricots, milk chocolate, cherry blossom, and brioche. Give this one a go and you may be a champion cocktail maker in no time.

For this cocktail, you can use one of the best Scotches under $100.

The classic hot Whisky cocktail can’t be overlooked during the Winter season. Some even argue that this helps relieve any symptoms of the cold during the chilly months. If anything you are just being responsible by giving this one a go.

Trying this with Smoky Monkey Shoulder could add an interesting twist when you can get your hands on it but for the moment the Original Monkey Shoulder, a smooth Blended Malt with gentle sweetness, works really well. The Malt adds an interesting layer of sweet contrast to the lemon but also brings out the warming honey in the cocktail.

There are many twists you can add to this one to make it your own, but you are essentially looking to add a slice of lemon and a spoonful of honey to boiling water. Once this has been mixed well add your Scotch and serve. 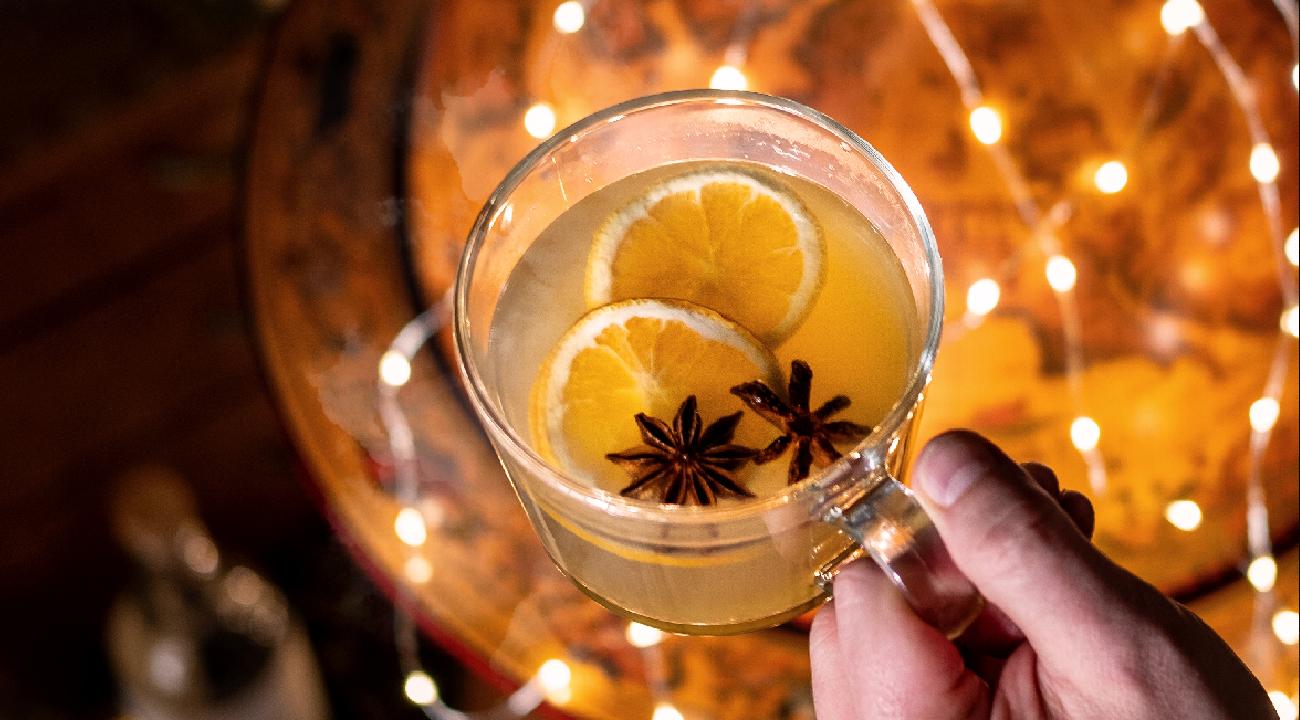 Some people like to add a bit of spice to the mix and with it being Christmas you may have some around to use. Clove and cinnamon are especially popular with a Hot Toddy to add a final touch of garnish to your Cocktail.

Ignore the fancy name. What you’re basically doing here is swapping the Gin out of a Negroni and replacing it with Whisky. Happy days right? For this one, you’ll need to have a bit more of a stocked alcohol cabinet but if you do then this mix is well worth a go.

You’ll need Sweet Vermouth, Campari, and Scotch to get things going and start by mixing them at a ratio of 1:1:1,5.

Let Scotch be the star of the show basically! Serve with ice and a twist of orange peel for a strong Whisky cocktail that will definitely get the party started. 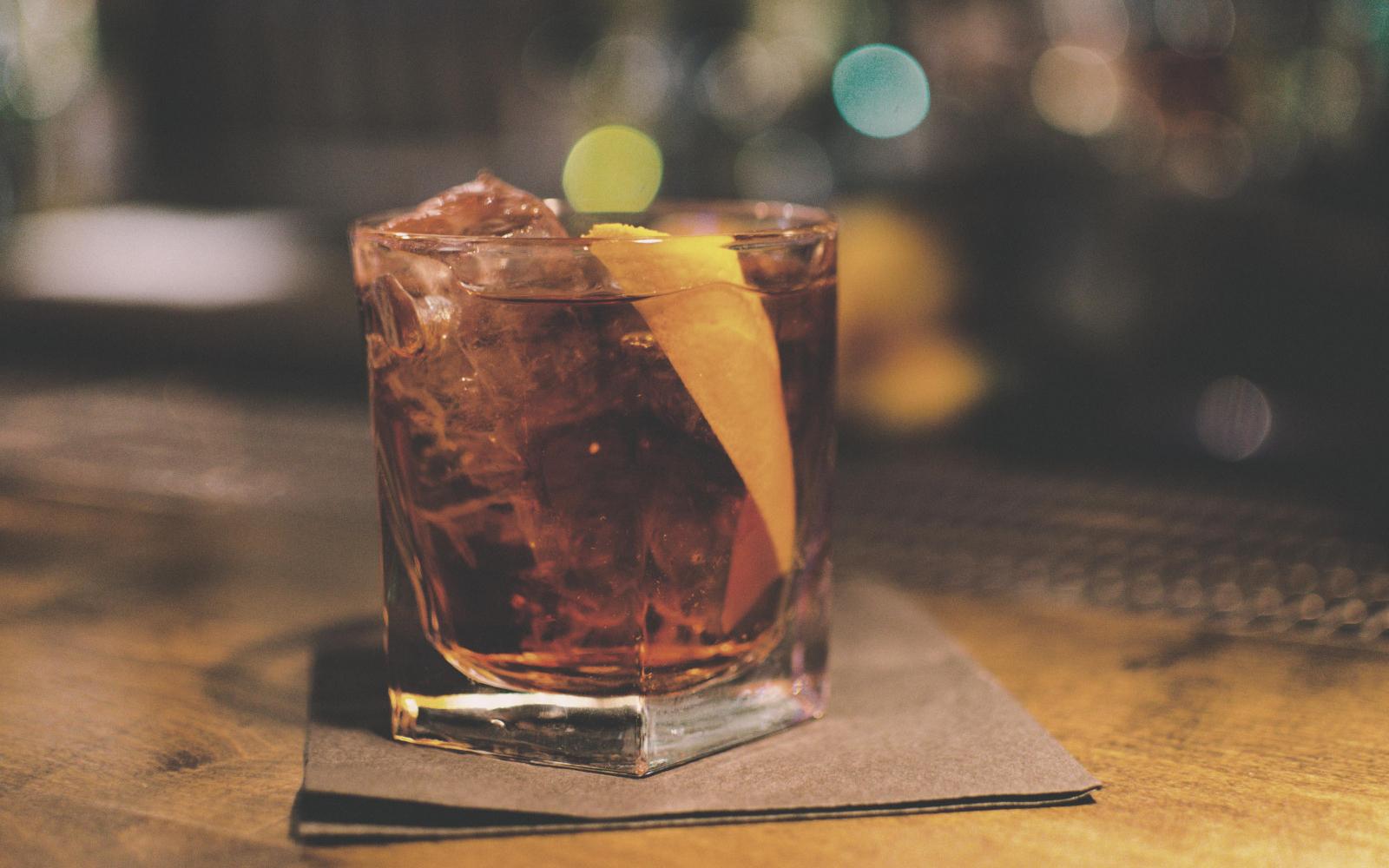 Balvenie DoubleWood 12 year old worked really well for us when making this one. It’s a well-balanced, easy-drinking Malt that combines nicely with the Campari and Vermouth. You may have had this with Bourbon but stand out from the crowd this Winter with the Scotch version.

During the festive season, it will only be a matter of time before the Champagne gets popped and the celebrations begin. While everyone else reaches for the Orange Juice in order to give their Champers a bit of sweetness, you should be reaching for the Whisky.

Start by mixing a cube of brown sugar and a few drops of bitters with your Champagne. Then, add your Scotch and stir until all the components are combined.

We’d recommend a sweeter Scotch for this one, preferably something that has spent a lot of its maturation in Sherry Casks. Something like Macallan 12 years old would be ideal. The rich Sherry sweetness of this Whisky accentuated by the brown sugar will add a nice contrast to the Champagne in the same way as orange juice.

With the Christmas cake notes of this Whisky also coming through, this really is the ideal celebratory option for the season.

For those of you still convinced that Scotch should just be drunk on its own the ‘traditional way’ then let’s finish off with a bit of a history lesson.

In the grand scheme of things drinking Single Malts is relatively new to the world of Scotch and only grew in popularity around the 1960s. Before this, the high majority of Whiskies were blended and when Scotch was first invented, they rarely drank alone.

In the Highlands especially, different Scotches would be mixed together from all sorts of locations. Drinkers would then add water, lemon, and any spices they could get their hands on at the time to add flavor. If anything, the traditional way of drinking Scotch is to make a cocktail!

So here’s a twist on the original Scotch Cocktail ideal for this time of year. First things first get yourself a quality Blended Malt. We’d recommend our new Son of a Peat, a great example of a Malt Blend bringing together different types of Scotch region flavors.

Shake this up with lemon juice, ginger syrup, a touch of honey, and serve over ice. For a bit of theatre, pour a touch more of the Whisky over the back of a spoon on top of the finished drink and it should neatly balance on top of the Cocktail and impress your Christmas party guests. Cheers!