from Blackwood Distillery
Founded in 2002
Blackwoods is the world’s first vintage Gin. Made with botanicals harvested once a year from the Shetland Islands, each vintage is slightly different due to changes in the quality and quantities of the botanicals.

Blackwood Distillery on the Isle of Shetland was first opened in 2002 and began producing locally sourced Gin and Vodka. The company went into administration a few years later. However, with recent interest from Canadian investors the distillery looks set top open again, making it the most northerly distillery in Scotland. There could be hope for Blackwood yet, the world could still see a Shetland malt someday!

From the Shetland Islands comes angelica, sea pink flowers and meadowsweet, with the last two giving the Gin a slight greenish hue. The juniper, nutmeg, coriander, citrus peel, and more, are added.

The distillers would be foolish to try and create the exact same flavor profile year on year – instead they allow each year’s crop to dictate that particular vintage’s final flavor (which doesn’t vary wildly from the next).

The Flavor Spiral™ shows the most common flavours that you'll taste in Blackwood gin and gives you a chance to have a taste of it before actually tasting it. 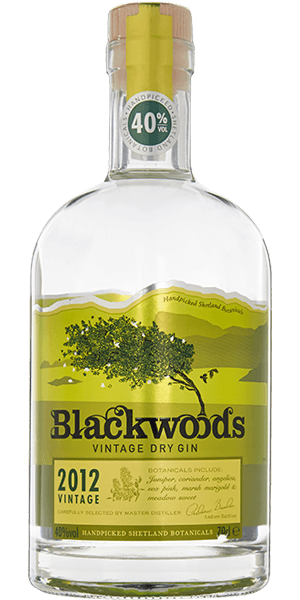 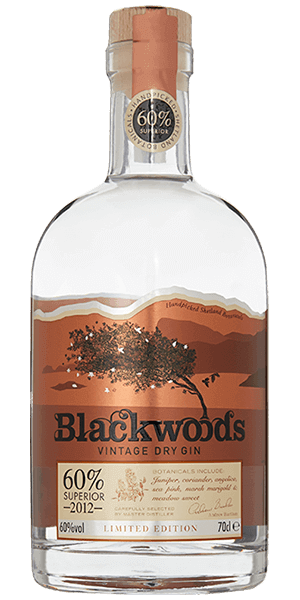