Black Button’s flagship Bourbon with a bright, layered palate and a hint of floral aroma.

In 2012, Jason Barrett was a 24 year-old working in his great-grandfather’s button-making factory in Upstate New York, just like four generations of his family. But he was made for a different path. Before the year was out, he started his small-batch distillery operation in his home town of Rochester. But he is sentimental enough to have named his new rebel business after the family tradition — Black Button Distilling. Today, he has developed a range of unique products including a few Gins, their Four-Grain Bourbon, a Fernet, two Moonshines, Vodka, and an interesting "Bourbon Cream" liqueur.

Released in 2014, the Four Grain Bourbon was one of the flagship Spirits from Black Button Distilling. Where most Bourbons use either wheat OR rye, this dram uses both in addition to the corn and malted barley. The official ratio of the mash bill is 60% corn, 20% wheat, 11% malted barley, and 9% rye. Importantly, all the grains are sourced locally from farms near the distillery in Rochester, New York. Each bottle is comprised of barrels that have aged between fourteen and twenty-six months and it’s bottled at 42% ABV.

The Flavor Spiral™ shows the most common flavors that you'll taste in Black Button Four Grain Bourbon and gives you a chance to have a taste of it before actually tasting it.

Nose / Aroma / Smell
The aroma is lively with notes of crisp herbs, blackberries, some florals from the barley influence, and a bit of leather.

Flavor / Taste / Palate
The complex palate is layered, robust, and bright with notes of Angostura Orange Bitters, melons, charred oak, and a dark caramel sweetness on the back palate.

Finish
The finish is surprisingly smooth for its youth with a hint of sweetness. 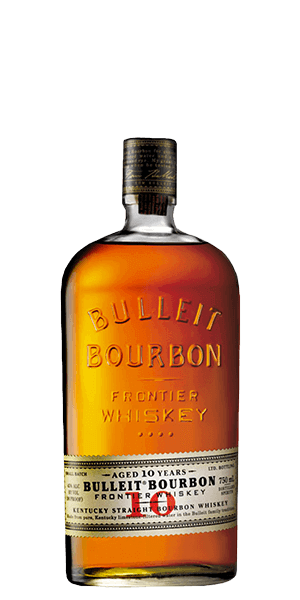 Anthony, Jul 17, 2020
Overall smooth with a hint of smokiness at the end. You get some notes of cinnamon with a little bite. Tried it neat, with plans of different ways to experience other aspects it has to offer.

Roland, May 28, 2020
I also recently discovered that this was the true #5 included in the Whiskey Tasting Box aka 12 Days of Whiskey instead of the Black Button Cream Liqueur indicated on the card.

Dan, Apr 26, 2020
Really liked this. The card was mislabeled in the 12 days of christmas box. But I contact Flaviar and they very quickly responded indicating this is what was actually in the vial. I will be ordering more

Cameron, Jan 16, 2020
This is good not great. The nose is very unique and musty. Reminded me of an old building. The taste is insanely nutty. I get Brazil nuts very intensely and it lasts all the way through the finish. Definitely glad I tried this because it's unlike any bourbon I've ever had.

Matthew, Jan 13, 2020
Color is amber. Nose is a little off-putting, with dull, stale wheat dominating the nose. Trying to get closer to get deeper/more subtle hues just leads to a burn of ethanol. Without any notes from the nose, first sip is bland. Wheat, a little oak, a little rye spice. Minimal sweetness, minimal vanilla, caramel, or cinnamon expected from a classic Bourbon. Mouthfeel is average. Finish is a tail of the rye spice. Young, youthful whiskey with a unique four grain mashbill that is the only saving grace. Otherwise quite boring.
Load more reviews