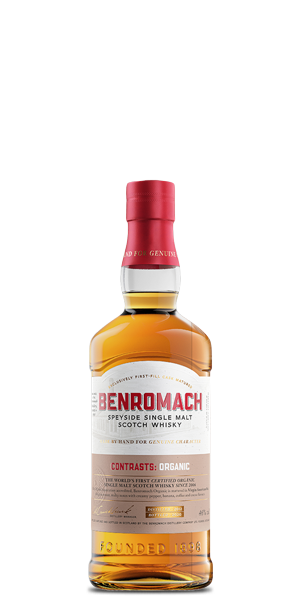 Benromach was founded in 1898… smack dab in the middle of the Great Scotch Whiskey Depression. After a few years of floundering, they pulled themselves up by their collective kilts and hit full steam by 1911. The facility changed hands a few times to mixed success. But in 1993, Gordon and MacPhail purchased the site and started refurbishing things in 1997. They officially reopened — with a ceremony conducted by Prince Charles, no less — on their 100th anniversary in 1998, and the first "new" bottling was issued in 2004. Today they produce a wide range of Whiskies of various wood and aging combinations.

The "Contrasts" rage of Single Malts from Benromach is designed to highlight a specific attribute in the Whisky. Benromach Contrasts Organic asks the question — keeping everything else equal — what does a dedication to organic production do to their famous Single Malt? That effort led to the 2006 release becoming the first certified organic Single Malt. Well, now the latest release of this special dram is available and it’s as good as you expect. It’s matured exclusively in virgin American oak and bottled at a perfect 46% ABV.

The Flavor Spiral™ shows the most common flavors that you'll taste in Benromach Contrasts: Organic and gives you a chance to have a taste of it before actually tasting it.

Flavor / Taste / Palate
The palate opens with a soft, creamy mouth-feel with notes of butterscotch, banana chips, marmalade, and a dash of cracked peppercorn for spice.

Finish
The finish is medium-to-long with some orange and cocoa notes. 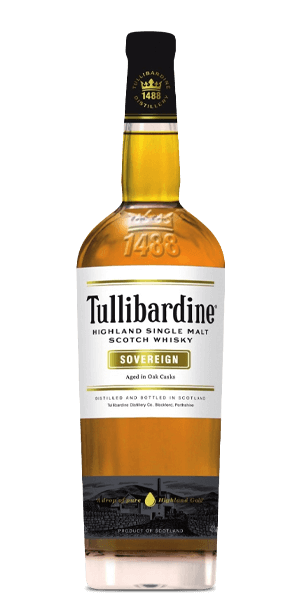