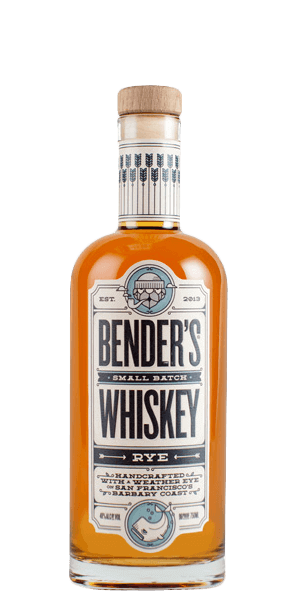 Buyer Protection
Money-back guarantee if things go wrong.
At the end of the rainbow,
you'll find a bottle of Whiskey.

Bender’s Whiskey is located on Treasure Island — a man-made island in the San Francisco Bay. The distillery was founded by Carl Bender, who hired Christopher Cohen as their Master Blender. Chris spends his days assembling Rye Whiskey batches from across North America into their signature — and only — product.

Bender's Rye Whiskey was first released in 2013. Every batch is different, so Bender’s tastes a bit different from year to year. What they are pouring today is a high rye combination of Rye and Corn Whiskeys without the barley or wheat that some producers mix in. That means that you get spice and tang ‘a-plenty. Rye Whiskey has seen a huge increase in popularity, mainly due to the explosion of craft cocktails that use it as a base. Bender’s Rye will fit right in with its stout, peppery flavor and 45% ABV.

Bender's Rye Whiskey has been aged between seven and thirteen years, with some of the juice being aged in the Hoffmeister Barrels for additonal 14 months.

Smartass corner:
If you’ve been to San Francisco you know that there are two ways cross the bay: The Golden Gate Bridge and the Oakland Bay Bridge. The latter actually looks like it was assembled from the left over parts of 5 or 6 other bridges. The first “leg” of this bridge runs from downtown San Francisco to Treasure Island.

The Flavor Spiral™ shows the most common flavors that you'll taste in Bender's Rye Whiskey and gives you a chance to have a taste of it before actually tasting it.

Flavor / Taste / Palate
Sweet sensations of caramel and vanilla with some creamy undertones dark red fruit flavors in the background.

Finish
Rich and full of rye taste that is just everlasting. 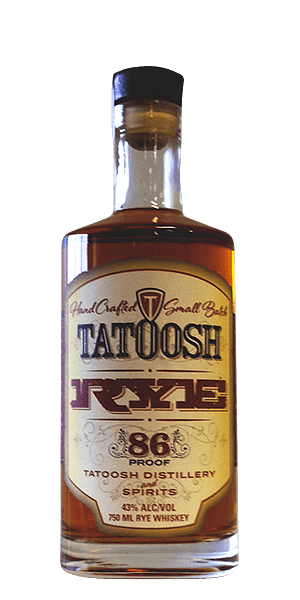 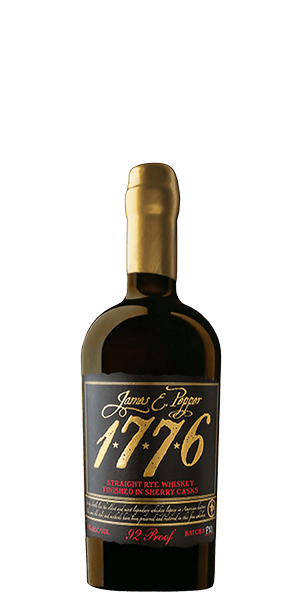 Matt, Jan 12, 2020
Sweet and buttery with just enough spice. Not a great sipper, but I can see it as a good base for a cocktail, lots of different notes going on that could compliment many different types of cocktails. For the price, though, I wouldn’t make it my first choice.

Todd, Dec 29, 2019
This is one of my least favorite ryes I have tried. Very heavy on the alcohol. Almost medicinal.

Daniel, Dec 13, 2019
Aroma:. Slightly sweet, Woody, iodine-y. Taste: malty with a hint of spice. Alcohol overpowers. On ice: malty, hint of sweetness. Not going to be high on my list of ones to buy or drink again. Won't turn down if handed to me.

Lane, Nov 18, 2019
Pure alcoholic smell couldn’t get past but had sweet buttery taste with a spiced finish. Too strong of a smell and too sweet for my taste

Craig, Jul 16, 2019
I feel like I must have gotten a different batch from other reviewers here. I found this terrible, all ethyl at the nose, then thin and rough and quietly chaotic from start to finish. It brings me no pleasure to give such a negative review, and I wish Bender's well, but boy there's not much to like here.

Byron, Jul 5, 2019
Let it breathe and it will take your breath away

Shannon, Mar 15, 2019
Sweet and spicy, but not much else. Maybe walnuts and honey? Smooth, though.

Roy, Mar 2, 2019
Smooth start with a spicy finish. Really wasn’t expecting that much bite, but I liked it

Jonathan, Feb 11, 2019
Smells like paint thinner but has a delicious light body.

Scott, Jan 30, 2019
Not very smooth and has a rough spicy flavor that just lingers after. Keep trying new recipes Bender’s this ones not for me

Stephen, Nov 10, 2018
All I really tasted was spice and vanilla. Was my least favorite of the 3 samples in the 2nd Generation Rye sampler.

Joshua, Sep 1, 2018
Definitely perfect for an old fashioned or manhattan. I would most likely enjoy it neat for desert after a meal.

Robert, Aug 17, 2018
A little spicy. Quite sweet. Would balance with some bitters in an OF.

Amy, May 1, 2018
LOVED this. Almost like a hot buttered rum — dessert-like for sure. Smooth and warm.

Scott, Mar 21, 2018
Close but not cigar! The nose made me think I was about to sample a liqueur or something super sweet. As pleasant and the dominate notes are the finish ruins it for me. It's just too subtle. The sweetness has nothing to compliment it. Needs more character.

Peyton, Oct 1, 2017
Beautiful Creamy Vanilla Nose!! Vanilla Creamy Body. With Rye and Cinnamon Lingering at the end. This one is the best of the Tasting Set!!