Distillery
Founded in 2012
Distillery and Brand Atlantic Galician Spirits is the brainchild of restaurateur Xoan Torres Cannas Sommelier, and Winemaker Juan Luis Mendez of Adegas and Viñedos Vía Romana, who set out to create a 100% Galician distilled Gin.

Owned by The Osborne Group, a privately held Spanish company dedicated to the production of Wine, various Spirits, Iberian pork products, even mineral water.They oversee the production of various "sherries and brandies in its hometown of El Puerto de Santa María"

Atlantic Galician Spirits' named their Nordés line of Spirits after the consistent trade winds of the Atlantic that blow Eastward across the Atlantic sea onto the costs of Galicia in Northern Spain.

They use locally-sourced ingredients in their distilled Spirits. This imparts a refreshingly unique flavor to all of their products and you feel like you can taste a little of Galicia in every sip. Galician Spirits produces a  a Galician Vodka crafted from native potatoes, and a Galician Atlantic Nordés Gin.

Their products are produced on the windswept shores of the Galician coast, and made from locally-grown ingredients. Under the guidance of master distiller Joseph Alvela, their Galician Gin is crafted using a maceration technique, using a distilled, locally sourced Albariño grape Spirit.

Albariño or Alvarinho is a variety of white Wine grape grown in Galicia, Monção, and Melgaço. The Galician Gin is Infused with 14 locally sourced botanicals; including hibiscus, licorice, lemon peels, and ginger.

Dog Dogson's
Smartass Corner
The brand is named after the Nordésia northwest wind which is often said to bring good weather and good wishes. 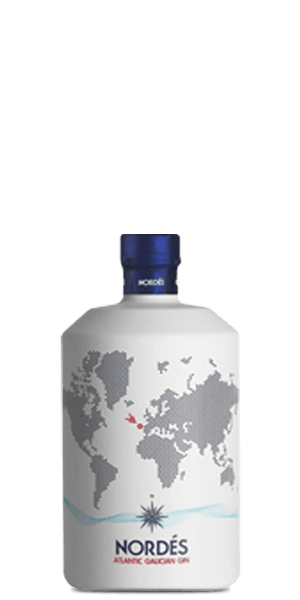 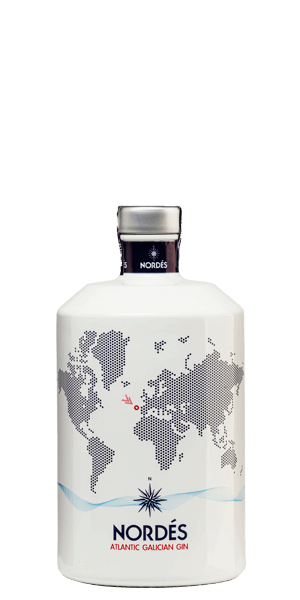