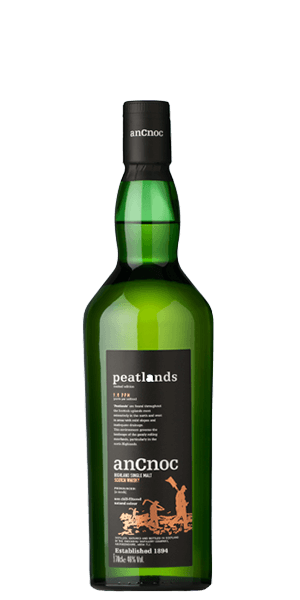 It’s a dram of class and elegance sipped neatly in a fine cigar bar.

John Morrison found a patch of land rich with barley, Highland spring water, and shallow bogs of dry peat. He smartly grasped the opportunity and bought the Knock Estate from the Duke of Fife, giving birth to the Knockdhu distillery 1894. With time the methods of production have changed, but their dedication to quality has not. Today they produce a wide range of Single Malts of various styles, ages, and special editions.

Even if you are a big fan of anCnoc’s Single Malt Whiskies and love smoky Whisky, don’t be surprised if you’ve never hear of anCnoc Peatlands. That’s because — up until now — this has been a “regional exclusive.” That means that it has only been sold in European countries north of Italy as a limited release. But Uncle Flaviar knows a few guys, who know a few guys … and a few cases of the stuff ended up in the warehouse. This is NOT a “beat you over the head with a fireplace log” Whisky. It’s first and foremost a Highland Single Malt with a fruit-forward style. But the malt is lightly smoked — just a kiss, really.

Smartass Corner
The smoky/peaty/charring flavor of some Peated Whiskies is measured by the phenol levels in parts-per-million (ppm). anCnoc Peatlands clocks in at just 9.0 ppm. By contrast, Bruichladdich Octomore is a heavily-peated monster with 169 ppm — nearly nineteen times higher.

The Flavor Spiral™ shows the most common flavors that you'll taste in anCnoc Peatlands and gives you a chance to have a taste of it before actually tasting it.

Nose / Aroma / Smell
Mixed citrus and peat with a whiff of cinnamon-apply crumble. 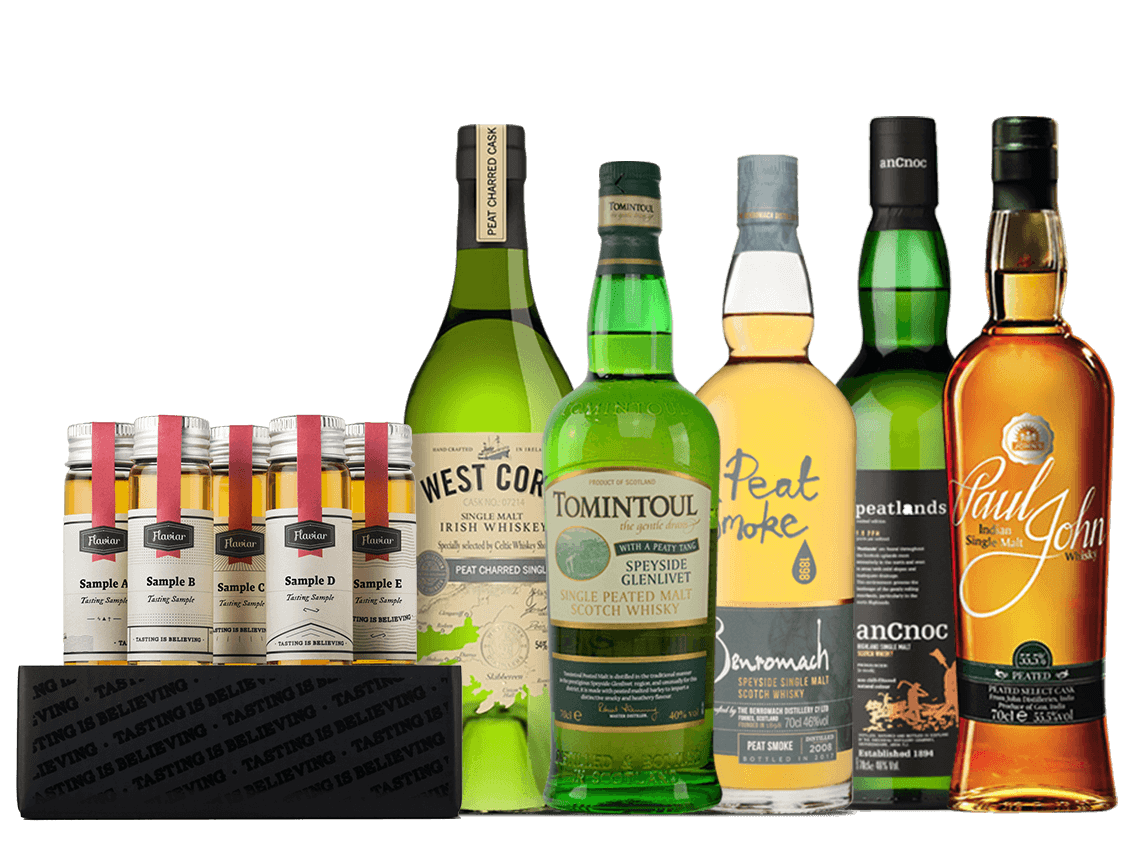 Antti, Jul 6, 2019
It is an outstanding, intense, 'Single Malt Scotch Whisky with a fruity & earthy birth; while a creamy & rich life that l;eads to a delicate death of medium length with floral & vanilla notes.