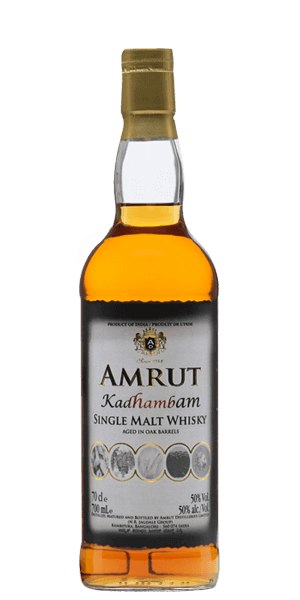 The aptly named Amrut distillery (Amrut is Sanskrit for “the elixir of life”) is the first Indian company to have produced single malt Whisky; it may not have the longest tradition, but it certainly won over many foreign markets, fans and critics in the last decade. It started with very successful blind tests in Scotland – where they were often compared to Speyside malts – and went on to have their Whiskies ranked among world’s best on multiple occasions.

The distillery, established in 1948 in Bangalore, is also particular in its decision against using computers and automation; they prefer to offer more jobs to the people, so everything down to bottling and tightening the caps is done by hand. Today, they produce a range of 11 core product and their dedication to traditional craftsmanship is something you can taste in the every product they make.

On the other hand, the distillery is known for their innovation and experimentation when it comes to maturation and Amrut Kadhambam is a testament to that. The base, which is a mix of Amrut Single Malt and a small portion of Amrut Peated Single malt, has been matured in 3 different casks – Bangalore Blue Brandy, Rum and Oloroso Sherry Butts. You see, Kadhambam means “mixture” or “combination” and Amrut certainly doesn’t mess around.

Now, with technicalities out of the way, we can finally talk about the flavor. Full and complex, this unique combination of novelty and tradition with layers of different flavors certainly intrigues and provokes. A mixture of wild temper and subdued integrity, if you will. Will some of you find it a bit too much? Perhaps. But the opposite of love is not hate, it’s indifference. And we can certainly promise that this dram will leave no one indifferent.

The Flavor Spiral™ shows the most common flavors that you'll taste in Amrut Kadhambam and gives you a chance to have a taste of it before actually tasting it.

Finish
Long and spicy with just a bite of smoke

William, Jan 3, 2021
The caramel and spice hit right off followed by a smokey flavor. Not much of a fruity taste noticed but does have a light sweetness to it. Not bad but not one I would stock in my liquor cabinet.

Sasikiran, May 2, 2019
Tastes like having whisky ,Brandy and Rum in one sip - and makes you keep thinking what this thing is. Very interesting single malt- like enjoying it

Harry, Oct 25, 2018
Not a big fan. It's in your face right away. Many whisky loving friends tried it at my home, and no one wanted a second glass... They prefer other bottles as well.