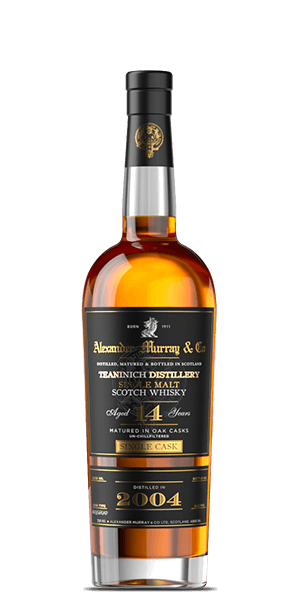 Founded in 1817 by Hugh Monro, Teaninich is the powerhouse Single Malt producer in the Highlands that even die-hard Whisky fans have never heard of. That’s because ALL of the Spirit goes into Diageo’s blended Scotch portfolio, including Johnnie Walker — there are no official Single Malt bottlings. The only tastes we get are when a few, rare orphan casks are made available. This is one of those times.

Alexander Murray Teaninich 14 Year Old was distilled in 2004. Exactly how the folks at Alexander Murray got their hands on cask No. 307455 is unknown. But they released an extremely limited number of bottles at 54.3% ABV and you should get one.

Smartass Corner:
Teaninich has been a Highland powerhouse producer since day one. Through a process of continual expansion and refurbishment they’ve stayed at the leading edge of quality and output.

The Flavor Spiral™ shows the most common flavors that you'll taste in Alexander Murray Teaninich 14 Year Old 2004 and gives you a chance to have a taste of it before actually tasting it.

Finish
The finish in soft by lingering with pears and toasted oak.