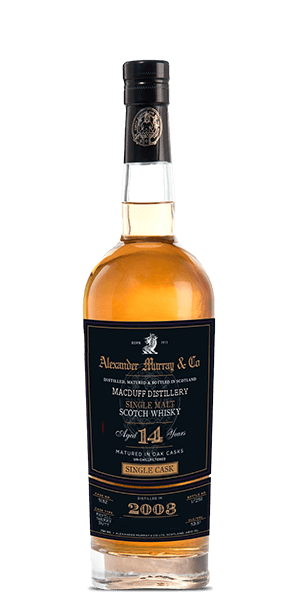 A wonderful, bright, summery dram from the Macduff distillery.

The Macduff Distillery has only been around since 1962, but it has been producing coveted Single Malt since day one. In the past it was called the Glen Deveron Distillery because it sits near the mouth of the River Deveron — a sister river to the more famous Spey in the Highlands. Alexander Murray Macduff 14 Year Old 2003 is comprised of a few select casks saved from the blender’s vat. It’s been aged fourteen years and bottled strong with no artificial complications for a light, fruit-forward dram with a lightly sweet granola and musli tone. Single Malt bottlings from Macduff can be very hard to find.


Smartass Corner:
Macduff was a legendary hero-king of Scotland. He appears in fictionalized form as the avenging hero in the play Macbeth.

The Flavor Spiral™ shows the most common flavors that you'll taste in Alexander Murray Macduff 14 Year Old 2003 and gives you a chance to have a taste of it before actually tasting it.

Nose / Aroma / Smell
The aroma is bright and fresh with notes of citrus zest and roasted grain.

Finish
The finish is clean with a hint of lemon curd. 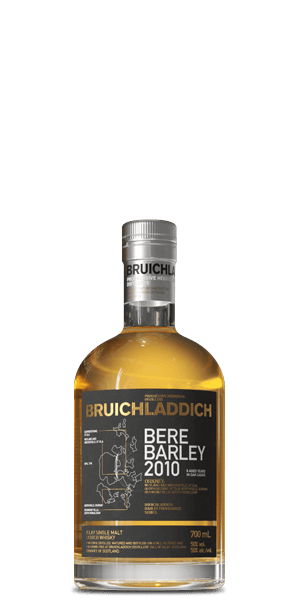 John, Jan 23, 2021
Very interesting. The nose was full of pine which I can’t say I’ve gotten from a whisky before. The taste had the same not. High ABV but not too hot in the flavor. Definitely my favorite of the sampler pack.

Christopher, Dec 10, 2020
This was a beautiful experience.

Paul, Nov 18, 2020
The Flaviar tasting notes on this are right on. The nose is fresh grain and citrus zest. The initial taste is a hard to place zest (perhaps kumquat / shikuwasa / grapefruit?) and raw cranberries without too much bitterness. There's a smoky flavor that is more akin to burnt grain (perhaps lentil?). There's a little sweetness on the finish that mixed with the citrus zest flavor comes off as a sweet lemon (again, Japanese shikuwasa comes to mind). Its not for me, as I don't like bitter flavors in my whisky. This is still enjoyable because the flavors are just reminiscent of bitter instead of actually being bitter.

Thomas, Aug 1, 2020
We love Flaviar! My first 3-dram sampling was the Alexander Murray. This last sample wasn't bad. But on the flavor profile, I'm afraid Flaviar is going to have to reprint their circular insert. Anyone that doesn't immediately pull pine from the start is following the masses and not their senses. Nonetheless, I loved every minute of this trio sampling. Looking forward to the next one soon.
Load more reviews