Joe Farrell, the owner of The Landing Guest House and Restaurant on Harbour Island, Bahamas, started hand-bottling his own Rum blend which was exclusively served to the guests in 2008.

It was labelled with a modern designed logo of a beautiful Bahamian woman's face – a tribute to the island's culture and the first Miss Bahamas. The Rum was only identifiable by this image, therefore the visitors were requesting 'the Rum with the Afro Head' - and so Afrohead Rum was born.

Afrohead Rum pays homage to the 17th century Rum makers in the West Indies by making their Rums aged and dark. It is deemed a Rum for Whisky lovers, as it is much less sweeter than the most Rums being made around the Carribbean. Afrohead is currently offering two expressions – the 7-year-old premium-aged dark Rum and theh 15-year-old XO.

The Flavor Spiral™ shows the most common flavours that you'll taste in Afrohead rum and gives you a chance to have a taste of it before actually tasting it. 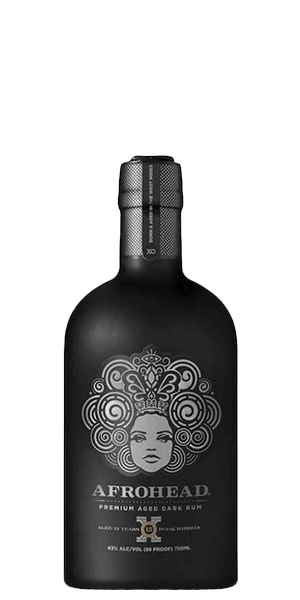